1
My 아니메 Pilot Ideas - School of Four Seasons
posted by windwakerguy430
Shinji walked passed the railroad tracks, and passed the 체리 blossoms. The sidewalk, in which he was walking on, was perfectly made, and went on for quite a while down the street. Shinji was walking along the sidewalk, avoiding the small gaps in between each sidewalk. As he was walking down the sidewalk, he soon saw, coming from the horizon, a large building that Shinji was new to. Shinji was from a completely different school. Ever since his mother died in a car accident, his father moved them from the rural 일본 to get into the city. It was to help get their minds off of their mothers death. Shinji was normally a social boy, but after the accident, and mixed with moving to a new school, he became very quiet, and was told to be heading to a new high school.
Once Shinji reached the front doors, he looked at the paper that he had gotten in the mail. It told him to head to room 2-3. Shinji was not familiar with this school. The walls were all light blue, and the windows took up half of the wall. As Shinji walked down the hall, he saw dozens of students talking to one another. As Shinji was walking, a boy wearing glasses was walking by, but soon tripped, and fell on his face. After clutching his head in a bit of pain, he got up and said, “Pardon me, but are 당신 Shinji Noragami”?
Shinji said, calmly, “Yes, I am”.
The boy fixed his glasses and said, “Well, allow me to welcome 당신 to your new school. My names . I’m Notashi Kitaru. I’m here to help 당신 find your classes”.
Shinji said, “Well, I’m looking for room 2-3”.
Notashi looked at the paper and said, “Well, what a coincidence. We have the same class”.
Shinji, not changing his facial expressions, stood there and sad, “Mm hmm”.
Notashi, still grinning, said, “Well, lets get 당신 to your class”.
With that, Notashi began to walk, with Shinji following behind. Shinji looked around the school. Every 벽 was light blue, half of the 벽 begin covered 의해 the window. It was an odd 디자인 choice for a school’s interior, which is what Shinji was thinking to himself. Finally, they came to room 2-3. It was behind a blue sliding door with a small window on it. Notashi tried to open it, but it didn’t seem to budge. After a while, Notashi let out a sigh, and scratched his head nervously, saying, “I always have a problem with these doors. I usually wait for someone else to come 의해 and open it”.
After that, Shinji easily opened the door and walked in, with Notashi following behind. Once inside, Shinji walked over to the back of the class and sat near the window, looking out it. Notashi looked at him and said, “So, I take it you’re not very social”?
Shinji said, not looking away from the window, “Not really”.
Suddenly, at that moment, a female voice said angrily, “Notashi”!
Notashi then said, “Oh no, its her”.
Suddenly, a girl with purple hair that was tied into a ponytail walked over and said, “Notashi, I thought I asked 당신 to help with my homework”.
Notashi, incredibly nervous, said, “But Kagami, I already did that”.
Kagami stared at Notashi angrily and said, “A bets a bet, Notashi, and 당신 lost, remember”.
Notashi let out a sigh and said, “Yes, I remember”.
Kagami then turned her attention to Shinji and said, “Hey, are 당신 new here”?
Shinji, still not turning from the window, said, “Yes. My name is Shinji Norigami”.
Kagami said, “Well, its nice to meet you. I’m Kagami Dendai. I’m not too good at school. Notashi, however, is an ace at schoolwork, so that is why he helps me”.
Notashi said, “Less of help and 더 많이 of, 당신 forced me to do it”. Kagami then playfully punched him in the shoulder.
The classroom door opened and in came in a well dressed man wearing glasses and a suit. He stood in the front of the class and said, “Good day, students. I am here to tell 당신 that your teacher, Mr. Ruigi has…. unfortunately passed away last night. I am filling in as a sub until a replacement can be given. 당신 can call me Mr. Hikiyumi”.
Kagami whispered to Shinji and Notashi, “You hear that. It sounds like that killer struck again”.
In that instant, Shinji began to be curious and he said, “Are 당신 saying there is a killer near by”?
Kagami said, “Yeah, totally. He’s the Bloody Grin Killer. He is normally seen around this area, and with each person he kills, he writes a smiling face on the 벽 with their blood”.
Notashi shivered at the thought.
Shinji said, “But, hasn’t the police done anything about this”?
Kagami thought, then answered, “No, not at all. They’ve been trying, but they haven’t even come close to stopping that guy”.
Shinji said, “Well, someone’s bound to stop this killer eventually”.
In that moment, Mr. Hikiyumi said to them, “Students, now is not the time for socializing”, and with that, they stopped their conversation immediately.

It was almost night fall, and everyone had gone 집 for the day. Mr. Hikiyumi was still in the school. He was always at his most calm when he was here. He also didn’t have a wife and child, so he was in no hurry to get home. As he stood in his classroom, looking out the window, he heard the classroom door open.

Shinji walked into school, wondering if Notashi and Kagami would come by. However, unlike usual, they did not come 의해 at all. In fact, there didn’t seem to be any students near 의해 at all. Shinji walked into the building, and headed to his classroom. However, as he was walking down the hall, he heard the voices the students getting closer. He followed the voices until he reached a large group of students, who were crowded around room 2-3. Shinji moved through the crowd of students to see what was going on. Finally, once he reached the front, his eyes widened in horror. There, on the ground, was the slashed body if Mr. Hikiyumi. And, on the all was a smiley face that was drawn on the 벽 in blood
lucyhaertfilia likes this 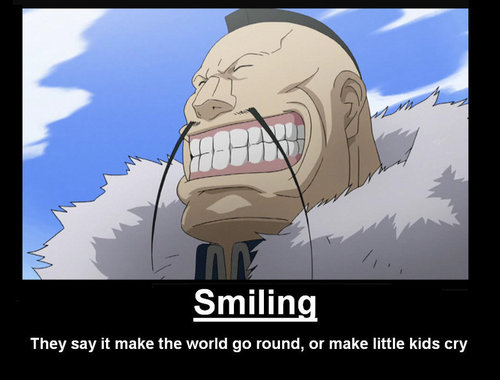 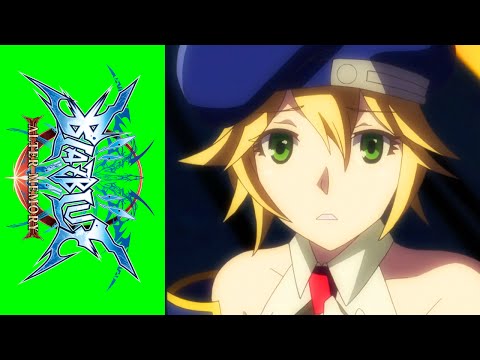 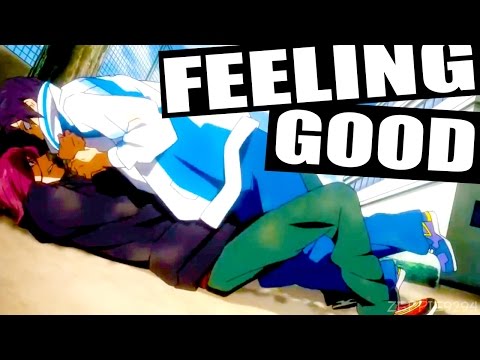 1
Code Geass: Akito The Exiled
added by MisterH
video
Vocaloids!: The Origin (CHAPTER 2: Two Sides of a Broken Mirror)
posted by anifanfreak
The figures watched Miku fly past with Kaito, they spoke to each other.

"I dunno, she's cute, I kinda feel bad for her. It looks like she was crying." cooed the other, a girl.

"Should we find out why?" said the other.

They wandered off, in pursuit of Miku.

Miku had ducked down in a small park, overlooking the city, she leaned against the rail constantly wiping the tears from her face. She sniffled and hiccuped, quietly wailing to herself.

"Hello, Hatsune Miku-san." Said a young boy, about her age, his hair was bright yellow and he had a pair of headphones...
continue reading... 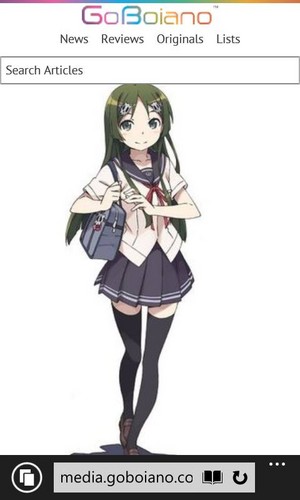 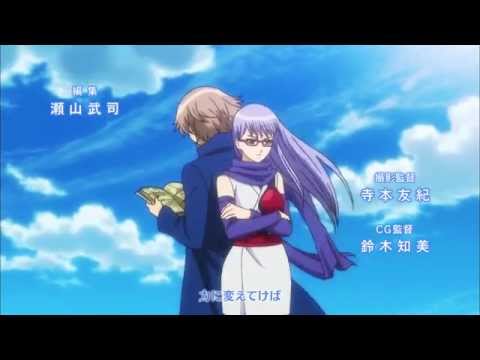 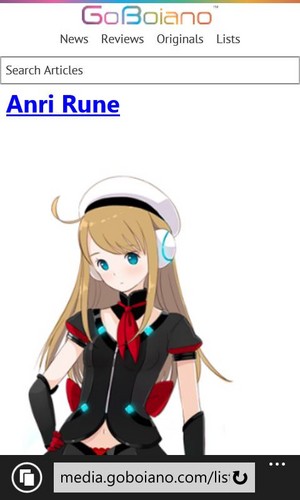 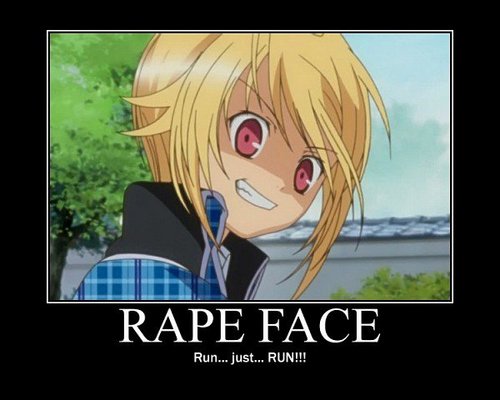 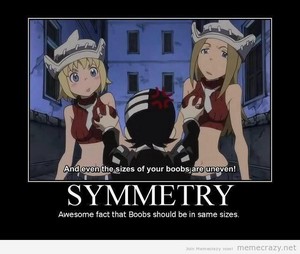 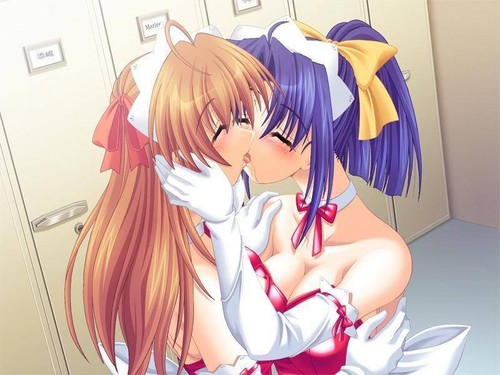 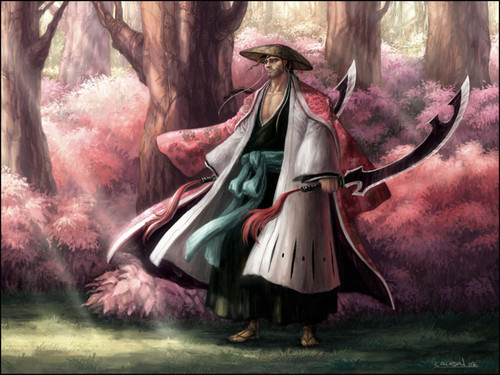 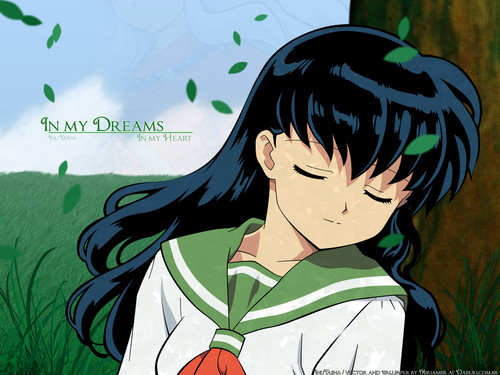 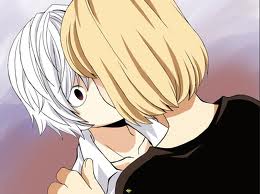 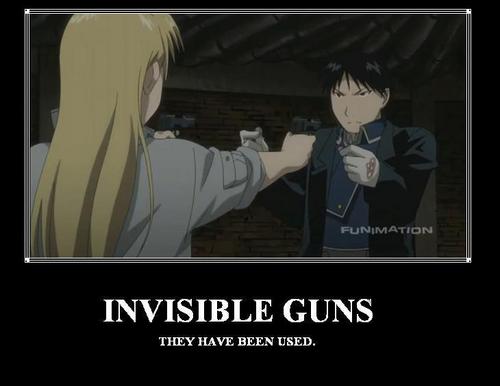 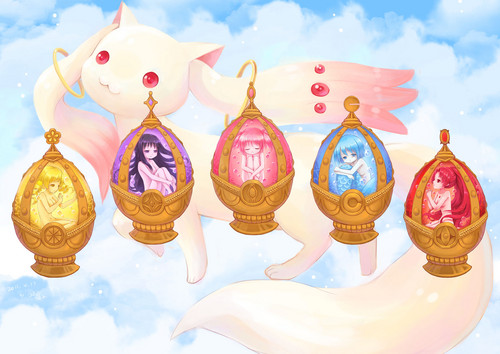 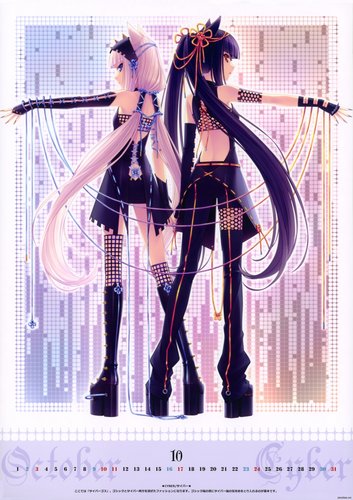 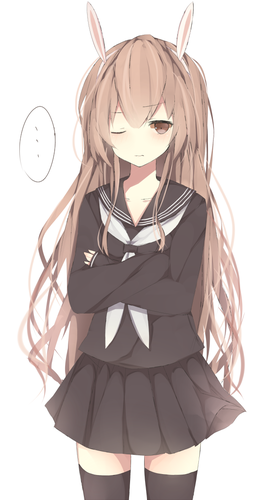 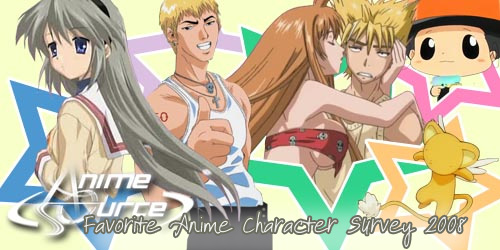