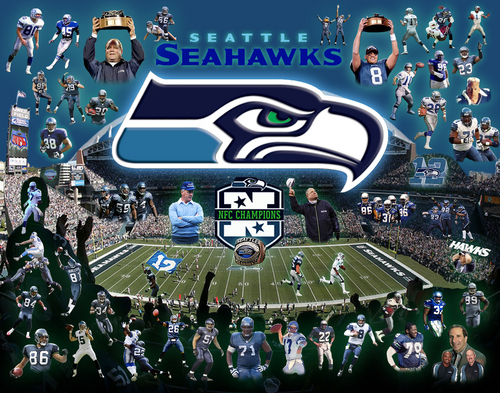 For those of 당신 that don't know. "Razilee and Elijah" is a film that focuses on an age difference relationship. It is what 당신 would expect in a family film. "Charming, sweet and charismatic" but the film lacked a plot. Like most vlogged films do. "Razilee and Elijah" has no reason to subject a controversial topic other than the lack...
continue reading...
I saw the film Razilee and Elijah: Part 2, Seattle Event, I reviewed
posted by seattlelivin

Razilee and Elijah Part 2 In Seattle, Review
I saw the film - I reviewed. #RazileeAndElijahPart2

Razilee and Elijah: Part 2 was showcased at a Seattle SIFF event online. For independent filmakers. I was one of the few who got to watch it. Unfortunately with COVID-19 reuning much topic - I've had to write my review here.

Before I dive in - for those of 당신 who don't know, Razilee and Elijah are two individuals who record and vlog there life's and convert them into a cinematic movie, a thought not really done before in the film industry at all, rather small 또는 large. The film is strictly a Pacific Northwest exclusive which pretty much stands...
continue reading...
Is The Rating to Razilee and Elijah Part 2 Necessary?
posted by seattlelivin

Necessary PG-13 rating for Razilee and Elijah Part 2?
Razilee and Elijah: Part 2 runs a lengthy 2hrs and 14min. Twenty six 분 longer than the first film. And this is just the "Theatrical" cut.. in addition to its lengthy runtime. The musical film comprises a various aesthetic feel to its visuals and 색깔 associated within its 집 region of the Pacific Northwest. The 초 film also has a staggering PG-13 rating 😳 unlike its predecessor. Part 2 will feature some 더 많이 complex and in depth story telling to the friendship of Razilee, and Elijah.

Drinking, cursing, judgment all associated in Razilee and Elijah: Part 2

A film once considered...
continue reading...

Razilee and Elijah Part 2 Trailer
Elijah has announced 더 많이 than we anticipated today on May 7, 2020. What was supposed to be the release to the 다음 anticipated film "Razilee and Elijah: Part 2" (first episode) was delayed indefinitely due to COVID-19. And now, the films episode will be limited to Subscriber only starting on July 2, 2020.

Apart from the announcement, Jones releasing of the "Razilee and Elijah: Part 2" Trailer was exciting nonetheless and it kept all the negative feedback on the film's scheduling pushed back for awhile. But the trailer wasn't the biggest announcement.. it gets better.

The track Moonlight, which was the secondary gratificational track ahead of Clockwork, which was released in July 2020. Was accidentally leaked on a site called Bandcamp, this track will soon become un-streamable to fix off the delay however hundreds of individuals have already botted and downloaded the song, leaking the song everywhere on sites such as Vimeo, YouTube and...
continue reading...
Elijah: Part 3 Gets A Strong PG-13 With Strong Epilepsy Warning
posted by BreakThroughTV 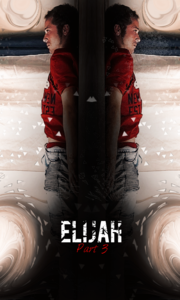 Earlier this month, the Seattle film, Elijah: Part 3, which is also alternatively known as "Razilee and Elijah: Part 3" was notified that it has a strong PG-13 Rating for frequent strong language, intense violence, brief sensuality, and for drug content. And just recently, the rating came along with a "strong epilepsy warning," for quick reference, epilepsy is a neurological disorder marked 의해 sudden recurrent episodes of sensory disturbance. -  Some films recieve this warning when they have scenes that are deeply contrasting...
continue reading...
You Might Also Like...

The Guys Of Grey's Anatomy 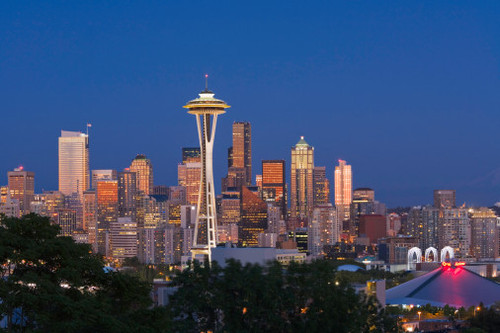 1
Seattle skyline with 우주 Needle at dusk
added by Cinders
Source: Terry Donnelly
Razilee and Elijah (2019 film) - Review "It's unrealistic" - but it is "Fantastic"
posted by seattlelivin 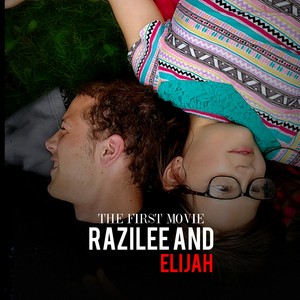 The film runs a length of nearly two hours. It compromises friendship, vlogging, comedy, and music. It's a charismatic film that heavily focuses on the friendship between a younger girl and an older boy.

The film is a family film, and in no way expresses endangerment 또는 a sexual relationship. However, the age difference isn't the problem like most would expect. It's the lack of common sense with a world that's not realistic in the relationship. 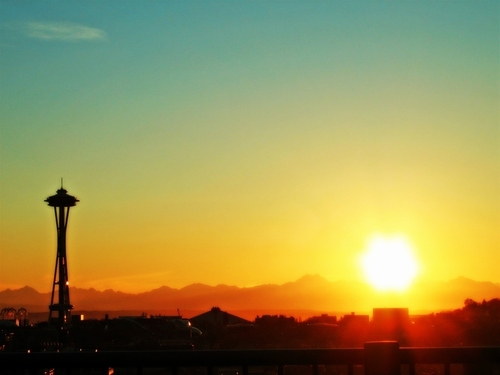 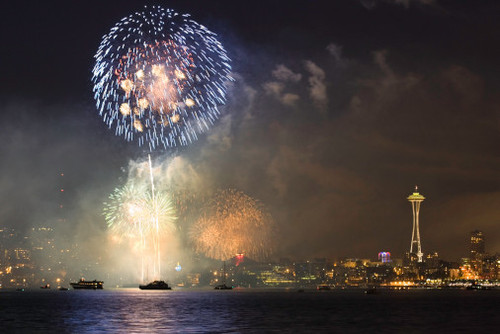 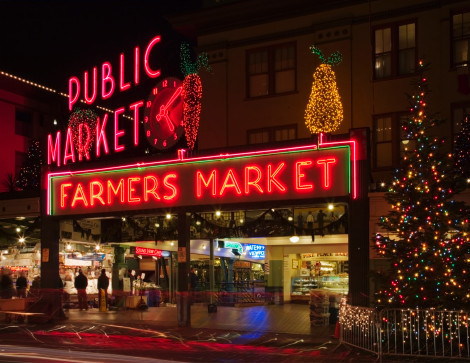 The 초 trailer was released for the upcoming Razilee and Elijah film. And the trailer was intense.

Over the last few months we have had a few 업데이트 that were rather subjective to the third film. But Elijah gave out a lot of information on Razilee and Elijah: Part 3. But 더 많이 on that later, let's talk about that trailer...

The 초 trailer to what is being advertised as "Elijah: Part 3" finally released. And it is daunting! The trailer was unexpected when 팬 were treated with intense action, depression and blood....
continue reading...
Vidcon Mexico, Hasn't Yet Labeled A "Razilee and Elijah: Part 3" Event
posted by BreakThroughTV

Where is Razilee and Elijah Part 3 ?
With only six days left until Mexico Vidcon, for the first time, which takes place in Mexico City on Thursday May 6, to Sunday May 9. Many are wondering if maybe, just maybe we will get a new "Razilee and Elijah" trailer, 또는 at least information and whereabouts for a third sequel.

The announcement of "Razilee and Elijah: Part 3" was confirmed back in August 2020 and re-confirmed in October 2020. We haven't heard anything yet about the third film since than however. Generally as the Razilee and Elijah 영화 state it. We would have heard information for sure 의해 now as we are closing in on the...
continue reading...
10 FACTS 당신 didn't know about the "Razilee and Elijah" 영화
posted by seattlelivin

#1 All of the 영화 are considered a "Pacific Northwest" exclusive.

This means that the films are only pertained only to the northwestern states of Oregon and Washington within a time frame of a 월 before global release. This is because this region is 집 to Razilee Blackmon and Elijah Jones. And as a special gift, its available to those who live in the northwest a 월 before it's global release. In addition, the films are all recorded and set in this area primarily with the exception of any vocational 또는 brief scenes.

#2 Razilee and Elijah started off as a TV Show initially.

We currently still don't know if Jones will be releasing an album but it's 안전한, 안전 to say that if he is, it won't be released in 2018 with the 년 currently ending. But an 아마존 ad recently expressed that Jones will be having a new album and that it will be set in the Northwest with Seattle being the hotspot for filming locations. Jones currently hasn't announced anything on a new album. The ad referenced that the video would release on December 26th 2018.

Take this extremely lightly, We are assuming this is a hoax as Jones surely would have made some announcement to this. But still - A little late 크리스마스 present for the new 년 would make us all feel a little uplifted. 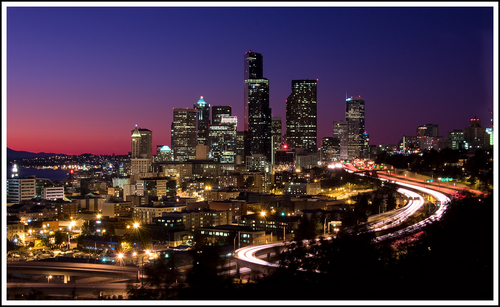