over a year ago GravityBoyYJ said…
Secret I'd: unknown

Personality: he is a mysterious character and has a cocky and sarcastic attitude

Aligment: more of a hero

Affilation: freelancer you know him lol

Powers/ skills/weapons: no powers, has skills in hand to hand combat, has grappling hooks and can swing building to building an has smoke bombs to make easy get aways, he also has two swords for weapon combat an can reappear and appear in different places with smoke bombs.

Relationships/ canon: had a canon relationship with silverwings ( everyone liked it)


notes: he works alone and can't accept others help easily

over a year ago BladeYJ said…

Costume: Red Jacket with Black Shirt and an eye patch and a chain that hooks to her lip ring
.
Civvies: Shirt and skinny jeans with converse

Personality: Bitch! She is a smart ass and hates people mimicking her. She has anger problems and Also she loves beating the shit out of people. :)

Powers/skills/weapons: She is a gunslinger, meaning she is a professional with guns mainly shotguns, she is very fast and does Well in hand-to-hnd combat. She can teleport and read minds. Her eyes change color too!

Notes/other: HAS A brother name Dante.

Do you mind…(not guaranteed that this will happen to you;;; this doesn’t carry over to normal uni):
Dying? Sure

If so: preferred method? (eg. sacrifice, bloody gruesome, disappearance, etc.) Sacrifice for the good guys.. (idk who she sacrifice herself for)

Betraying your hero or villain side? (^ sacrifice)

If so: is there a certain reason you’d most likely betray?

Would your character be willing/ready to kill people? YESES!

over a year ago InfinityYJ said…
Name/ID (say if unknown): Kyra Grayson (unknown)
Hero/villain name: Phoenix... but goes by Fin to her friends for unknown reasons.
Age: 13
Appearance: AU appearance: medium-length black hair with gold and red streaks in it, blue eyes with gold traces, thin, i mean REALLY thin, and pretty damn short
Costume: AU: gold v-neck Kevlar tank top, black cargo pants and combat boots, loose leather sleeves that tie to the tank top
Civvies: dark navy skinny jeans, black hoodie, white baseball cap and white tennis shoes
Personality: sassy, confident, headstrong, reliable, trustworthy, caring, easily angered and pretty naive, can be pretty serious and is good at concealing her fear or worry
Alignment (hero or villain): hero
Affiliation (Omega squad or freelancer/rogue if hero, Young Project X or bounty hunter if villain): rogue
Powers: flight, telepathy, change of appearance
Skills: hacker, hand to hand
Weapons: throwing knives, bo staff, fire katana
Relationship and/or canon relations: Dating Epsilon. Twin Brother: Robin. She wasn't really all that close to him considering what your planning.
Notes/other: She does not have phoenix mode in this, and her powers are pretty sketchy, so they fail alot. Only then does she resort to her katana/bo staff/knives. Her iPod calms her down when she gets too angry or upset, so she carries it with her everywhere
Do you mind…
Dying? Meh. Please DON'T, CHILD.
Betraying your hero or villain side? she could, be, like a triple agent?! hahahahah
If so: is there a certain reason you’d most likely betray? Angry at the heroes for *reasons?*
Would your character be willing/ready to kill people? She'd be... hesitant, but she'd do it if she absolutely had to.

over a year ago AislingYJ said…
It's AU, but I might end up calling her Fin. Less confuzzling that way.

Hero/villain name: Shadow but is only called that by her team mates. Villains and others would call her by the names Phantom Ninja, Wild Cat or Ninja-Girl (But usually Phantom Ninja).

Appearance: Thick black wavy hair chest length, chocolate brown eyes, tanned skin, slender but muscular for a girl. In-spite of the built she is petite and looks small for her years in both looks and maturity.

Civvies: She is usually seen in blue jeans, skate shoes, a shirt topped of with a jumper or hoodie and a pair of Ray-Bans or Tecno Googles placed on top of her head as a head-band.

Personality: Stubborn. She is also immature, funny, mischievous, cheeky, intelligent, creative, and very child-like. She can be random at some times and loves pulling pranks to her team-mates.

Powers: No powers but has a eidetic memory, human calculator, and can speed-read. She is also a natural born fighter.

Skills:
1. Code-Breaking
2. An expert martial artist from Eskrima, Boxing, Judo, and Hand-to-hand combat.
3. Can throw knives and fight with other sorts of blades.
4. Can design high tech equipment and weapons
5. Hacking and Technology
6. Car Engineering
7. Making suits and clothing fit for hero with powers
8. Espionage
9. Lock-Picking
10. Weapons expert-especially with guns and other machinery
11. Is a good swimmer and gymnast (Which makes her quite strong and agile for a girl)
12. A ninja, since she has completed ninjitsu.
13. Can make really deadly death traps

Weapons: Her preferred weapon is her twin Eskrima sticks. She also fights with a dagger. She otherwise would just make a series of death-traps or throw bola's to twine them up.

Relationship and/or canon relations: None. But is close friends with Robin

Notes/other: Not much, but wishes to be the leader of the team someday.

Do you mind…(not guaranteed that this will happen to you;;; this doesn’t carry over to normal uni):
Dying? I DON"t WANT TO DIE!!!!
If so: preferred method? (eg. sacrifice, bloody gruesome, disappearance, etc.)

Betraying your hero or villain side?
If so: is there a certain reason you’d most likely betray?
NO BETRAYING! LOYAL!!!

Would your character be willing/ready to kill people?
Yes.

over a year ago CoaxochYJ said…
Name/ID (say if unknown): Melissa "Mel" Adams

Appearance: Ebony black hair that reaches her waist. Green eyes. Slim build that allows her to fit
into small spaces.

Personality: Happy, and playful. Gets angry if you hurt her friends, or the ones she loves. Never back down attitude.

Do you mind…(not guaranteed that this will happen to you;;; this doesn’t carry over to normal uni):
Dying? Nope, Dying is just fine. (For some reason I fell out of my chair laughing my ass off when I saw this)

If so: preferred method? Sacrifice

Betraying your hero or villain side? NO.

If so: is there a certain reason you’d most likely betray? N/A

Would your character be willing/ready to kill people? Yesh, but some serious "thinking" will be needed after the battle is over.... 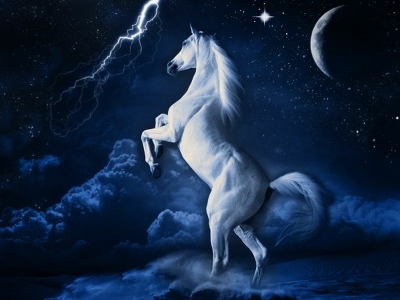 over a year ago InfinityYJ said…
Name/ID (say if unknown): Josey Willough
Hero/villain name: Grace
Age: 15
Appearance: Short brown hair, brown eyes, pale skin, 4’1”, thin
Costume: blue and white and orange dress thingy. Check the pic on this: link
Civvies: HAH... allll black
Personality: pessimistic, snarky, finds something bad about every situation, can be extremely quiet
Alignment (hero or villain): villian
Affiliation (Omega squad or freelancer/rogue if hero, Young Project X or bounty hunter if villain): YPX
Powers/skills/weapons: Grace is one of death’s servants. Don’t let her sweet appearance fool you. She can call on skeleton warriors to help her, and she could easily take advantage of the fact that she isn’t what she seems.
Relationship and/or canon relations: ah nope.
Notes/other: ah nope.
Do you mind…(not guaranteed that this will happen to you;;; this doesn’t carry over to normal uni):
Dying?
If so: preferred method? (eg. sacrifice, bloody gruesome, disappearance, etc.)
BITCH PLEASE SHE IS DEATH...'S SERVANT.
Betraying your hero or villain side?
If so: is there a certain reason you’d most likely betray?
AH NOPE.
Would your character be willing/ready to kill people?
AH YUP.

over a year ago Eclipse-YJ said…

RAIN CHECK BECAUSE THIS SOUNDS AWESOME :)

over a year ago EpsilonP-YJ said…

Name/ID: Eric
Hero name: Epsilon
Age:14
Appearance: short blonde hair, crystal blue eyes.
Costume: Doesn't need one
Civvies: black t-shirt over a grey long sleeve, jeans and sneakers
Personality: Go-with-flow-attitude, upbeat, a bit wild though. (Classic skater attitude)
Alignment: Hero
Affiliation (Omega squad or freelancer/rogue if hero, Young Project X or bounty hunter if villain): Freelancer
Powers/skills/weapons: Shapeshifting, jack of all trades (well rounded)
Relationship and/or canon relations: Dating Kyra, brother figure to Delta
Notes/other:
Do you mind…(not guaranteed that this will happen to you;;; this doesn’t carry over to normal uni):
Dying?
Sure *shrug* I don't really care
If so: preferred method? (eg. sacrifice, bloody gruesome, disappearance, etc.)
Mix it up a little ^.^
Betraying your hero or villain side?
Probably not, only if someone he loves in in danger *cough* Delta *cough*
Would your character be willing/ready to kill people?
Hell yes!

over a year ago Obscurity98 said…
Name/ID (say if unknown): Harley Mei Kent
Hero/villain name: Obscurity
Age: 14
Appearance: 5'2, tan-like skin, LONG! black hair, black eyes, feminine yet masculine build
Costume: PIC! (minus mask, and its all black)
Civvies: glasses, and jeans, wears a jacket over a black low cut tee
Personality: Serious, but happy and laughs easily, has a short temper and stubborn, doesnt like being told what to do, sarcastic, loyal, strong willed
Alignment (hero or villain): HERO!
Affiliation (Omega squad or freelancer/rogue if hero, Young Project X or bounty hunter if villain): Omega Squad
Powers/skills/weapons: Agility, awesome hand to hand combat, strategic fighting, swords, mace, whips, controls and can become elements, super strength, invulnerability (except to Kryptonite, and magic), flight
Relationship and/or canon relations: dated roy and kaldur, dated Skylar until he died, and seems to like Ciel
Notes/other: Superman is her dad, and superboy her brother, Batman is like her dad too, knows all the secret identities, created in a lab, by man, not god, the first man made living being in history
Do you mind…(not guaranteed that this will happen to you;;; this doesn’t carry over to normal uni):
Dying? *its allowed, but not in the early chapters please!
If so: preferred method? (eg. sacrifice, bloody gruesome, disappearance, etc.) trying to save my friends, so uh, sacrifice my life for them.
Betraying your hero or villain side? No
If so: is there a certain reason you’d most likely betray? , unless someone i love is in danger
Would your character be willing/ready to kill people?
uh, thats what her creator created her for, to kill everything in her path, but she fights that urge 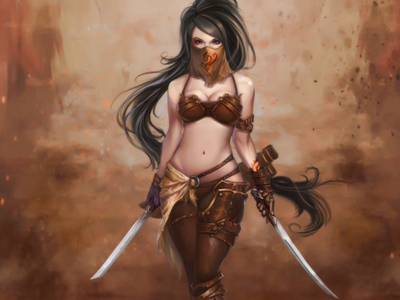