“Are 당신 sure you’re okay?” Alice asked me. Her golden eyes narrowed as she read my face.
I forced a nod and a smile while I waited for the pain to subside after another kick from the baby. Her nudges had now turned into kicks and they were becoming 더 많이 painful. Each little movement from her resulted in one of my internal organs getting a beating.
I was sat in the living room of the Cullen household, with Alice, Rosalie and Esme. They were given guard duty 의해 Edward who had gone hunting with his brothers. Alice glanced at Rosalie who glanced at Esme who watched me worriedly.
“I’m fine,” I said, smiling 더 많이 easily now the pain had gone. “Honestly.”
From the looks on each of their pale faces they didn’t believe me one bit. I sighed and slowly got to my feet. It was getting 더 많이 difficult to 옮기기 now I was almost full term.
“I’m going to Charlie’s,” I said, rubbing my back. She seemed to like kicking my spine.
Alice, Rosalie and Esme stood up and divided so I had support on both sides. Each of them held out their hands to catch me if I fell. I batted their hands away.
“I don’t need constant supervision,” I said, walking away from them. “Please, I’m pregnant, not a two 년 old running with scissors.”
I was ignored of course and they accompanied me to the door.
“I’ll go with her,” Alice said.
“I don’t need an escort,” I said, stubbornly. “I’m perfectly capable of going to Charlie’s on my own.”
Rosalie laughed and Esme looked at me sympathetically.
“I’m sorry, dear, but 당신 won’t be able to drive when you’re this big,” Esme said, touching my arm lightly. “And 당신 can’t run all the way to Charlie’s either.”
I sighed.
“Fine.” I might as well give in now. It’s not like I could fight them off.
“Just wait until she’s born,” Alice said, smiling happily. “You can do what 당신 want then.”
“Let’s just go,” I pushed Alice out of the door. I didn’t want to think about the birth. I still had the image of a mini Nosferatu ripping its way out of me. I internally shuddered and followed Alice to the 차고 where she started up George and held the passenger door open for me.
“Seatbelt,” she said, when I sat down and closed the door.
I noticed she didn’t have her seatbelt on and she was driving. I struggled slightly to put my seatbelt on but after a few tugs and a little help from Alice, it buckled and I was cool.
“Have 당신 thought of any names yet?” Alice asked me as she pulled out of the garage.
“Yeah, me and Edward were talking about it,” I replied.
“And?”
“We’ll tell 당신 when she’s born,” I said. “No looking into the future, missy.”
I thought Alice was going to stop the car and throw a fit until I told her. Well, that’s what the expression on her face looked like. But she composed herself, smiled at me, and continued driving to Charlie’s.

“I’m sorry, Uncle Charlie,” I said. “About the argument a few days ago.”
Gabriel had convinced me to come around to Uncle Charlie’s and apologise for the argument. Gabriel said it was only right as I had sort of let my temper get away with me and shouted when I should have calmly explained. Says the guy who broke the sink in the hotel room when he got angry.
“It’s okay,” Charlie said, smiling warmly at me. “I’m sorry too. I know I’ve been a bit hard on you. I should have known you’d have a life other than, 당신 know, the whole Azdi thing.”
Gabriel, who was sitting beside me on Uncle Charlie’s sofa, smiled and patted my hand.
“Well done,” he said, patronizingly. “I know that was very difficult for you.”
Charlie laughed and I punched Gabriel in the arm. Of course it didn’t hurt him but the thought was still behind it.
“And how are you, Gabriel?” Charlie asked him. Gabriel looked Charlie directly in the eyes and lied.
“I’m great,” he answered with a smile. “Of course, I’m dead and all, but apart from that…”
Gabriel was not someone who liked to be fussed over. He didn’t like to be the centre of attention. He hadn’t when he was human and he didn’t now he was a vampire. He’d rather lie and suffer than let someone worry over him. Apart from me, of course, he couldn’t hide his suffering from me.
“Great,” Charlie smiled, but I could tell he didn’t believe Gabriel. I could see it in his mind. Plus, I told him all about Gabriel not being able to cope.
Gabriel suddenly stiffened and I thought, for a 스플릿, 분할 second, he was going to freak and attack Uncle Charlie. But then he relaxed and I tried to stop my 심장 beating its way out of my chest.
“There’s a car coming,” he said. “I think it might be stopping here.”
I looked at Uncle Charlie who looked confused for a 초 and realisation dawned on his face.
“Kayla!”
He jumped up and started to hurry us out but then Gabriel froze again, just as we reached the door. I looked at him and then at Uncle Charlie who looked like he was gonna slap Gabriel if he didn’t unfreeze.
“There’s a vampire out there,” Gabriel said, unfreezing.
“Edward?” I looked at Charlie who shook his head.
“He’s hunting.”
“Hunting?” Gabriel looked at Charlie quizzically. “I thought they don’t eat humans.”
Charlie opened his mouth to explain when we heard the shutting of car doors. Charlie’s eyes widened and sudden terror rose up in me. Gabriel looked completely unfazed and I wondered if he would warmly shake Kayla’s hand and introduce himself while me and Charlie ran for cover.
“Slowly, Kayla,” I heard a female voice say. She was the vampire as her voice sounded like wind chimes.
“I can’t go any faster, Alice,” Kayla grumbled back. “Jeesh, the huge bump stops me.”
“I’ll get the door, just be careful,” the vampire said and I heard her light footsteps up the path.
“Go!” Charlie tried to hurry us out the back door but it was too late. The vampire, Alice, had opened the door and exposed us. Kayla couldn’t see us yet but Alice could. She stared at Gabriel and I curiously, then called to Kayla.
“Charlie has visitors. Will I ask if we should come back later?”
“Not bloody likely,” she replied. “it’s tiring doing all this.”
Then Kayla appeared. She walked up slowly because she looked like she was eight months pregnant. She hadn’t seen us yet, so maybe we still had a chance at survival.
But the she did.
The warm smile that had been on her face for Charlie turned into an angry glare when she saw me. Alice saw the glare and looked quite confused.
“You!” Kayla hissed. “What are 당신 doing here?”
Pregnant 또는 not pregnant, Kayla was very terrifying to look at when she was angry. Her eyes blazed green, she had the meanest of glares and she looked like she could kill 당신 with a single touch. Which she probably could.
Her glare went from me to Charlie.
“Charlie? Would 당신 care to explain why she is here?”
Charlie seemed to shrink under her glare too. I guess I wasn’t the only one a little scared too.
“Do we not like them?” Alice asked, still confused.
“Just her,” Kayla replied, very kindly to Alice. “I don’t know him.”
Gabriel looked confused for a 초 but stepped 앞으로 and offered his hand to Kayla.
“I’m Gabriel,” he said, smiling. “Lexi’s-”
I stopped him then. I did not need him to be hated at this moment in time.
“Gabriel,” I pulled him back. “Introductions aren’t required at this point in time. Let’s just go.”
Kayla was blocking the doorway whether she was meaning to 또는 not so escape via the front door wasn’t an option.
“No,” Kayla said to me. “Stay.”
She stepped in, Alice behind and closed the door.
“Why?” I asked her. “You don‘t like me.”
“I want to know why you’re here,” she said, and walked slowly past me into the living room. Alice followed at her side. Charlie walked in after her and I followed with Gabriel.
This was going to be fun.
nessie12cullen, Emmett4eva and 4 others like this
daja625 OMG!!! I LOVE THIS!!! Im just wondering why Kayla hates Lexi I think lexi's right this is going to be fun.
decullen I love it.OMG I NEED MORE.X
kkmmrew plzzzzzzzzzzz write more loved this
countrygirl2008 PLEASE WRITTE MORE..THIS IS AMAZING!!
Pirate_4_life  OOOOOOOOH Kayla's pissed, how exciting!! x
Emmett4eva they hate each other??????????????? 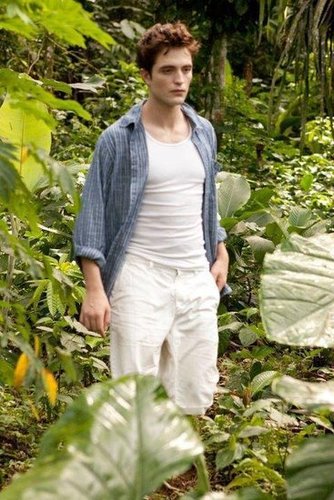 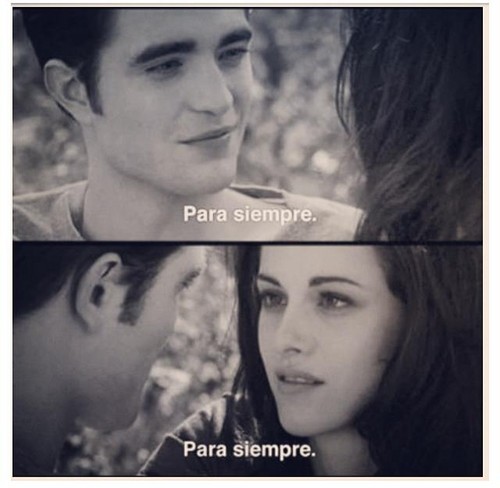 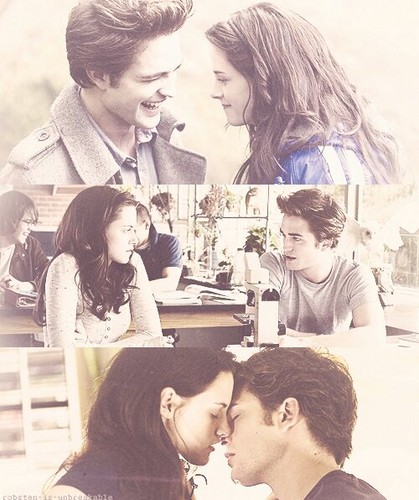 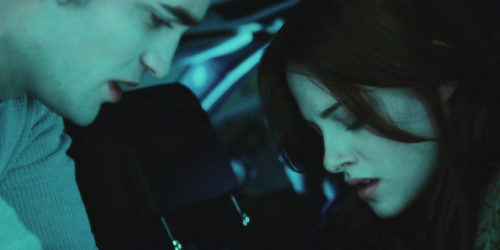 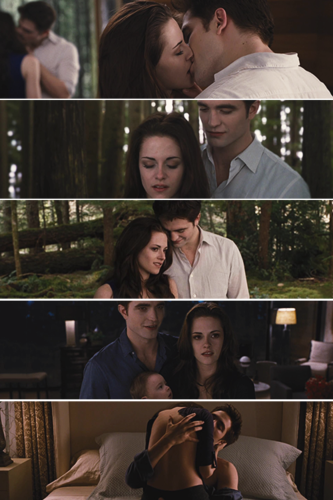 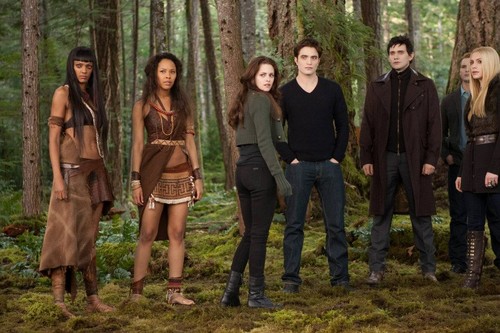 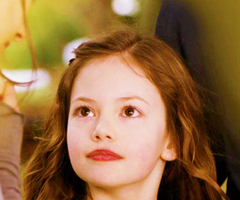 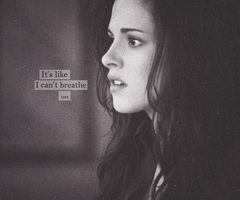 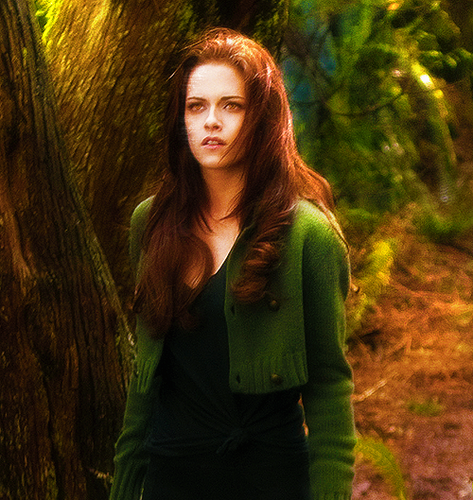 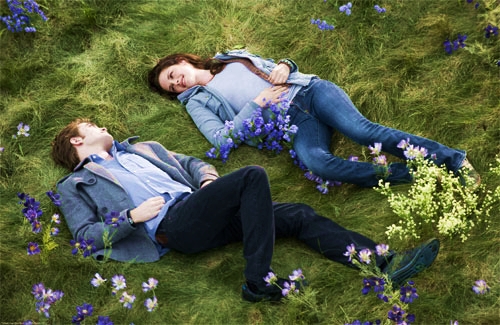 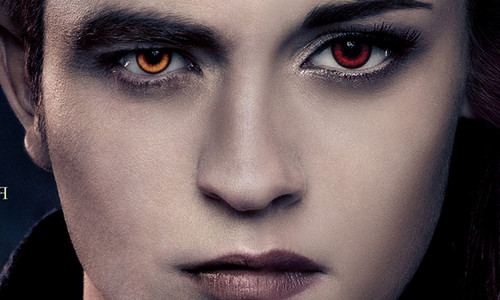 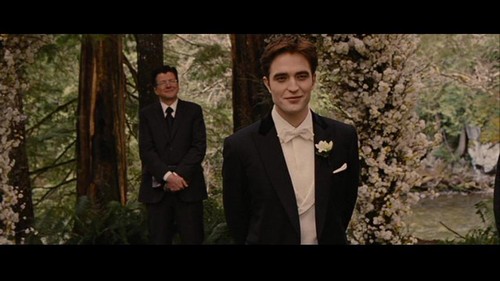 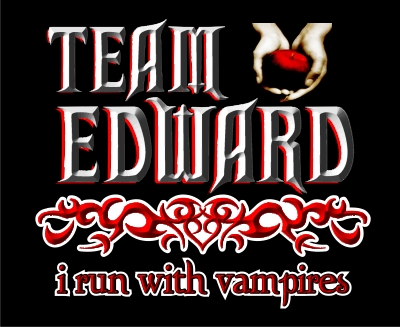 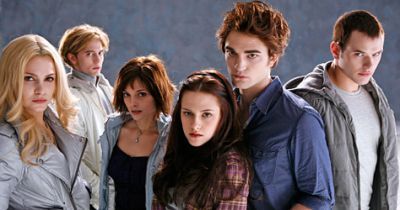 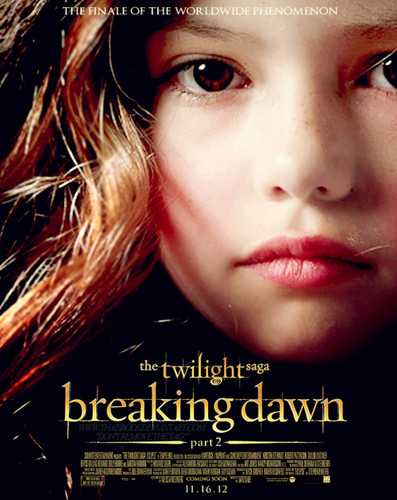 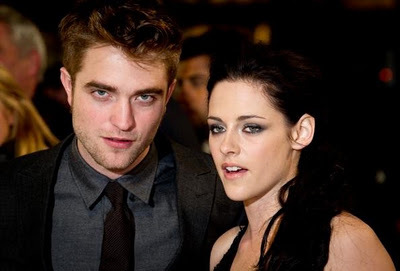 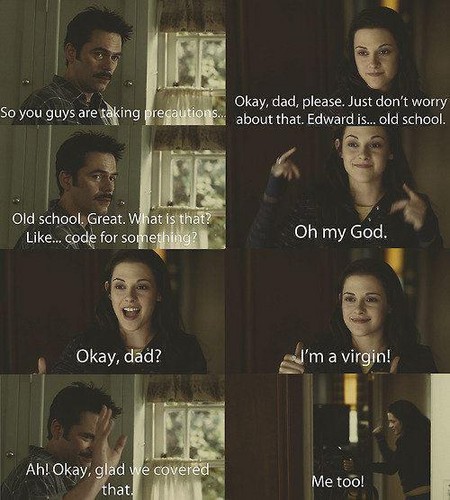 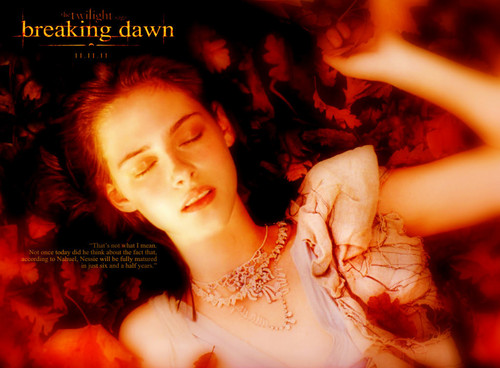