5
Personality Part 10
posted by Rainflowers
*I decieded to change the name to Repitoter Manger
starting with the 다음 기사 sooo yea :) Look for that instead of personality!*

Flora: We should go and look for 음식 and a way off this island . . .

Stella: Okay, let's 스플릿, 분할 into two groups, one will look for 음식 and the other for a way off.

Bloom: I told 당신 guys already, Sky and I searched the ENTIRE island there's no way off.

Layla: Then for now, we should focus on staying alive. Which means finding 음식 and water.

Brandon: I hate to say it, but Bloom and Layla are right. There's no use in wasting our time looking for a way off . . .

Stella: Okay then . . . half of us will look for 음식 while the other half expolres the island.

Flora: I say we go explore the island! I bet there's a lot of plants I've never seen before here!

Musa: Are 당신 sure 당신 feel up to that Flora?

*The others eye her suspisiously, knowing she was lying*

Flora: Really *She lies through her teeth because she truthfully, couldn't stand to be stuck in the cave much longer*

*They leave and walk for a while then enter a field*

Flora: Look at all the flowers! They're so beautiful!

*Flora lies down in the field*


Musa: I sure hope the others find 음식 fast!

*I'm changing the way I write this*


Flora suddenly sat up, surprised that she had forgot about her ablitly to tell etiably plants for poison one. "Guys, I should have gone with Bloom and everyone! I'm the only one who can tell the ediably plants from the non ediable!"

Musa was surprised that she had forgoting about this too. After all Flora was the only person they could be sure would on acciedent poison them. "You're right! What should we do?"

"Maybe we should collect our own pile of food. . . " Riven mused. Helia did not like the idea. He didn't want Flora up and walking around. He wanted her to rest and get better. But at the same timehe knew she was thier best chance of survival.

"Well," said Flora pulling herself up, "We better get going if we want to be 집 before dark." She started heading in the oppistite direction of the cave. Flora loved seeing all the trees sway. This island was truly peacful. In fact, if they hadent been stranded there and she wasn't sick, she would even think of this as a vaction.

Flora stopped at every other plant, touching it then nodding yes, it was 안전한, 안전 to eat, 또는 no this is poision. MUsa didn't like the way Flora was acting. With every step she took her face got paler, her body shakeyer and her breaths short and heavy. Helia seemed to noticed too.

"Flora," Helia started, "Why don't 당신 take a short break?" Helia watched as she shook her head no and contunied on. He lips slowly slipped into a half worried half disappionted frown. To his surprise Riven seemed to agree with him.

Riven knew Flora was getting worst. He also knew that they were pushing her to hard. He thought about it for a 분 and decided that if she wouldn't listen to Helia then maybe she'd listen to reason.

"Flora if 당신 keep going like this then you'll eventully pass out and make the situation worst." Riven said calmly. Musa was proud of Riven, while he made it sound like it was best for the team if Flora stopped, she knew that he was actully worried about her. But Musa knew that stubborn look on Flora's face meant she wasn't giving in any time soon. . .

"Look Flora, we've already gathered enough 음식 for tonight and tomorrow so why don't we just go back to the cave and rest?" Musa asked tring to reason with Flora. She seemed to give a little after everyone telling her to rest.

"Fine, if it's better that way" Flora didn't like being the weakest link. She wanted to show them that she could do what she usually could do, but she felt her streght depleating.

As they walked back towards the cave everything was quiet. Helia was eyeing Flora, seeming to make sure she doesn't fall over. Flora was looking at all the 꽃 stopping to pick a few every now and then. Riven seemed to think that at any momment they would be attacked, as he kept looking at the bushes. Musa sighed, how do they get themselves in to this?

When they finally did reach the cave Flora ploped down from exastion and heila went to sit 다음 to her. Musa went over to the back over the cave and began to neatly 덮개, 랩 the food. Riven was worried, he knew that if they didn't get out of here fast Flora might die . . .

*Meanwhile on the other side of the island*

Bloom sighed with frustation, they had been searching for hours and only had a handful of 음식 that they were sure wwasn't poisonious.

Stella was exastated, she spotted aopen feild which she hurried to then sat down. She was surprised when the others didn't yell at her.

"We should start heading back" Said Brandon with a glance upwards, he didn't like the dark 구름, 클라우드 brewing over them.

Sky looked up to, "It's defenetialy going to rain," he said and sighed knowing they were no where closer to find a way off the island.

Tecna yelled at the others, "Come on guys1 We have to run back now!" Tecna was relived when she saw everyone, including Stella, run toward the cave.

Layla was surprised to reach the cave before it began to rain. After all with those clouds she could tell it was going to be a horrible storm. When Layla turned around she found Flora pale shaking, and breathing heavily. She begsn to worry. As calmly as she could she walked over to Flora and Helia determend to make Flora feel at least alittle bit better . . .
rochchick, gelele and 3 others like this
Flora_Luna Nice! Love it :D
fifirose me too
6
Tecna's Memory Loss part 6
posted by iwatchthestars
*Tecna's room*
Flora: Maybe talking to Digit will give 당신 some memories!
Layla: Great idea , Flora!
*They all went to Tecna's room*
Tecna: Hi! Bugit ryt?!
Digit: Its DIGIT! not BUGIT !
Tecna: Ohh.. umm thats a laptop ryt?!
Digit: Yes! A portable one! its very hig-tech!
Tecna: Its very what?!
Digit: High-tech! with new wires not red and blue! but black and green! also it has new screens with a pen so that 당신 can touch your folders! instead of clicking it!
Stella: What in the whole shopping world is that pixie saying?!? i dont get anything !
Digit: I said.. that it has ne-
Winx: WE GET IT DIGIT!
Digit:...
continue reading... 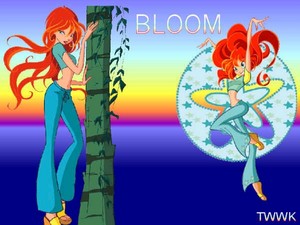 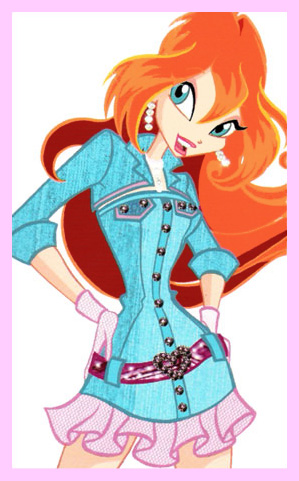 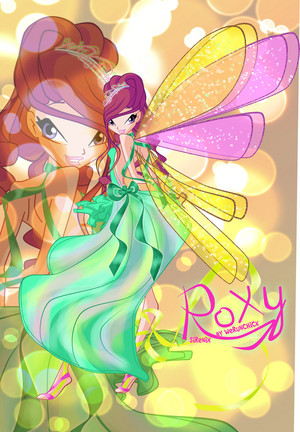 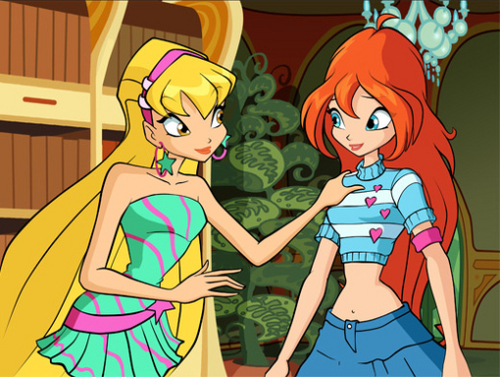 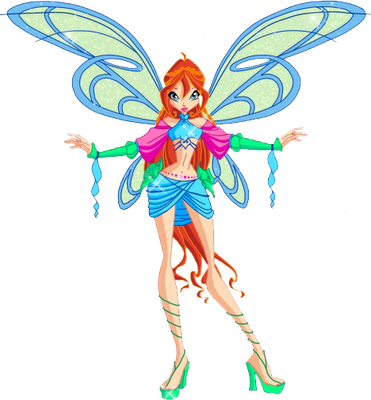 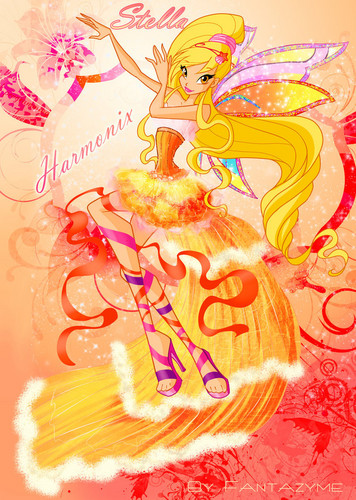 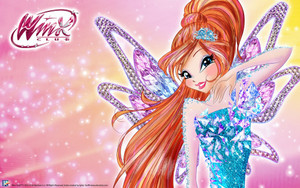 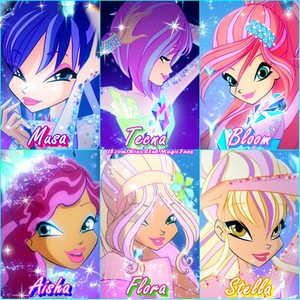 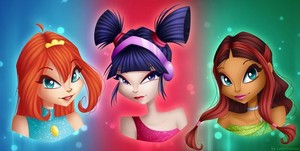 8fcd33e3c7dba9c28863a0561f63d9d0
added by hita1234
winx club
posted by dragonflame23
After returning to Alfea, Bloom researches the Ring of Solaria, hoping to find out what made the Trix go to such lengths to get it. Meanwhile, the Trix use a spell on the ring, hoping to access an extremely powerful magic known as the Dragon Flame, only to have their spell blow up in their faces as the ring proves negative! An infuriated Icy throws the ring away and plans to begin the 검색 all over again. Back at Alfea, Bloom learns 더 많이 on the ring of Solaria, but also learns about the Dragon Flame. Bloom then turns to Faragonda for answers, who tells her that the Dragon Flame was the energy...
continue reading... 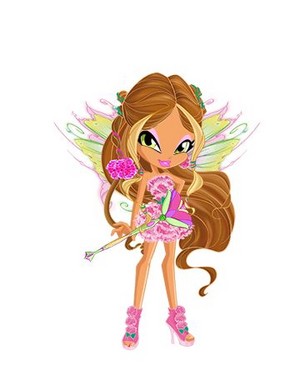 I walked with Maya away from the palace and had my suitcase rolling along behind me. I had no where to go. Everyone was being held captive in the palace that would be able to take care of me. And Icy surely knew what she was doing. I went back to Alfea to see that she had covered it with dome of ice. I checked the other schools and it was all the same. So I couldn’t seek help from any...
continue reading... 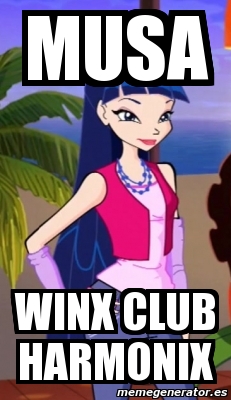 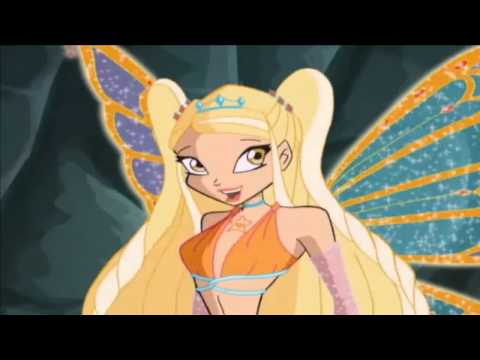 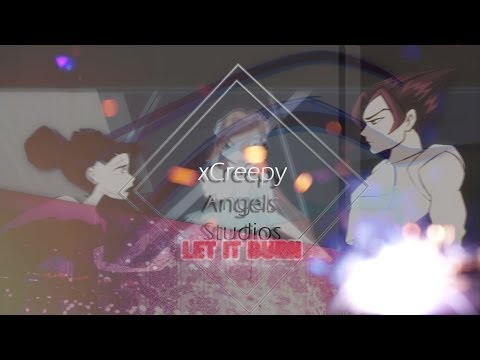 Hi! My name is Bloom, 16 years and leader of Winx Club. I'm from the planet Domino and also princess so is my big sister Daphne. We only recently reunited with our baby sister Kim Possible and boy did we have a fun adventure. It happend about three 또는 four weeks ago. I was taking a walk with my best friend Stella, she asked "something on your mind Bloom?" I replied "not really" truth to be told I did have something on my mind, about my family. Lately my parents have been 연기 strange and Daphne won't tell me what's going on. I was about to say...
continue reading...
1
important notice
posted by yasmin124 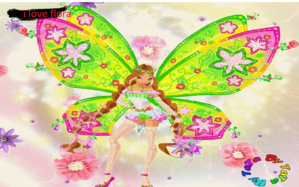 im not going to be on 팬팝 on sundays because i go to a club every sunday i do a club every sunday on ggg gogirl games it's a 고양이 club if 당신 wanna 가입하기 in then go on www.gogirlsgames.com 가입하기 it its so simple btw add me im yasminrocks124 and 당신 can be part of the club im not forcing u though
i will miss 당신 all 팬팝 is friendly

and btw i want to ask 당신 guys a 질문

i like 고양이 cause there soft and sweet 당신 and a other 질문 who's ur favourite winx and why ? me Flora cause shes sweet 당신 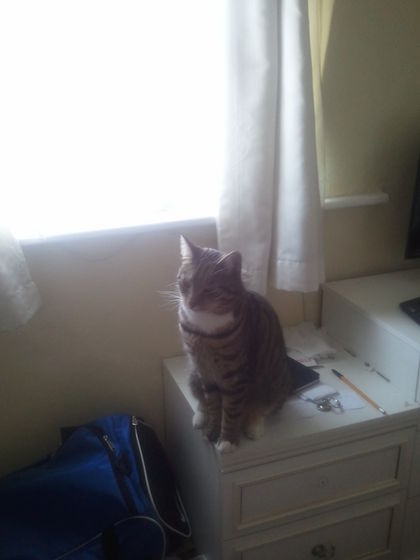 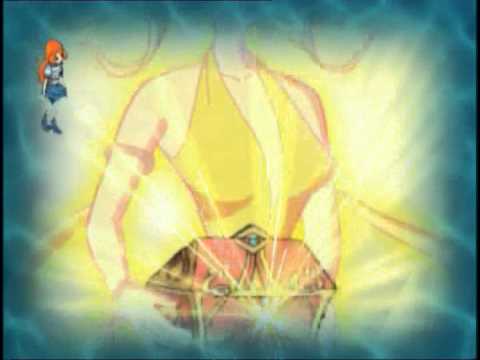