1
What Happened in Colorado chapter 7 In Sickness and in Health (2/10)
posted by HaleyDewit
An 시간 later, when Daphne’s arm was in plaster, someone knocked on the door and Zoey appeared. Her nose was still red, but she didn’t look so angry anymore. She stuck out her hand and made some movements with them like she was doing mime.
“What are 당신 doing?” Daphne asked frowning.
“Just checking the vibes, that’s all” Zoey answered. She looked at her sister. “Seriously, is it 안전한, 안전 in here 또는 should I get myself a helmet?”
Daphne rolled her eyes and waved her good arm. Zoey walked towards the bed.
“So, the window, huh?” Zoey said kind of impressed. “Guess he’s not a total WIMP”
Daphne raised her left eyebrow. “You make it sound like I should be proud of him”
“Well, at least now 당신 have something to hold against him” Zoey said. “And he’ll have to do all the chores”
“No” Daphne shook her head. “I don’t want to see him ever again”
Zoey sank down on the 침대 and took Daphne’s hand. “Sweetie, 당신 have to be honest here. 당신 weren’t really nice to him. He didn’t do anything wrong. He didn’t know. If 당신 want to blame someone, blame me. I’m the one who took him there”
Daphne shook her head again. “That still doesn’t excuse his behavior. I want a divorce”
“You don’t mean that” Zoey said soft.
“I do” Daphne sobbed.
“Don’t make any rushed decisions now” Zoey reasoned. “You should talk to him, give him the chance to say he’s sorry”
“No, you’d have to call him and he doesn’t know how to use a phone” Daphne said.
“Actually there’s no need for that” Zoey said. She averted her head to the door. “You can come in now”
The door opened and Cas came in. Daphne grabbed Zoey’s arm. “Get him out of here. I don’t want to see him”
“Daphne, please listen to me” Cas begged.
Daphne rotated her head to Cas. “Leave me alone. I don’t want anything to do with you. Get out!” she screamed.
“Daphne, calm down” Zoey said sharp. “Emmanuel, 당신 are not leaving until this is sorted out”
“How can 당신 take his side after what he did? He tried to kill me!” Daphne cried.
“I’m just trying to save your marriage” Zoey said. She looked at Cas. “Say you’re sorry” she ordered as if she was talking to a three year-old.
Cas opened his mouth to say the words when the door was busted and two police men came in. They both aimed a gun at Cas.
“Mr. Allen? I arrest 당신 for deliberate assault and battery. 당신 have the right to remain silent. Everything 당신 say can and will be held against 당신 in a court of law. 당신 have the right to speak to an attorney. If 당신 cannot afford an attorney, one will be pointed for you” the closest one grinded out. He cuffed Cas’ hands. “Do 당신 understand these rights as they have been said to you?”
Not waiting his answer they pulled him to the open door and left.
Zoey rotated her head shocked to Daphne. “What the hell just happened?”
TheExcorcist likes this 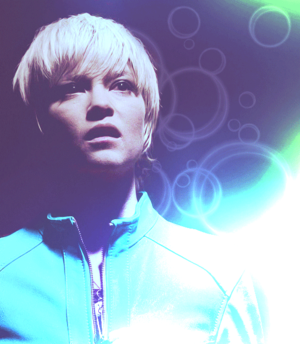 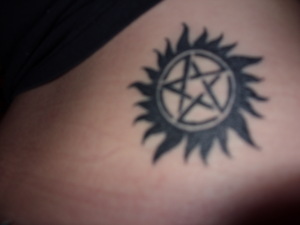 I don't know if this actually deserves to be an 'article' but I wanted to share the extent of my fangirl-ness with 당신 all!

So here it is, my 수퍼내츄럴 inspired tattoo! I know I'm not the first person out there to do this, I've seen pictures of other people just as addicted as I apparently am. But that's not the point I 사랑 my tattoo and wanted to show it off to the whole of fanpop. 또는 at least the 수퍼내츄럴 spot not sure many other spots would care all that much!

I decided when I first saw the the Winchesters flash their chests in Jus In Belo and they had their incredibly hot tattoos...
continue reading... 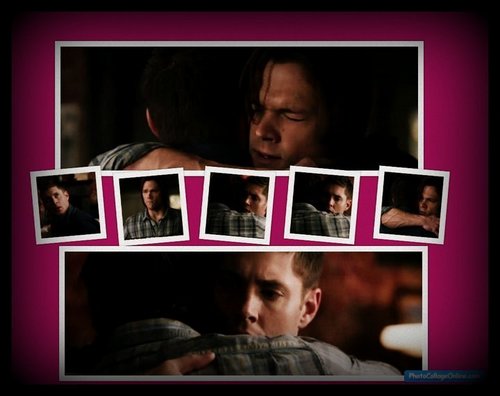 2
Sam And Dean
added by jtp
17
인용구 for: The 'Ultimate Quote' Contest (so far)
posted by babyd21
So for the past week i've been looking for 인용구 to put into the ultimate quote contest, and i've found a lot...but just incase i've missed any and 당신 really want them to be in this contest, tell me the quote and i'll add it!!


“Sammy, I get all tingly inside when 당신 take control like that.”
~ Dean

“What were 당신 thinking shooting casper in the face 당신 freak?!”
~ Sam 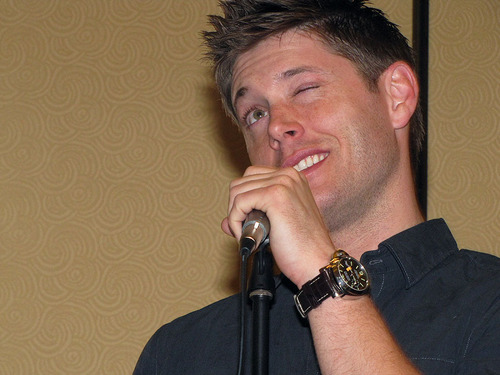 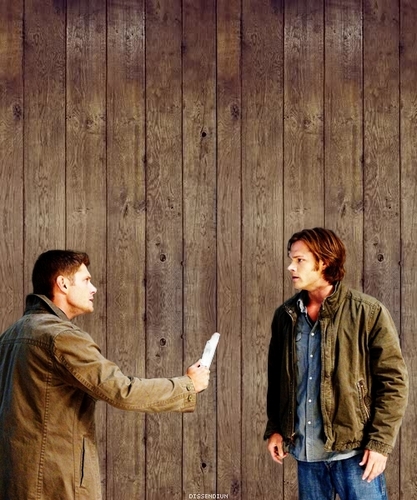 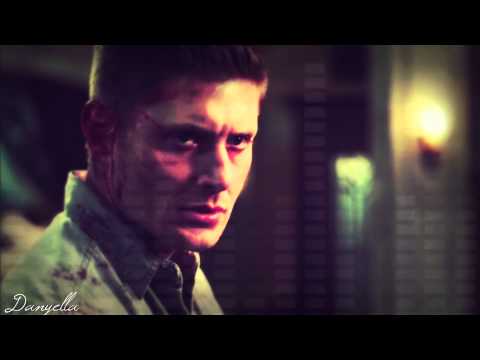 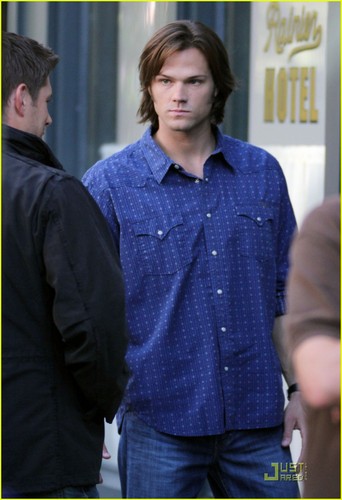 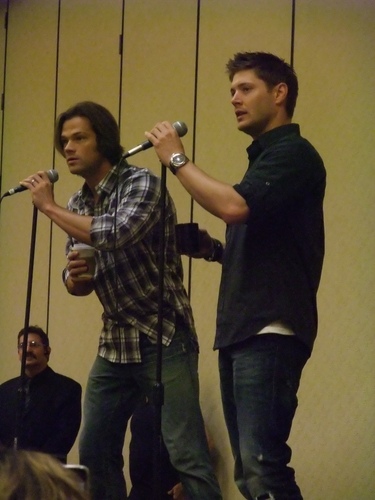 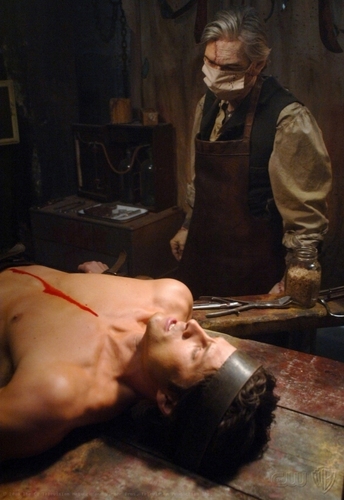 2
Time Is On My Side Promo Pics
added by heroesfan4eva 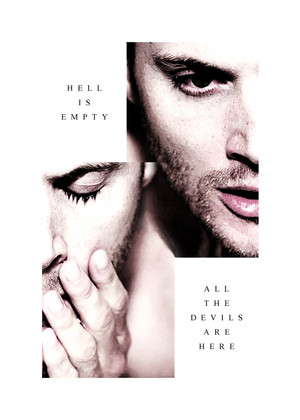 Yeah i have a theory that most people are not going to like because basically my theory is that Sam is going to go to the 'darkside' now many people are thinking that, there is no way cause its just too obvious but to 당신 i say, what other way could the writers end this? The last battle, the ultimate battle is going to be brother vs. brother. The ultimate struggle. I know there has many indications this season that Dean may have an evil side to him as well, with his recent trip to hell and all that tourting but 당신 know Sam is giving into the evil that was forced into him when he was a baby....
continue reading...