2
Total Smash Island: Well it's not a cold tub.
posted by Renella170
(Tabuu leads the 22 smashers to the far side of the 바닷가, 비치 where there are boxes of Jacuzzi parts.)

Olimar: How are we going to open them?

Tabuu: With your teeth … Duh!

All: 당신 can't be serious

Tabuu: Yes I am, 당신 see, the 더 많이 당신 suffer the higher the ratings go and ratings are GOOD!

(Presently the teams find themselves taking the parts to the camp. For the nose pickers, C. 매, 팔 콘 can carry a 나무 상자, 상자 all 의해 himself, Nana and Popo worked together to cary a crate, Ness is helping Lucas carry one, Kirby is making everyone else do the work, Bowser is carrying 4, DK and Diddy are helping each other carry one and Pit is carrying one.)

(For the toenail eaters, Ganondorf is carrying 1, Olimar is being helped carry one 의해 Pikachu, Mario is carrying one, while Luigi doesn't help him, Marth and Ike have one each, Zelda is making Link carry one and the rest are carrying their crates, well, except for Jigglypuff.)

Popo: If he keeps on like that I'm voting him off for sure!

With the toenail eaters, 피카츄 was annoying Ganondorf.

[Ganondorf: I cannot believe we have two pokemon's on our team. We are going to have a losing streak.]

(Back at the camp both teams were trying to open their respective crates...with their teeth.)

Luigi: Hurry up, we're already behind. And Falco, 옮기기 faster!

Falco: I don't have to take lip from you.

Luigi: Oh yeah, well take this! (throws insect aphradesiac at Falco causing bugs to swarm all over him)

(Falco ran around in circles and crashed into a 나무, 트리 and pinecones fell from said 나무, 트리 onto Fox.)

Luigi: All for the good of the team.

(A while later the teams had opened their crate)

Ganondorf: I got some wood.

Link: I got some pool liner.

Ike: And I have the instructions ... but they are in Chinese.

(A while later the nose pickers are building their hot tubs without casualties, however, the same could not be said for the toenail eaters. Luigi was bossing them about and Falco was still covered in insects but every one else was working though very haphazardly.)

(Soon Tabuu came to judge the Jacuzzi's. The nose pickers's hot tub was filled nicely with good quality water from the sea. But the toenail eaters didn't have such luck; there's had to be held together 의해 sticky tape and had a dead seagull floating in it. Jake poked it and it fell apart.)

Tabuu: I think we have a winner...the nose pickers! And 당신 get to hog the Jacuzzi for the rest of the competition!

(The nose pickers cheer while the toenail eaters cried.)

Tabuu: Toenail eaters, what can I say, it sucks to be 당신 right now, I'll see your sorry butts at the camp 불, 화재 tonight.

(A while later the teams were at their respective tables, the nose pickers were chatting happily but the toenail eaters were seated angrily around the 표, 테이블 and had been silent for about 10 minutes. Just then Ike decided to "break the ice".)

Luigi: We've got to decide who to vote off.

Samus: Then that shouldn't be too hard should it; it should be either 당신 또는 Link.

Samus: Because … unless I'm mistaken that is, only 당신 two didn't land in the 안전한, 안전 zone but Link actually jumped. Also, if it comes to general knowledge 또는 magic strength, I fancy our odds with the hyrulian.

Samus and Link hi fived while Luigi fumed with steam visibly coming out of his ears, he then spoke up.

Luigi: Well that's just you; the others could have a different opinion.

Snake: So who would 당신 vote off then?

Luigi: How about Olimar. He's a weakling.

Olimar: But I did nothing wrong! I was the first one of us to jump the cliff!

Fox: I know definatly why we lost.

Luigi: And why is that?

Fox: Because 당신 bossed us about and did nothing worth while. I have decided I'm voting for you!

Luigi: Well I'll vote for you!

(All the nose pickers had stopped what they were doing and were staring at the other team. Luigi saw this.)

Luigi: What? We're just deciding who to vote off, and mark my words it'll be either 여우 또는 the little yellow rat.

(All the nose pickers laughed at the remark.)

(Luigi stormed out of the mess hall and headed for his cabin.)

[Luigi: So the idiot and the yellow 쥐 think they can boot me off? Well then they are mistaken! Name one thing I did wrong! (Adjusts chicken hat). Either way, one of them is going down!]

[Samus: That plumber has issues, I'm so voting for him!]

[Ganondorf: I think I can tell who is leaving tonight and it won't be me.]

[Falco: This Vote was really hard...NOT! I'm voting for Luigi because he wants to outplay his brother, Mario.]

[Mario: Mama mia! I might vote off Jigglypuff. She's a weak player.] 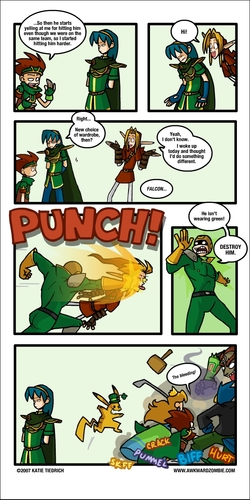 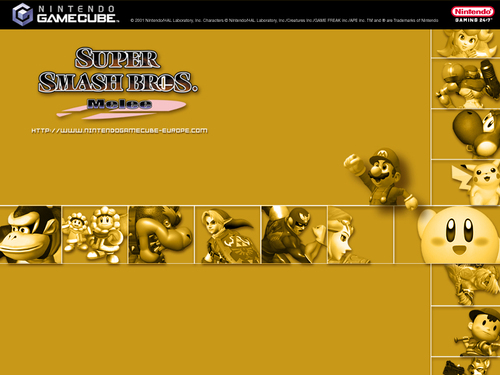 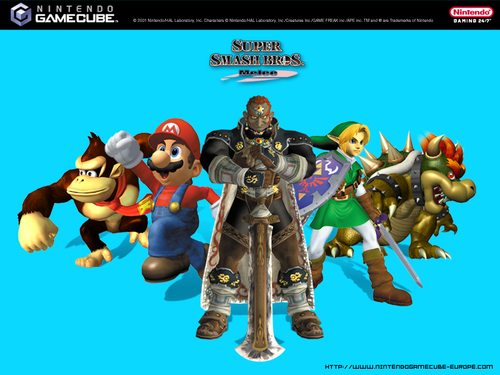 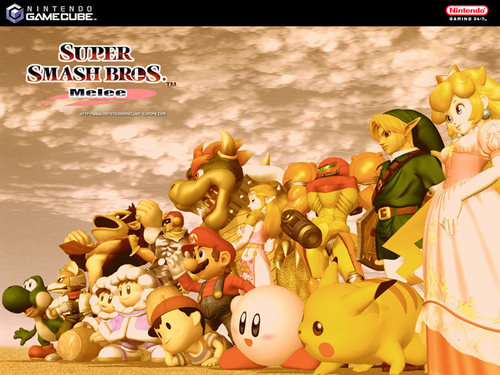 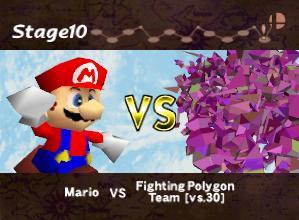 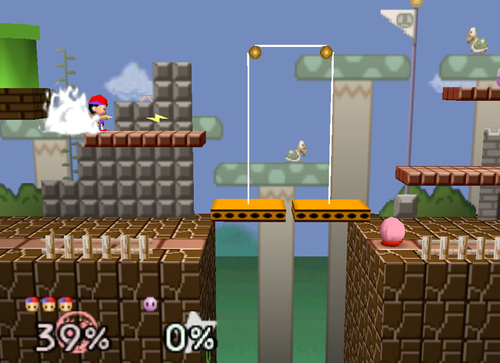 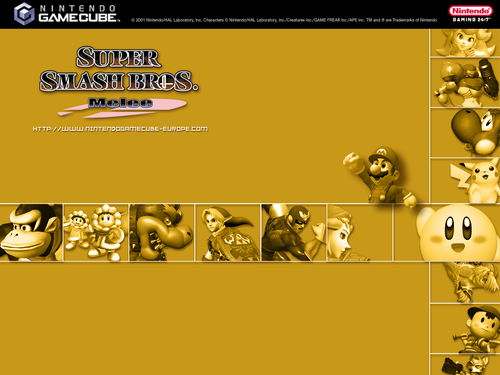 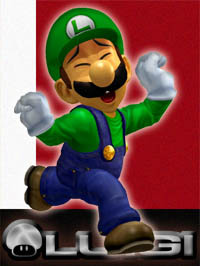 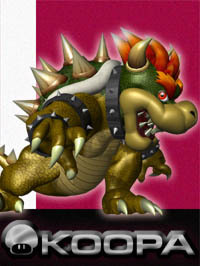 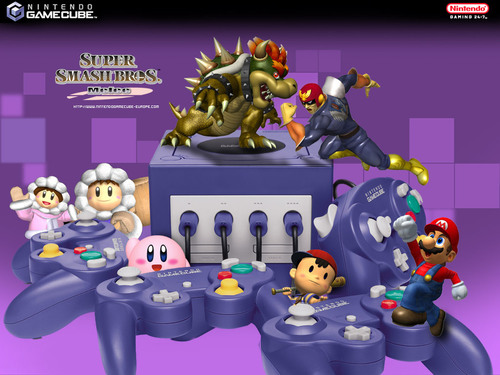 3
바탕화면
added by PkmnTrainerJ
Source: 닌텐도 VIP
1
Total Smash Island: The Badly Named Teams
posted by Renella170
(After the smashers dried off, everyone followed Tabuu to the camp 불, 화재 area where some sit on logs and others stand.)

Tabuu: Now here is the deal, 당신 are all going to stay here for 8 weeks in order to win, every 2 days their will be a challenge, the losing team will have to vote off a member, the smasher who stays here longest without getting voted off will be the winner and will win 1,000,000 dollars and a lifetime supply of a 음식 of their choice.

(Everyone looks exited but Lucas was sweating)

Tabuu: When I call your name go stand over there, the people who end up with 당신 will be your team,...
continue reading... 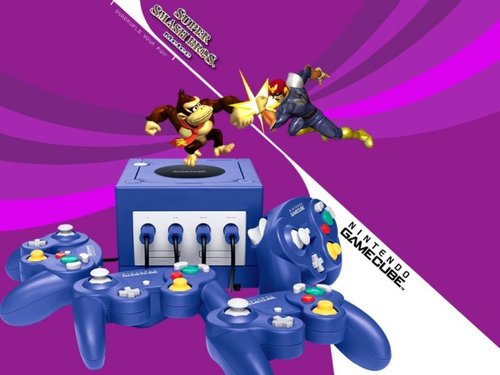 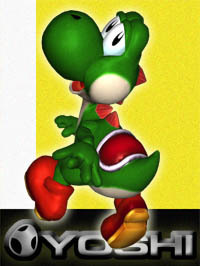 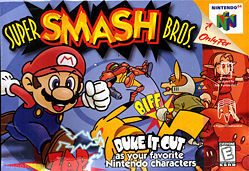 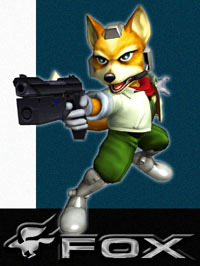 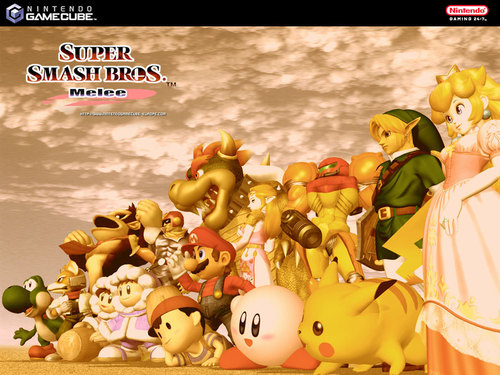