2
AN EXAMPLE OF A MARY-SUE
posted by gyrothehedgehog
NAME: 주황색, 오렌지 the Hedgehog
GENDER: Male
POWERS: He can control fire, he can control ice, he can control electricity, he can control earth, he has super-speed, he can fly, he is super-strong and he is invincible
GIRLFRIENDS: Every girl in the series
LOOKS: An 주황색, 오렌지 hedgehog with black eyes
BACKSTORY: His hometown was destroyed 의해 Eggman so now he wants revenge on him
SUPER FORM: His super form is darker 주황색, 오렌지 and he still has black eyes and ALL THE POWERS IN THE WORLD!!!OMG!!
HYPER FORM: His hyper form is exactly like his Super Form except he is neon orange
DARKSPINE FORM: His super form with white stripes and no pupils
DARK FORM: The same as his Darkspine form
WEREHOG FORM: He is exactly like Sonics’ except orange
siean and Giz_4ever like this
BlazeFan9 u meen gary stu
3
Drexel the Bat (Chapter 2) Stalker
posted by ripperoo1 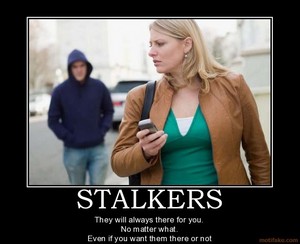 Stalkers: They're always there for you, even when you don't want them to.
I quickly flew down as fast as I could, and pushed the masked man over. He quickly jumped up and grabbed my arm and threw me towards a tree. He ran up to the mobian again with the knife. I ran up and pushed him over again. I jumped on 상단, 맨 위로 of him and tried to pull the 칼, 나이프 out of his hand and keep him strained down. "Run! Go!" I shouted to the mobian. He ran away. I quickly got up and stomped as hard as I could on the masked man's chest as hard as I could. I think it worked because he held his hand on his chest, and I was wearing steel-toed cleats. I flew away. I still kept spying on him though...
continue reading...
1
Wizard-In-Training: Chapter 1
posted by Skitty_Love
It ain't fun bein' the daughter of two infamous wizards and being raised with six brothers. I am Koko the Maine Coon, and my dream is to become a worldwide wizard, just like my parents. Well, actually it wasn't my choice to become one, it was my parents. But I guess I got used to them choosing my future for me... Anyway, lets start the story..

I grabbed my spell book and entered the wooden oak door. It creaked as I opened it. "Good morning, Koko," The secretary greeted. I shrugged and waved. I wasn't very social.. Despite I was adopted. Thats right, my parents are foxes. I sat down in my seat....
continue reading...
1
raths resistance part 2
posted by rath01
Just about the when the war bot was going to shoot a red flash zoomed 의해 and the war bots arm exploded in a giant boom then the bots body turned gray as if he was turning to stone and it froze in its tracks rath was 겨울왕국 too but in a different way he was amazed at what just passed him and at that moment he felt a hand on his shoulders rath screamed at the thought it was another bot but it wasen' t it was a girl then raths fear cooled a bit. shhhh said the girl he could be watching us now follow me .rath was silent as he followed the girl but in his mind he had so many 질문 about how...
continue reading...
1
raths resistance
posted by rath01
Well i guess its time to tell 당신 a story but not any old story but a story about the founding of a team called well 당신 will find out now lets begin on the the planet called distrect-2 there was a great war and all the people that showed any promise of becoming a great warrior was killed and the man who started this war was called DR.neg X but there was a small hand full of warriors that stood a chance but they were defeated but before they died they put together there powers and 스플릿, 분할 them into 7 powerfull orbs 3 of them turned into children its been 15 years since then and now our story...
continue reading...
1
Gary-Stu and Mary-Sue: Let's not have our characters as gods, hmm?
posted by MephilesTheDark
Rules:

If you're doing this 퀴즈 because 당신 want to proove your character is not a Gary-Stu/ Mary-Sue, then don't bother; they are.

If 당신 don't like your results, don't blame me; it's your character, not mine.

Please be honest: There's no point doing this if you're not.

Each 'yes' is worth one point. Each 'no' is worth nothing. Tally the score to get the end result.

So, get you're pen and calculator out; time to see how bad your character really is!

*Name here* is my name - 또는 my 가장 좋아하는 nickname, my pet name, my Internet chat handle, my initials, my last name, my middle...
continue reading... 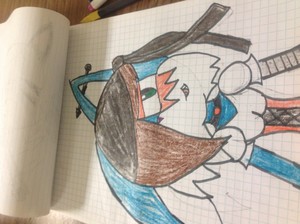 Ashton in one of her 할로윈 costumes
added by scougesgirl
Source: Me
2
After the Unmade PPE
posted by TakTheFox
So after the events of Origin Unmade 2 there were changes, shifts, in the universes and characters. Today we have PPE. I’ll be going over her backstory, personality, relationships, and abilities.


BACKSTORY
Very little is known about PPE, 또는 더 많이 formally known as “Playful 담홍색, 핑크 Eyes”. She first appeared when spending time attacking 랜덤 civilians aimlessly with energy blasts, while at the same time teleporting about and showing various forms of romantic affections. It was noted that she never actually hit anyone, and once asked about her reasoning she simply stammered out the word “Play”...
continue reading... 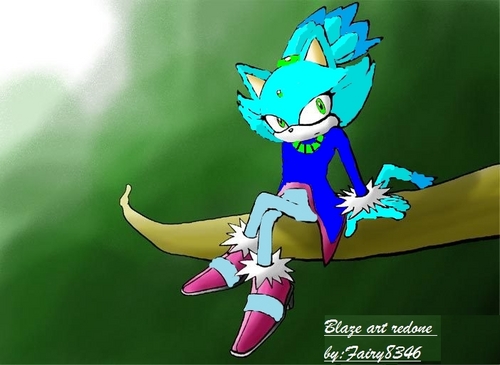 Mist the cat
added by Fairy8346 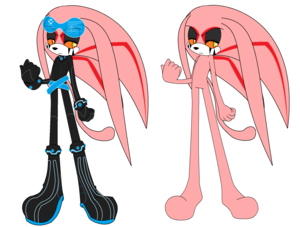 Cryptic the unkown (Anti-Myste)
added by abbythesheepdog
Source: me and the base owner i geuss 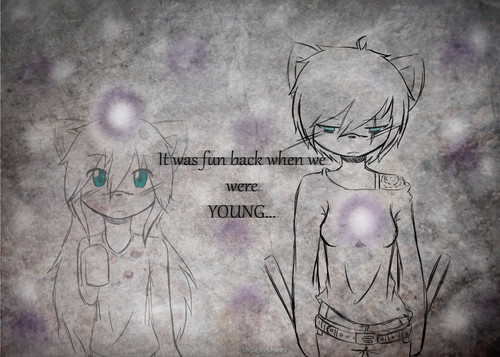 Does character have hair?:...
continue reading...
2
For the people of Mobius Academy
posted by TakTheFox 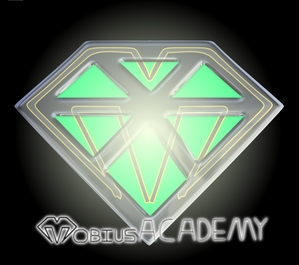 So I was thinking that since Mobius Academy (restart) has been so successful, we could make a 팬 fic about it.
What would happen would be that one 또는 two people would write it, while the others supply info about the 포럼 (this would include actually 글쓰기 about what happened in the forum, and not just starting from scratch). We would have to rewrite some things, but I think that most of it would probably be very usable.

If nominations are open, I would like to be one of the writers. I think there should be two for one reason in particular; There are multiple happenings...
continue reading...
3
Kenfi 프로필
posted by TakTheFox
Name: Kenfi
Age: 3-million and seventy-four
Appears to be: 17 XD
Usual outfit: She seems to want to wear anything girly, but has worn two outfits 더 많이 than others. A 모피 재킷, 자 켓 with long black pants, and a purple t-shirt with blue jeans.
Eye-color: Blue, but her eyes seem stripy… in a way
Distinguishing Marks: The little 심장 and 꽃 designs on her ears, feet, and hands.

FAVORITES
Color: Red
Music: Techno
Food: No one ever sees her eat anything
Expressions: Smiling flirtatiously, smirking
Book: None
Quote: “what a girl wants”
Expletive(s) (swears): No
Mode of transportation: She likes Limos but...
continue reading... 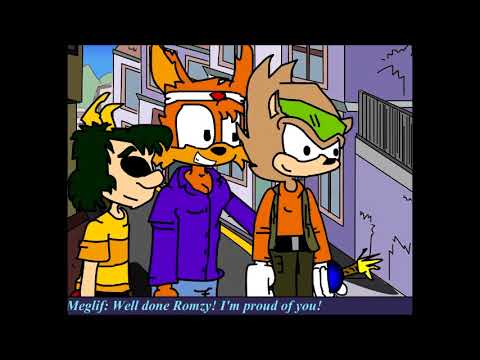 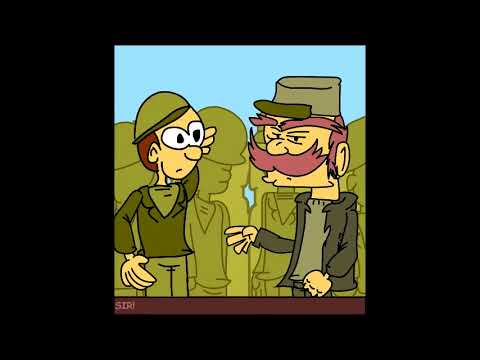 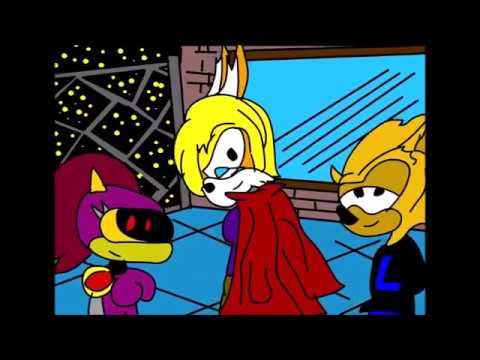 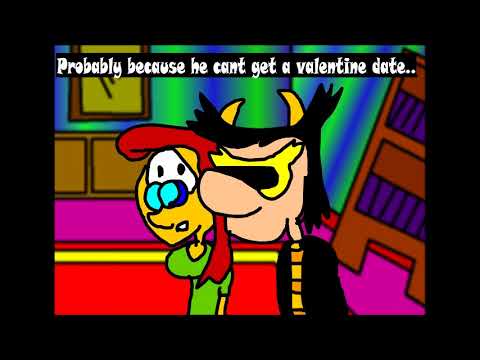 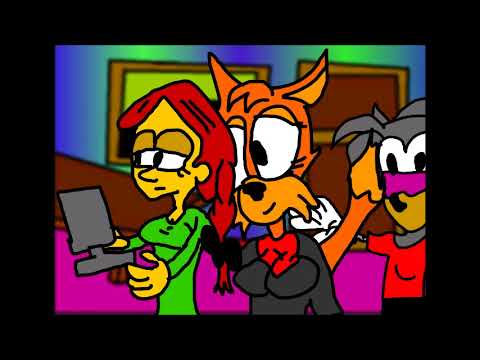 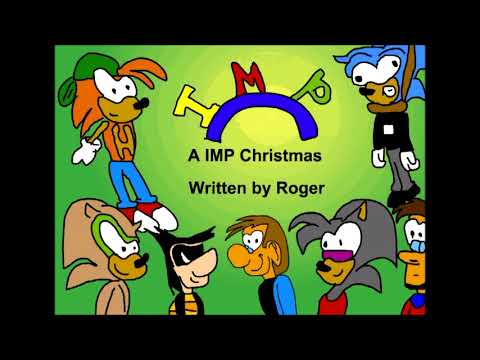