I was walking up some stairs at school (we have alot of stairs) and a guy, a student I don't know is screaming at me,

As I normally do, I replied "Hi." Now here is the disturbing part. He said (and still yelling),

"CAN I MESSAGE YOUR TOES?"

I was shocked. A stranger wants to touch my toes! So I said "No" and he did a "Darn"

Then he told all his 프렌즈 that I'm was his girlfriend. I was scared! It was soooo random. He asked me if the was true 또는 not so he can prove it. Awkwardly, I answered "Yea......." THEN, then he did this really weird dance. He skipped and clapped at the same time. His 프렌즈 were laughing and he called me "Sweetheart"

I thought I may want to share
deathding, OkazakiDaisuke and 5 others like this
Sylvia_Puffin O.o wow... Awkward... Was he cute? <3
Sylvia_Puffin His friends probably put him up to it.
Bluekait He wasn't at all. They probably did. Man, was he loud.
FionaLuvsFinn whhaaatttt?
teamsalvatore98 WINNING!
-SilverFey- @Bluekait: he wasn't? That sucks. Oh well, what boy is? xD I can only think of three...two of which are too old for me...
Bluekait I don't know. I think he may be older
1
A Kinda New 음악 Genre
posted by 16falloutboy
Hardstyle is an electronic dance genre mixing influences from hardtechno, hard house, hard trance, and hardcore. Hardstyle typically consists of a deep, hard-sounding kick drum, intense faded 또는 reversed basslines accompanying the beat, a synth playing a melody, and detuned and distorted sounds.[citation needed] It bears some similarities to hard trance. Many hardcore artists produce hardstyle tracks as well, and many newer Hardstyle tracks are written in tuplet.

I stumbled upon this while surfing the net. I'm posting the ones I thought were the funniest. (I'm not the author of any, of course, and I don't know whom to credit.) Hope 당신 like it.


Three things are certain:
Death, taxes, and 로스트 data.
Guess which has occurred.

Everything is gone;
Your life's work has been destroyed.
Squeeze trigger (yes/no)?

The code was willing,
It considered your request,
But the chips were weak.

Windows NT crashed.
I am the Blue Screen of Death.
No one hears your screams.

FEBRUARY BABY
Abstract thoughts. Loves reality and abstract. Intelligent and clever. Changing personality. Attractive. Sexiest out of everyone. Temperamental. Quiet, shy and humble. Honest And loyal. Determined to reach goals. Loves freedom. Rebellious when restricted. Loves aggressiveness. Too sensitive and easily hurt. Gets angry really easily but does not show it. Dislikes unnecessary things. Loves making 프렌즈 but rarely shows...
continue reading...
4
differences between friend and best 프렌즈
posted by eslisle4254
FRIENDS: Never ask for anything to eat 또는 drink.
BEST FRIENDS: Helps themselves and are the reason why 당신 have no food.

FRIENDS: Have never seen 당신 cry.
BEST FRIENDS: Wont tell everyone else 당신 cried...just laugh about it with 당신 in private when your not down anymore.

FRIENDS: Asks 당신 to write down your number.
BEST FRIENDS: Has 당신 on speed dial.

FRIENDS: Borrows your stuff for a few days then gives it back.
BEST FRIENDS: Loses your stuff and tells you, "My bad...here's a tissue."

FRIENDS:...
continue reading...
2
12 things never to do in front of preps
posted by demonthief
1. Don't set things on 불, 화재 2.Don't mock hollister
3. NEVER say "who wants an 이모 hug?"
4. Never call justin bieber a piece of crap
5. Don't write "lying ho" on thier locker
6. Don't correct their grammar
7. Don't say, "God hates you"
8. Never say "I saw 당신 at the abortion clinic"
9. Don't tell them their "special"
10. NEVER, EVER, ask, "Was your mom working streets last night?"
11. Never threaten to beat them with a shoe
12. Don't say they have a special medical condition called "bitchitus"

I've learned from personal experience, and no offense, don't mean to affend anyone :)
8
Wierd facts about 9/11
posted by MJlover101
-New York City has 11 letters.

-Ramsin Yuseb (the terrorist who threatened to destroy the Twin Towers in 1993) has 11 letters.

-The first plane that crashed into the Twin Towers was flight number 11.

2- relax on the sofa

3- turn on TV
and raise it's sound to highest level.

7-switch on the computer.

8- turn on the air condition

9- play in your parents stuff
"Mix them up"
10- eat 바나나 and throw it on your neighbor door.

11- turn on the lights.
12- after electric gone,fire a Candle then feel it

13- switch on the electric lock .
14- jump up down from sofa.
4
Things to do at the movies...
posted by iluvsmj
1. When 당신 are choosing a seat, point at someone and say loudly in a childish voice, "I don't want to sit to that guy, he smells funny!"

2. Everytime there is a gun shot, scream, "Hit the floooor!", jump to the floor and cover your head.

3. Quote all dialogue five 초 after it's said on screen.

4. Ask the person at the ticket counter "Do 당신 come here often?"

5. Start an standing ovation at the end of the movie.

6. Become a bookie. Take bets on which character (or audience member) will die first.

8. Clap and cheer when the good guys gets killed....
continue reading...
3
Cute Poem:)
posted by LadyL68
♥If you're asking if I need you,♥
♥The answer is forever♥


♥If you're asking if I'll leave you♥
♥ The answer is never♥

♥If you're asking what I value,♥
♥The answer is you♥

2. I will always stick up for what I beleive in.

4. Cheryl Cole is my idol and inspiration.

6. I 사랑 to sing and songwrite.

10. A lot of people pick on me at school, but I also have the most amazing friends, and they mean the world to me.

13. 거리 dancing is the most amazing feeling. 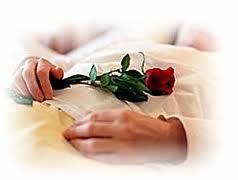 Have 당신 ever heard of Euthanasia? Well It’s commonly known as assisted suicide, which either way said is illegal. But I believe that we should legalize it for medical reasons. Legalizing euthanasia would help ease suffering of terminally ill patients. It would be inhuman and unfair to make them endure the unbearable pain.
In case of individuals misery from terminal diseases 또는 in conditions where effective treatment wouldn’t affect their quality of life; they should be given the choice weather...
continue reading...
2
The Worlds Greatest Song Tribute Lyrics
posted by wolfgirl985
*If I had forgetten something else please let me know thanks :) :P*

So, long 이전 me and my brother Kyle here
We was hitch hiking down a long lone-some road
When all of a sudden, there shined the shining demon..
And he said!
"Play the best song in the world..or I'll eat your souls..."
So we each looked at each other and said "OK!"
So we played the song that just so happened to be! The best song in the world! It was the best song in the world! Look into my eyes and its easy to see when a one makes two and two and one makes destiny...
Once every thousand years 또는 so,
Is when the sun dont shine and the...
continue reading...
26
What's the difference bewteen 프렌즈 and Best friends?
posted by -RandomChick-
FRIENDS: Lend 당신 their umbrella
BEST FRIENDS: Take yours and say 'RUN DUDE! RUN!'

FRIENDS: Never ask for anything to eat 또는 drink.
BEST FRIENDS: Helps themselves and are the reason why 당신 have no food.

FRIENDS: Would bail 당신 out of jail.
BEST FRIENDS:Would be sitting 다음 to 당신 sayin "THAT WAS FREAKIN' AWESOME!!"

FRIENDS: Have never seen 당신 cry.
BEST FRIENDS: Won't tell everyone else 당신 cried...just laugh about it with 당신 in private when your not down anymore.

1. Do not talk about /b/*
2. Do NOT talk about /b/*
3. We are Anonymous.
4. Anonymous is legion.
5. Anonymous does not forgive, Anonymous does not forget.
6. Anonymous can be horrible, senseless, uncaring monster.
7. Anonymous is still able to deliver.
8. There are no real rules about posting.
9. There are no real rules about moderation either — enjoy your ban.
10. If 당신 enjoy any rival sites — DON'T.
11. 당신 must have pictures to prove your statement.
12. Lurk moar — it's never enough.
13. Nothing is Sacred.
14. Do not argue...
continue reading...
7
Gross Facts
posted by EllentheStrange
Warning: This 기사 contains disgusting facts that just as the 제목 states, 당신 may not want to know! With that being said, please read on with caution.

Next time 당신 lean in for a kiss, 당신 might want to think about this:

1. The nose drips into the back of the mouth and 당신 may get mucus mixed with saliva when kissing.

2. Fungus is constantly growing in the oral cavity.

3. The white blood cells from your partners mouth will attack yours when embracing in a kiss.

1. One of the gasses in your farts is actually flammable. If 당신 attempt to light your gas on 불, 화재 it...
continue reading...
10
How Poor People Live!
posted by beeibe
I found this beautiful 기사 and I had to share :)


One 일 a father of a very wealthy family took his son on a trip to the country with the firm purpose of showing his son how poor people live.
They spent a couple of days and nights on the farm of what would be considered a very poor family.
On their return from their trip, the father asked his son, "How was the trip?"
"It was great, Dad."
"Did 당신 see how poor people live?" the father asked.
"Oh yeah," said the son.
"So, tell me, what did 당신 learn from the trip?" asked the father.!
The son answered: "I saw that we have one dog and they had...
continue reading...
6
Christian Conformity
posted by darkkhorn19
It was around 12:30 and I was at the grocery, I was busy getting some apples when a teenage boy goes over to me and hands me a cold bottle of water and a magazine. I thanked him, but apon 읽기 the magazine it was full of lies. It was trying to convert me to Christianity, so before I drank the water, I threw the ice-cold water in his face, dropped the magazine, and said "If your so-called "God" exsisted, why didn't he stop me from doing that?" The boy simply replied "Because your denying his love". Right away, I replied "Oh please, If there was a God, I bet 당신 he'd rather prefer a good honest Athiest than a preacher on Televison going around lying about his healing powers". He was angered "And how do 당신 know who God would prefer?!" If it was even possible at the time, I was calmer than before and answered. "The very same way the bible was made". I smiled warmly as I saw him stomp away with anger.
6
5 things to do before u die!
posted by SpecialAmp
1.Jump off mount Everest 2.Crash a car into McDonald's 3.kill britney spears 4.eat ur own arm 5.burn sombody with gasoline THX FOR READING!!! well i'm new to 팬팝 so can u request me???? plz :) :) :) :) Ummmmmmmmmmmmmmmmmmmmmmmmmmmmmmmmmmmmmmmmmmmmmmmmmmmm
More Cards
1234567891011