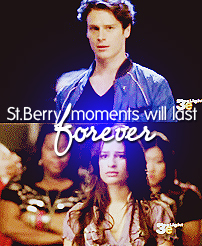 I went down with ship, but I don't regret a second of it.
Okay, I get it. Jesse's a jerk. Rachel deserves better. He never liked her. He was obviously just playing with her. Etc. Etc. If 당신 haven't seen any of those statements made about St. Berry, 당신 have clearly been living under a rock. But regardless of whatever those haters say I cannot stop shipping this couple. I can think of hundreds of reasons why, but here are my 상단, 맨 위로 five.

1. Chemistry.
I honestly do not think there is anyone who can logically dispute this one. Lea and Jon have the kind of sparks that can make your 심장 break and squeal with joy in the same scene. I'm sure it comes from the being best 프렌즈 for years, meaning that it isn't able to be copied 의해 any of the other 글리 ships.

Take 집 for example. In an episode where neither of the really spoke, they managed to be the highlight of the episode for me. These adorable background scenes were so sweet and so natural. The hug in Like A Prayer? Jon and Lea own spinning hugs.

2. The talent.
I'm a bit of a Spring Awakening nerd so I wasn't expecting shocked at the pure amazingness of their voices again. But the first time I listened to the thirty 초 clip of Hello, I fangirled like no other. The notes Jon hits! Finally we had a male lead that could keep up with Lea's talent. Lea and Jon have the best voices on the show. Probably two of the best in the entire world. When the sing together, I get chills every single time.

3. They make sense together.
Many Finchel 팬 have argued that they're the same person. They're not. They do, however, have things in common. They're both musical, driven, intelligent, a little obsessive at times, and have 별, 스타 potential. Would anyone else have pick the Stephen Sondheim section to meet with her? If Rachel told Finn 또는 Puck about her mother being Patti Lupone, they would have absolutely no idea what she's talking about. Jesse can not only keep up with her vocally but intellectually too.

4. She gave her 심장 to him.
As an obsessive Rachel 팬 even I have to admit that she can be obnoxious at times. When she's stalking/obsessing over Finn, I just roll my eyes. When Rachel was with Jesse, her character was at it's best. She was adorable, funny, and the most likable she's ever been. She fell for him. And for one time in her life a boy wanted her. She wasn't taking the backseat to Quinn Fabray.

5. He did 사랑 her.
I know since the egging scene, this has been a big argument. Was he lying? If he actually loved her, then why did he stop? So many questions! In my opinion, Jesse really did 사랑 Rachel. Just look at the looks he gives during Total Eclipse of the Heart! And did 당신 noticed how he flinched when she was being egged. It was like they were egging him.

But the thing that brought St. Berry together drove them apart. Jesse chose his career over Rachel. And face it! In the same situation, Rachel would have chosen her career over anyone. Even Finn. For all we know Jesse's scholarship could be riding on winning Nationals. And New Direction is not going to win Nationals. He was given a choice between two things he loved, and he picked the one he loved more. Rachel would have done the same thing.

I fell for this couple hard and fast. Everything about them made me giddy. As upset as I am about their ending, they gave a hell of a ride.
PurpleMonkey82, Pollyblimp and 41 others like this
chameron4eva Hell YES I AGREE!!! Also, Rachel never had to try anything, she never had to change for Jesse, because he accepted her the way she was, quirks and all. With Finn, she kept trying to change her look. I WILL GO DOWN WITH THIS SHIP... and I don't regret it. [i] I will go down with this ship And I won't put my hands up and surrender [/i]
nevermind606 All excellent points, Laura! I love this article, and I love you for writing it (Totally saving it). Also, did you make that fanart?! It's fucking GORGEOUS. GOING DOWN WITH THIS SHIP. <3
all_the_glitter Also, did you make that fanart?! --- Hahaha. No. credit (I meant to do this earlier. :P): brubsmeatsix @ tumblr
spikes_girl Each reason is made of epic win. Jon and Lea approve, as do I!!! :DDD
Annaoth I so agree with everything on this list! St. Berry forever!!
bety_7723 Agree with everything!! And I just turned a Fall Out Boy song into a St.Berry one! [i]They say the capitan Goes down with the ship So when the world ends Will God go down with it[/i] [u][b]They say the shiper goes down with its ship So if St.Berry ends we'll all go down with it![/u][/b]
Shandiii Jesse can not only keep up with her vocally but intellectually too. SO FKING TRUE! This article explains things even I didn't have complete answers to, and you have made me [slightly] more sane again. Thank you for this beautiful list. ALSO GOING DOWN WITH THIS SHIP! ♥
Shirley_Parker I agree so much with you on this. The entire list. Sorry, Finn and Rachel will never be the same person. Finn doesn't know half of the time what Rachel talks about (When he is listening). I feel like, if they were real people, those two would just meet on the road, years from now. There will be no lies around them, no pressure to be accepted and no leader ship to keep them apart (Remember, Rachel wanted to break things off for the team back on The Power of Madonna). Rachel will have her high school love, have her heart broke over and over again 'till the day she is over it. High school love never ends, but the sense of understandment between those two and just a connection from two people that are basically the same will forever create this attraction and spark and eventually they would patch things up. Finn, Puck never feel this way for me. It will end in high school. I am talking like they're real LOL. But they feel more real.
brattynemz Great job on this article! :)
AnaHallam [i]ALSO GOING DOWN WITH THIS SHIP! ♥ [/i] This exactly! Amazing article XD
Makalodeus I agree with EVERYTHING you just said, St. Berry for life! Of all the ships, I think this one is most likely to last after high school. Lets be honest, when the time comes for them to graduate and go off to college I highly doubt Finn would follow her to her dream school to be with her. Also, as much as I love him and his voice, there is no chance in hell he will be accepted. So yeah, It's my personal canon that Rachel and Jesse will meet up on Broadway one day and have ridiculously talented and beautiful babies. Hey, a girl can dream :D
othgirl_peyton Completely agree with you!
Cas_Cat_2 Aww, i love this <33
mooimafish17 these two are my OTP
othfan4eva Love St. Berry ♥
caseylar This is making me miss them even more!!!
Joy3570 Thank you Thank you!!! I needed someone to say this loud :) And, God, I was sick of the statement "he was playing her" We totally have to have St. Berry back!:D
boo-bop i AGREE SO MUCH!! i lov ethem and can't stop loving them and i have a thory that i stand by: thta Vocal Adrenaline told him something to make him turn on Rachel liek that, becuase he did love her. there's no denying that!!!
newmixgirl Absolutely agree! They had me at "Hello" and when they egged Rahcel he flinched, I've seen that scene a bunch of times trying to read Jesse's expression and you can tell that it was hurting him to see her like that. I loved the bit you wrote about Jesse choosing his career over love, it makes perfect sense. I am also going down with this ship, like you guys
hstb Amazing article!! I think this must be showed to all the St. Berry haters or the people who don't understand what happened, you explain everthing so well... ALSO GOING DOWN WITH THIS SHIP! You guys rock!! ♥♥
iLoveChair 100% quality article. Agreed on every one and each of the points you made.
UESforeverr I Absolutly agree with this entire article {period} St. Berry Forever<3
sevendeadlysins F#%#^@^# YEAH! This artcile is the pure definition of awesomesauce and honesty.
MrsStJames loved the article! and the episodes references were really goods!
noplacelikemlbn AGREED. EVERY SINGLE WORD. GOING DOWN WITH THE GODDAMN SHIP! 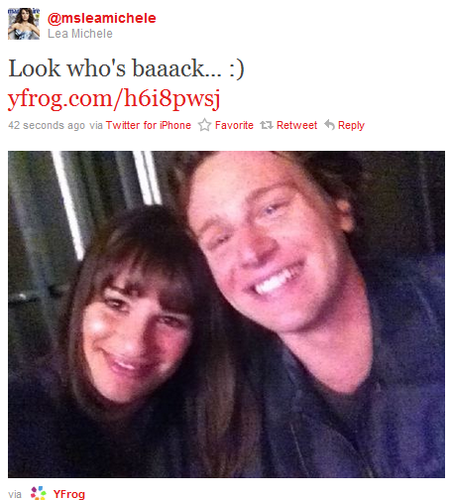 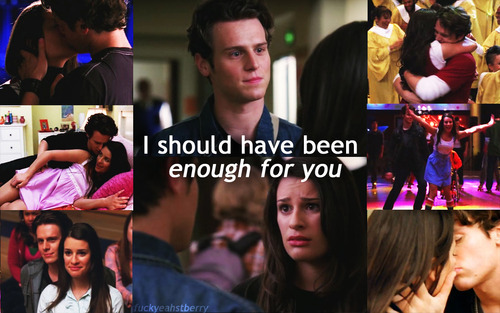 "I should have been enough for you..."
added by sevendeadlysins
Source: fuckyeahstberry.tumblr.com 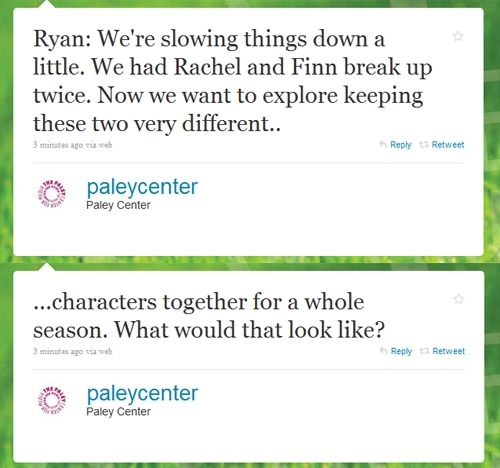 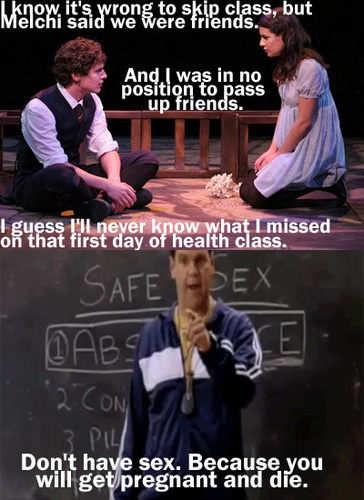 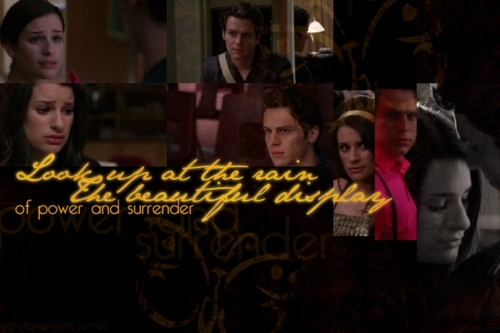 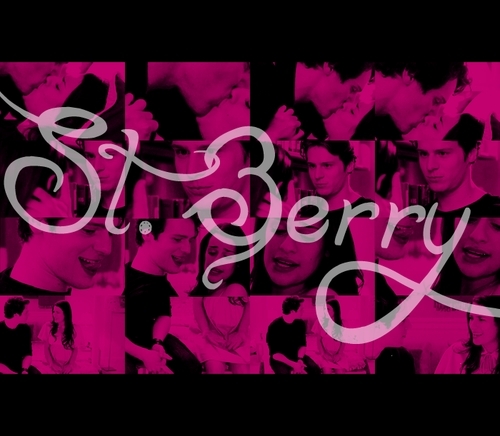 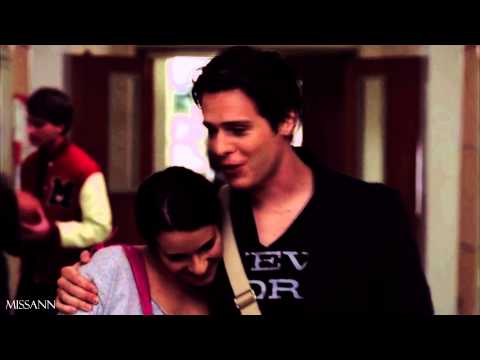 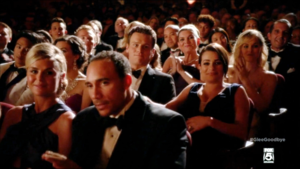 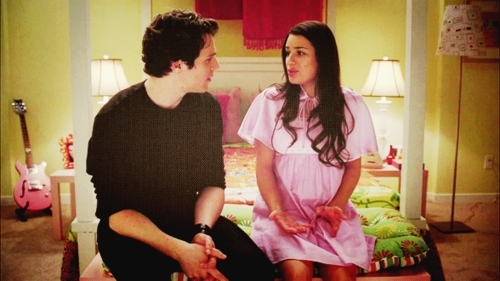 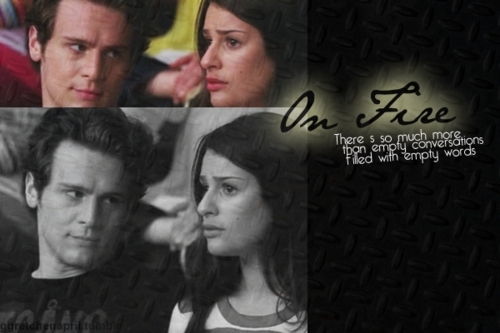 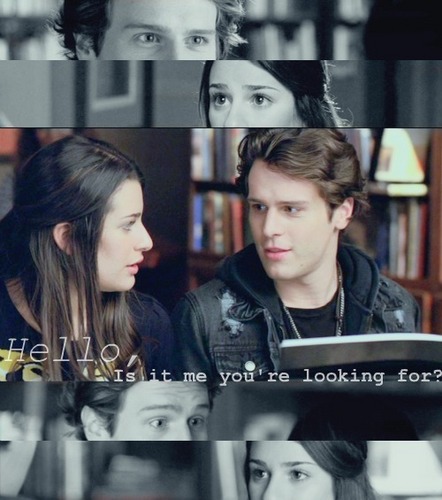 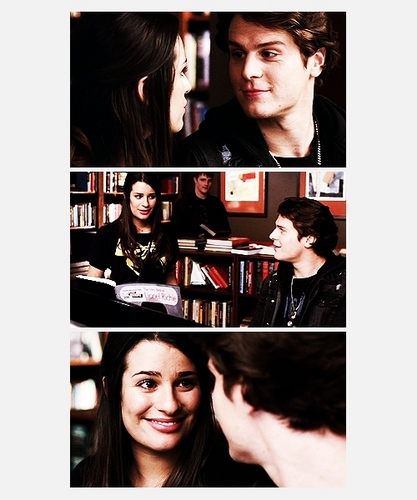 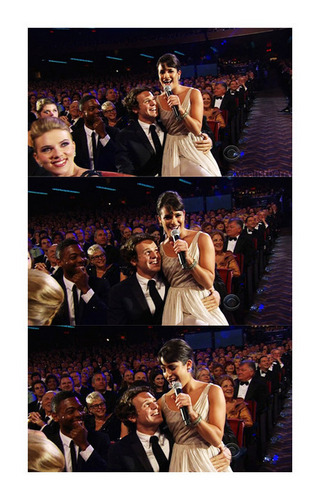