3
Pom MLP LOTR crossover: chapter one
posted by misscrazel
MLP is my little 조랑말 and LOTR is lord of the rings. Everyone is Humanized for the story. Also Sylvia_puffin is making this with me.

Rico sniffed the ground, searching for the scent of the missing person.
"Look, there's a house." Private observed, pointing over to a 나무, 트리 with a door and windows."Do 당신 think they might have seen the missing person?"
They walked over to the house and knocked. A girl with purple hair and a horn opened the door.
"Hi!" she said. "Can I help you?"
"We're looking for a missing person," said Private. He wasn't surprised 의해 the horn; after all, he had believed in such creatures as this girl his entire life.
"What do they look like?" asked the girl with purple hair.
"Brown hair, and I think they have green eyes," said Private.
"I haven't seen anyone with green eyes besides Applejack. Oh, 의해 the way, I'm Twilight Sparkle."
Kowalski pushed in front of Skipper and saw the horn.
"Lets not play dress-up," he said patronizingly, yanking Twilight's horn.
She toppled forwards, falling on Kowalski and almost poking Rico in the eye.
"Ow!" Kowalski complained, pushing her off.
"Hey, could 당신 help us get home, then?" asked Skipper.
"Sure!" Twilight answered. "But I'll need my friends."

Soon all her 프렌즈 (Twilight introduced them as Applejack, 무지개, 레인 보우 Dash, Fluttershy, Pinkie Pie, and Rarity) all stood in Twilight's living room. Twilight handed necklaces to each of them and placed a crown daintily on her head.
The five of them stood in a 원, 동그라미 around Twilight. Light erupted from the necklaces and flowed into Twilight's crown. Suddenly there was an explosion.
All of them (including all off the mane six, which wasn't supposed to happen) fell out of the sky and into a strange, wild-looking place.
"This is your home?" Twilight Sparkle asked, sitting up.
Private looked at her, eyes wide. "No..."
mostar1219, 27Kowalski and 1 other like this
Sylvia_Puffin I said explain the characters! Am I gonna have to do that or something?
misscrazel Yep. U have 2. :)
Sylvia_Puffin Fine. *huffs* MLP: FIM characters Applejack: southern stereotype. The horse in Abi's icon. Friendly and determined. Twilight Sparkle: very good at magic, gentle, sometimes spends too much time studying. Fluttershy: gentle, shy, loves animals. Rainbow Dash: proud, good at flying, show-offy but has a soft spot, though she does usually show it. Rarity: quite prissy, diva queen, loves fashion. LotR characters Aragorn: king, man, good at sword fighting, brave, very good with horses. Legolas: elf prince, extremely talented archer, gentle and loyal towards his friends but can get quite angry if someone threatens them. Loves the forest and is shown to be a bit hot-tempered, in a laid-back sort of way. He has a good sense of humor, though it's hard to catch the fact that he's joking sometimes, and it usually takes his companions a moment to get it. He rarely smiles, like most of the elves, and didn't cry when they though Aragorn was dead in Two Towers. (When they found out he wasn't dead, and Legolas saw him, he searches his face for a moment, then said: "You're late." which should give you an idea of his personality. He often calls his companions children in the books. Okay , I'll stop talking about Legolas now. Sorry, he's my favorite. Oh, and those were just the characters we know are gonna come in. There might end up being more.
misscrazel ^u forgot 2 say Legolas is ugly and lame
Sylvia_Puffin ^:P 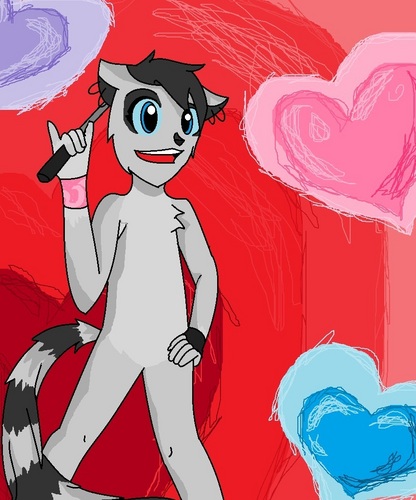 2
aurore my 2nd oc
added by Blue_Vanilla
Source: Blue_vanilla a.k.a me 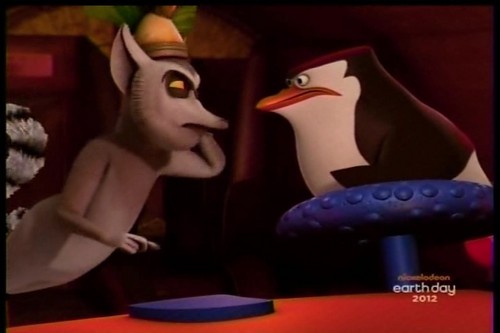 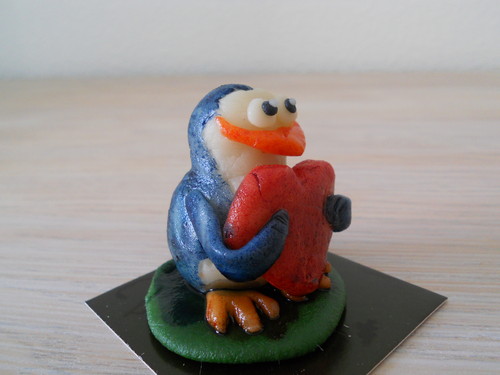 Note: This installment contains references to North Wind from The Penguins of Madagascar Movie, although it should not spoil anything for those that haven’t seen it. 의해 the way, there's one mild curse word, just a warning.

“Skipper, this came for you,” Kowalski said making his way over to his retired first-in-command with an envelope.

Skipper smiled as he took the envelope from Kowalski. “Thanks, Kowalski,” he said with a tired sigh. 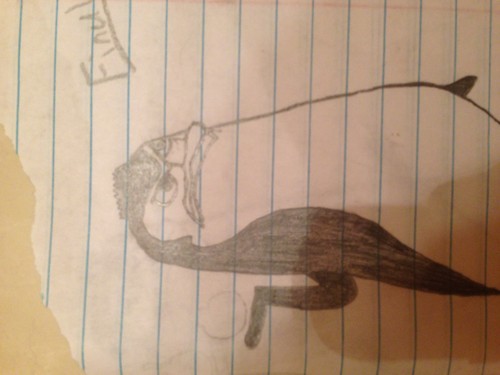 My rico drawing
added by spmana123 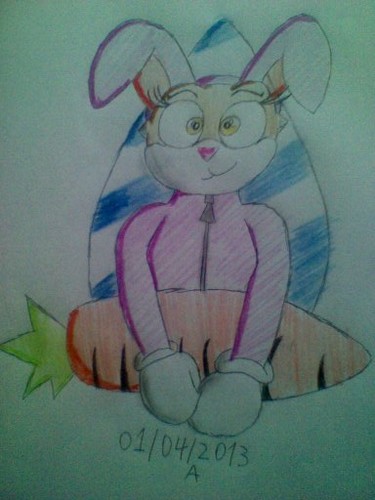 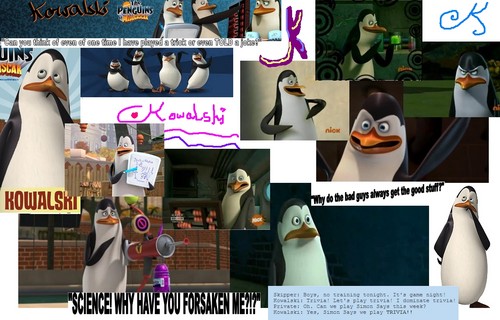 2
Kowalski<3
added by Tressa-pom
Source: Me
Strong And Proud Song
posted by Mother-of-PoM
I am crying, watching tears fall

Rumors zooming through my head

Only silence fills my mouth

Do 당신 have to take me for naive

Don't judge me for me

You can throw your lies at me

You can try to light my hopes on 불, 화재

Go on and try to kill me

I will stand back up

As I dry my tears, I smile

And blow away your lies

Wouldn't it surprise you

As I brush 당신 off as if you're air

All my hope seems shattered

But I'm actually bursting with faith

You can throw your lies at me

You can try to light my hopes on...
continue reading... 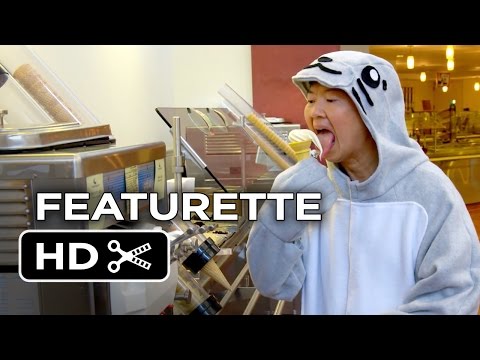 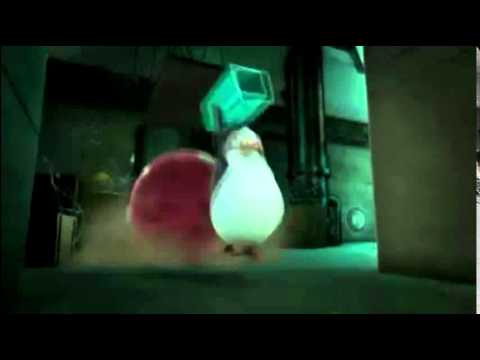 3
The Closet of Doom! - POM Mini
added by peacebaby7
I realized that this video was not available in some countries, so I recorded it and 게시됨 it on YouTube, then to here. Enjoy! Sorry for quality—it was recorded with the best tab recorder I could find.
video
마다가스카의 펭귄
private
skipper
kowalski
rico
penguins
mini
funny

4
What I wish would happen
added by AgentJazzy00
And,no I didn't copy off of the "Journey" video.As 당신 can see I made this before it.
video
마다가스카의 펭귄
episode
blowhole
comic con 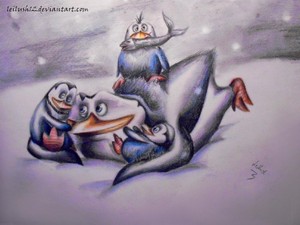 9
Playin' together
added by Rico14 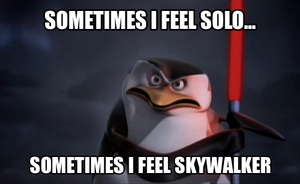 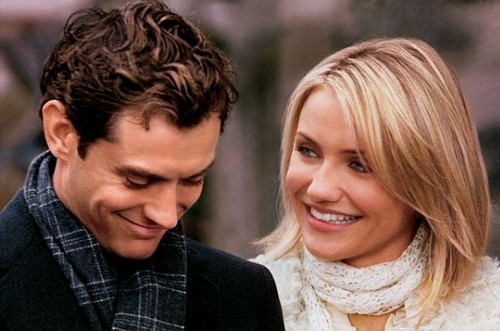 1
Skiline_Movie
added by ayuevelynfadila
The hunt for Hunter (sequel to The Alliance)
posted by xi_omega
Private swam around the base as fast as he could, the water slashing on his closed eye lids, he had do about 20 laps and was tired, when he got to the front of the habitat (the side that has the bloke with info of penguins) he stopped, he lifted his head above the surface to see Skipper, Kowalski and Rico standing on the platform, Skipper was holding a stop clock in his right flipper and Kowalski held his clip board in his right.
"5.45.12 초 Private" said Skipper he was smiling at the number on the stop clock "new personal best"
"Thanks Skipper" said Private
"Obviously our 이전 adventure...
continue reading...
3
Your 펭귄 Personality
posted by queenpalm
I'm 글쓰기 this so 당신 can find out wich 펭귄 당신 are most like. It is a multiple answer quiz. Good luck!


What is your 가장 좋아하는 way to talk?

A. In one syllable words.
B. With a voice that makes 당신 sound dominant.
C. Using big words that others don't understand.
D. With a phony accent.
E. Who cares!

What is your 가장 좋아하는 subject in school?

What is your hobby?

A. Only child.
B. Oldest child.
C. Middle child....
continue reading...
5
Invisible Ninja Bowling Pin
posted by EppofangirlXD
It was the penguins’ early morning training. They were all standing before a bunch of ninja bowling pins, tensed and ready.

Then black and white flew everywhere as all four of them fought all ten bowling pins. They knocked them down and battered them up. The pins stood no chance as they attacked.

Finally, all ten were down and they all gathered in the middle, feeling proud and accomplished. But then Skipper frowned. “There’s one! Private! Go get it!”

Private whirled around in a panic, trying to spot the undefeated ninja. But there was nothing....
continue reading...
1
Behind the Chain-Link Fence
posted by krazy4kowalski
All right, who wants to hear the back-story for this one? So during my research of all things Manfredi and Johnson, I was compelled to watch Stalag 17, the story of a German POW (prisoner of war) camp. Then I thought of my last summer camp which I described as a real prison (that explains why I went to 유럽 this summer!). I added in my 사랑 of POM and got this! Stars my OC Sapphire and this is humanized. I don’t own POM, Stalag 17, 또는 fancy French chocolates. Cause I ate them all. Enjoy the fanfic.