12
What happens in the Manga, and what we miss in the 아니메
posted by shortynme
If you're 읽기 this I know it's because your a 팬 of the OHSHC. Maybe you've read the Manga, if that's the case you'll know all this. If 당신 haven't read the 망가 then this will be very informative to you.
In the 망가 the story goes so much farther. I'll give the best details :)
Kaoru realizes that he, Hikaru, and Tamaki are all in 사랑 with Haruhi. Haruhi was hanging out with Kasanoda (the dude with the red hair that knows Haruhi is a girl) and Hikaru gets really jealous. He tells Kaoru that he doesn't understand why it makes him so mad to see Haruhi with another guy. Kaoru smartly tells him that he sees Haruhi as a girl, not just a friend, and that he loves her. Hikaru tries to deny it at first but then stops talking and lets the truth sink in. Kaoru then tells Hikaru that he also loves Haruhi and he wouldn't lose her to a moron who couldn't tell that he was in 사랑 with her. (He doesn't say those words exactly but pretty much he calls him stupid lol.)
Hkaru and Kaoru are so mad at each other that they each refuse to go home. Kaoru sleeps over at Honey's while Hikaru sleeps at Mori's.
Kaoru, being the 메리다와 마법의 숲 soul, asks Haruhi on a date. He takes her to a fair the 다음 day. She can tell he's sad but he says to not worry about it and asks if he can hold her hand. Haruhi agrees. They go on a nice little date, holding hands the whole time. Nearing the end of the 날짜 they are sitting at a table. Hikaru, having found out about their 날짜 (from Honey and Mori, which Kaoru planned) decided to stop the date. Kaoru sees him behind Haruhi and leans in and kisses her on the corner of the mouth. She's a little too shocked to do anything so she just looks at him. Kaoru tells her that he's in 사랑 with her. He also tells her that no matter how much he cares about her he loves Hikaru more. Haruhi, pretty confused, just says ok. Kaoru asks if they can still be 프렌즈 and she agrees.
Hikaru, seeing Kaoru 키스 Haruhi runs away, furious and hurt. He goes back to Mori's house and hides in the room he's been staying in.
Once Kaoru takes Haruhi 집 he goes over to get Hikaru. Hikaru is so mad at Kaoru he won't even look at him, so Kaoru kisses him full on the lips. He loudly announces that he shared Haruhi's 키스 with him and so he can't be mad.
Kaoru takes Hikaru 집 and tells him that although he stepped aside that Tamaki might not. He tells Hikaru to fight for Haruhi and promises to be on his side of the battle through the whole thing.

I'll write 더 많이 about the story later :) Hope 당신 enjoyed this!
KaizokuLuffy, Xxarcticfreeze and 10 others like this
Shikabane-Mai I love this! I never took the time to read more of the manga, so this is very informative. I'm looking forward to reading more, especially how the Hikaru/Haruhi and Tamaki/Haruhi storylines actually played out in the manga!
siriusgirl hey! nice... I like how did you write this article...
shortynme Thanks you guys! I really love the Manga. If you like the Anime's a recommend reading the Manga. It's awesome!
yaoigirlfan you suck haruhi i love hikaru x kaoru
yaoigirlfan hikaru and kaoru rule
hitachiintwina Wen hikaru and kaoru kiss I actually want to squeal like a fan girl I never thought they would I lov Hitachiin kaoru fav
codewhat I am a very big yaoi fan so I really think hikaru and kaoru should be together
AshleyGameing Oh my god!!!!!...now i have to get the rest of the mongas...what did i just read???? LIke you totaly blew my mind!! 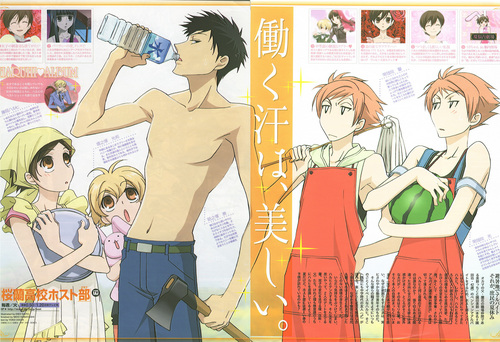 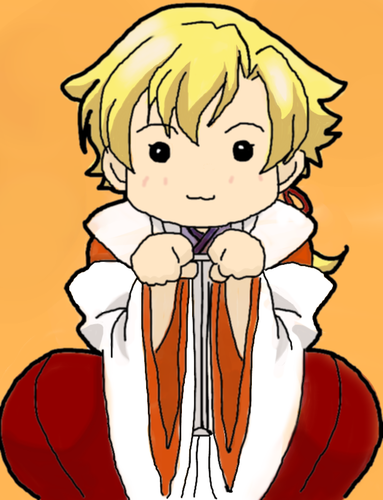 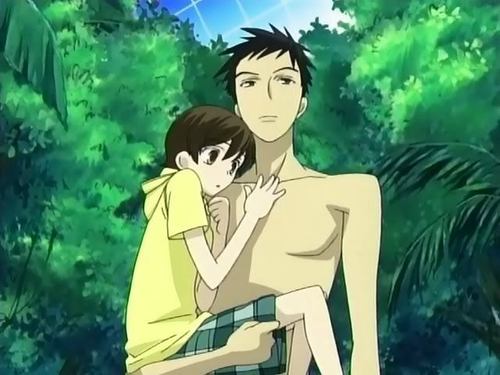 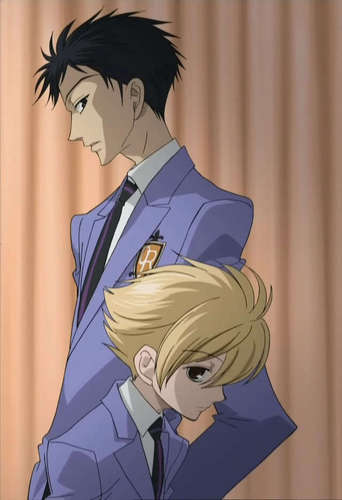 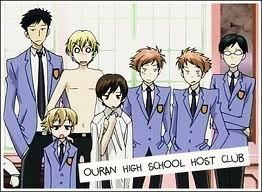 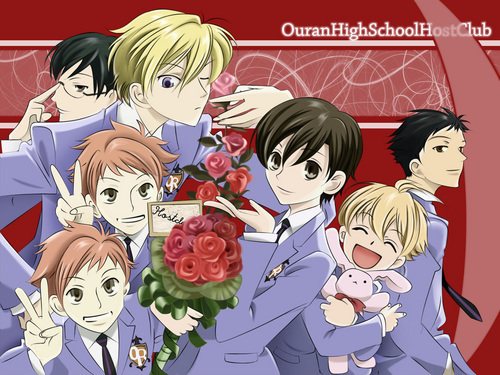 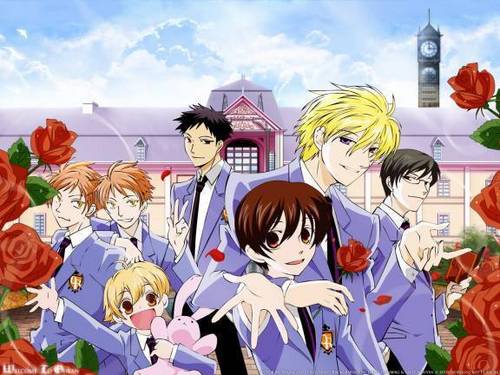 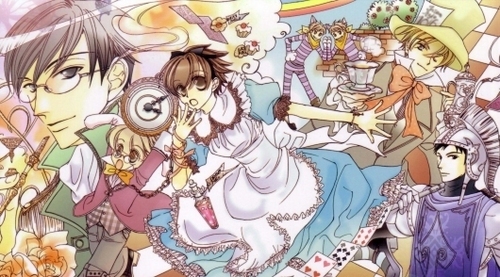 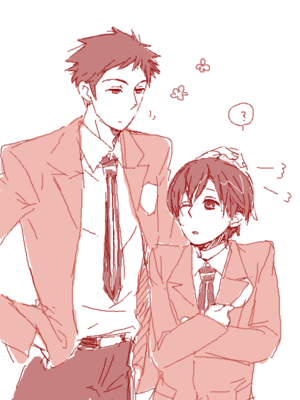 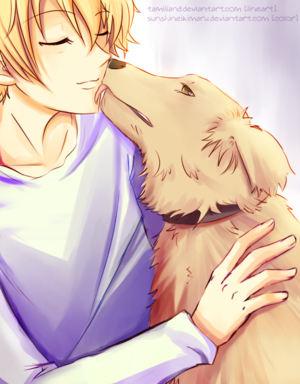 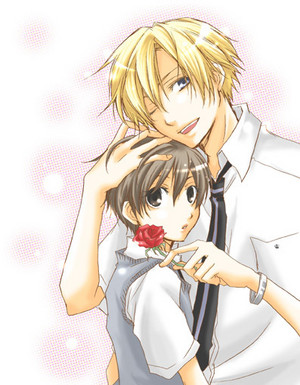 Tamaki and the twins
added by 4vonlea 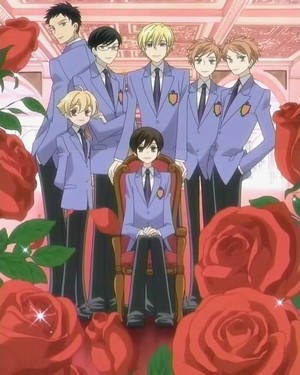 Ouran
added by tinkerbell66799
Source: Original Owners (NOT ME!!) 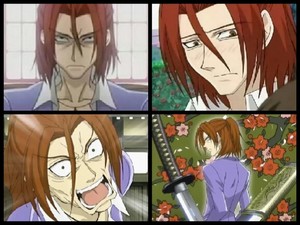 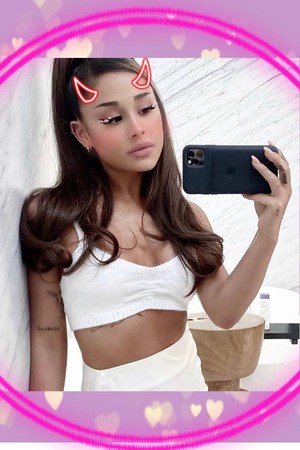 ???
added by kitty_puppy
Source: me 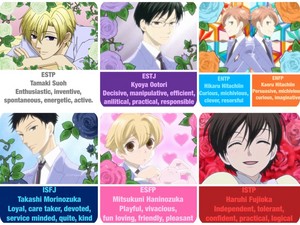 8
Ouran HSHC MBTI personalities
added by haleybryn
Source: I don't own the pictures. 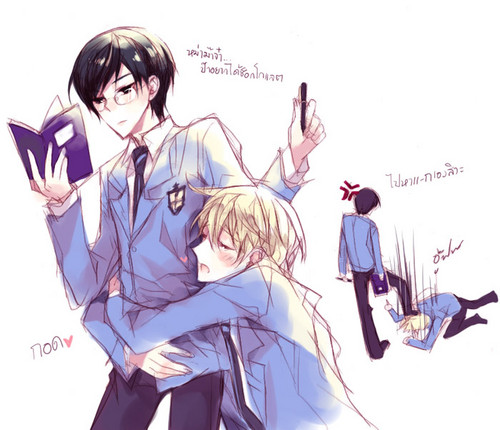 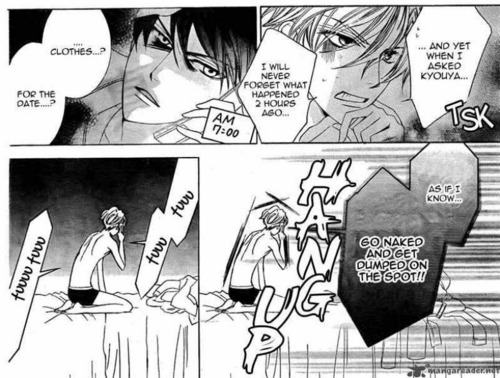