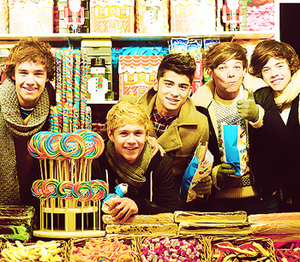 
I giggled as we stepped towards the mall again,"I told 당신 we'd come back,Liam" I nudged him with my elbow,a smirk playing on my lips

"Pshh..I wanted to come" He started lying,not wanting to have been proven wrong.

Niall started jumping up and down,"LEEYUM!"

"What?" Zayn,Lou,Harry,and Liam said at the same time

I glanced at all of them,"What?"

Louis shook his head,tweeting some fans. 또는 tweeting. Since he rarely responded to fans. But still,I thought it was cute that they had a twitter account. Zayn was texting. Typical. Liam was calming down Niall,who was jumping up and down like a kangaroo.

"Who are 당신 texting?" I giggled,taking a look at Zayn's phone

Harry gasped,"What? Am I not human now?"

I smiled,"Haha. Yes" I squeaked a bit as I almost fell.

Zayn caught me in his arms. I instantly blushed,standing up straight. He glanced down at my hand before looking up. I felt a blush creep onto my cheeks again. I then held Zayn's hand. Zayn's hand tightened around mine. We all walked towards Million Ice Cream.

"Give the girl your number and tell her that you're both going on your first meet thingy,what I call a date,tonight at 7. Yes?" I asked,raising an eyebrow

"Here's my number. I'd 사랑 to have a 날짜 with you. Is tonight at 7 fine?" Niall smiled

Mikaela grinned,"Yes! It's great" She closed her eyes with excitement before opening them

My eyes darted towards Zayn,who was staring out the window.

"Hey" I walked over towards him,nudging him

"Go-go ahead" I sort of stuttered

"Will 당신 be my girlfriend?" He asked,his eyes searching mine

I felt 나비 in my stomach,"Yes." I kissed his lips lightly

"Like I would turn 당신 down" I rolled my eyes

Mikaela and Niall ended up eating icecream together at the 표, 테이블 and were going on a 날짜 at 7. I sort of felt happy for the boy. He'd be looking for the perfect girl for a while.

Harry and Louis were playing paper,rock,scissors. Liam was watching them intently,making sure they didn't cheat. I giggled. Zayn glanced at what I was looking at and chuckled,shaking his head.

"Weird is what I ask for. I get this. Can I be any 더 많이 happier?" I smiled slightly

I melted a bit. Holy mothers. Zayn just told me I'm beautiful. Ahh! I 사랑 these boys! I'm so glad Liam's my brother. Not because he's from One Direction,but because he has the most awesome friends. 당신 could depend on them when 당신 wanted. I just loved these boys. 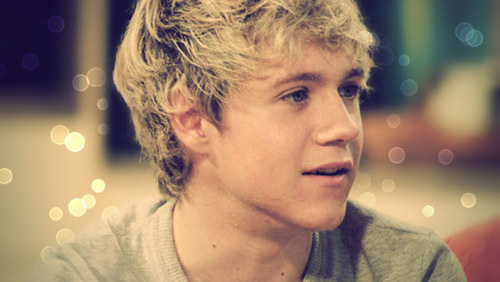 Mikaela-Styles, XxMJLoverxX and 1 other like this
Mikaela-Styles I LOVE it! :) This story is phenomeniall! Mona and Zayn are so sweet and I'm awesome with Nialler bear!
ZoeyMalik28 @Mikaela-Styles Haha. Yessss! :) Thanks so much. It means alot
2
ooh ! it's zayn part five
posted by hannony
"because of you,zayn !!" i said while i couldn't let this word go "mmm, sure your not the celebrity ,nobody knows 당신 "
i had to believe his words but what i knew and the gangster didn't was zayn had his cell phone and he can call the police 또는 call for any help ,

i just talked to him in some secret language we had together,..and he got out his cell in secret
and called the one direction boys :D but before they arrived the gangster decided to kill some one of us
i was so worried that the boys would not reach here before someone is killed .. i insisted on being killed first i can't see zayn...
continue reading...
2
forever young chap 16
posted by 1Directioner001
author's note: sorry it's quite short. Hope you'll like it and 코멘트 :)) xx


Niall’s P.O.V.
Amy is still sleeping and she needs to go modeling in two hours and it’s quite far from here. I don’t know what to do. Okay I’m going to wake her up gently and if this doesn’t work, I’m going to use the guitar! I push her shoulder gently for like 3 분 but she didn’t even open an eye. I got up and went to get my guitar. I still remember the song in Harry’s bungalow so I’m going to wake her up like this.
-It’s time to get up in the morning...IT’S TIME TO GET UP TIME TO GET UP!!...
continue reading...
1
ooh ! it's zayn part two
posted by hannony
walking in the 거리 while i can't get the note out of my mind but of course i was so happy i could not believe zayn liked my dress and talked to me face to face .. he was so amazing talking to me with this soft sound so paparazzi won't hear him and as i arrived 집 i entered 부엌, 주방 where mum was sitting having rest of her house works but as usual asaked me what's new,, i was like "nothing ,, just bought a new dress and emy bought some new t-shirts" mum was tired enough to ask for 더 많이 details .. but then . the phone rang " i will answer mum , hey" " 저기요 , its zayn " he said "is it hana...
continue reading...
1
ooh ! its zayn part one
posted by hannony
one 일 me and one of my 프렌즈 went shopping and as we arrived infront of the mall .. we saw lots of photographers and reporters . we had no idea what was happening inside but we decided not to ruin our 일 just for that silly thing it may be an accident that happened 또는 something .. but then i chose a fancy dress that i really liked .. and i went into a fitting room just as a hand grabs me quickly and someone puts his hand on my mouth .. when i looked at that person it was zayn just at that moment i started to sniff as if i was about to cry .. zayn just stroke my arm and said ."don't be...
continue reading... 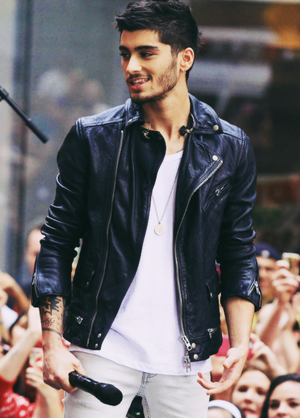 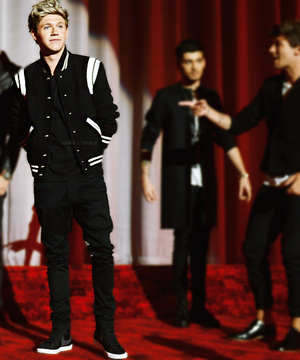 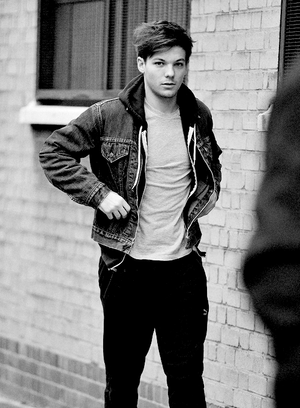 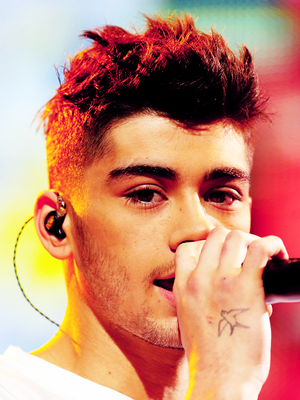 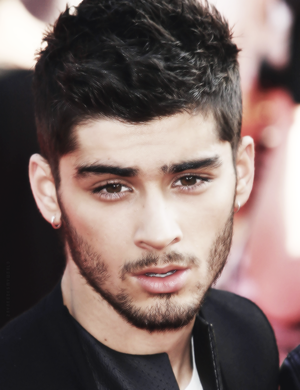 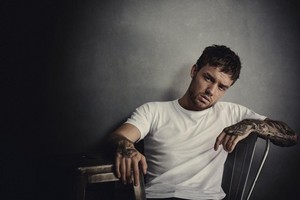 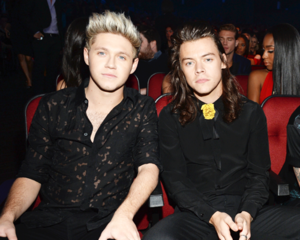 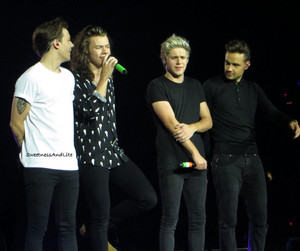 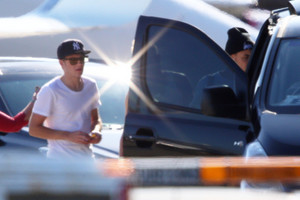