Rumple: Coward 또는 Not? Please Read!
posted by MadameLee
Hello other Oncers. I been a 팬 of OUAT since the season 2. I binged watch on the first season during the summer prior to Season 2. I noticed online elsewhere some people crabbing about stuff like "Snow's dad abused Regina?" and I thought I should get people straight on historical stuff.

Lesson 1: Why is pre-dark one Rumple viewed as a coward? This goes along nicely with a non-OUAT topic of mine- Why do Dads in fairytales never do anything? (not counting Rapunzel's dad).

As far back as the hunter-gather area. Dads' were suppose to be the breadwinners and soldiers for their families. Kids-step and not, the home/house, servants-were all the wife's responsibilities no matter how many wives he had (if it was in the Asian cultures its a different story). In medieval times dying in battle was well noble. Since one was giving up his life for his country 또는 group. Some people today still believe that. Rumple is considered a coward because he was what we would call today a 'family man' 300+ years before the term existed in our world. And when 당신 also consider he crippled himself-disabilities wouldn't understood very well until the 1960s (and still aren't). So I'm not surprised that Miliah didn't like being tied to the village cripped coward-but being a widow would have been a lot worse but it would have been an honourable thing.

Lesson 2: courtship
The term boyfriend didn't come into being until the 1920s much lie the word 'dating'. Back in medieval times and until the 1900s(?) people didn't live as long as they do today. So that they needed to marry young sometimes as young as 12 years old for girls. IF they were a princess (like Eva) and Prince (like Lepold) they were mostly likely were betrothed since birth. There would have been a period of courtship (in nicer families)- before getting married. If someone didn't get married in those days 의해 the age of 21 they were considered an old maid. Regina marrying her mom's ex-fiancee mattered little.


Lesson 3: Regina being left alone at a castle.

I'm not very surprised on this one. Back in those days someone (usely the wife 또는 daughters) would have to be left at 'home' when the king 또는 lord went on trips to other castles 또는 (if they're lords) to court. I believe that the king might have taken snow so she could see what is suppose to become her future land to rule (and maybe to meet some princes 또는 nobleman's boys she could be bethroed too?). As for King being too 'in love' with his dead first wife-not too surprising their-his first wife gave him an heir (not a male one but an heir netherless). Ever heard of Henry VIII? He had 6 wives but the one he loved the most was his 3rd one who died after giving him what he wanted. As for why Regina couldn't have a 'lover' someone either the lover 또는 the 퀸 또는 both would had to be executed-aka Catherine Howard.

Regina not having children 의해 Snow's dad doesn't mean she was infertile. It just she never was interested in marrying Snow's dad in the first place. Remember how Cora said that Regina accepted? Cora was the one who accepted it on Regina's behalf so technically it was a forced marriage. I also got the feeling they never "consummated" the marriage either.

If I remember correctly in castles like Snow's, the 퀸 (or in many cases, lady) has a separate suites of rooms including a bedroom then the king (or lord) does. This is seen in Season 1 episode "Fruit of the Poisonous Tree" '


Anyone have a history 질문 they want answer please comment.
MelodyLaurel There are people who genuinely believe Leopold abused Regina? I thought that only came from Swan Queen fics. I was always under the impression that they never consummated their marriage, and neither of them was interested in the other. Anyway, a very well thought-out article. Thanks for this.
Fieryrubes He locked her up in the castle, that's all we know he did to her. Something about him also came off quite shady to me, but I don't think he abused her.
MadameLee @fireyruby-locking her up was for entirely good purpose. Do you think any king (except for Henry VIII) want to kill their wife? No one would and a Queen having a lover is a very BAD idea (not that it still didn't happen in RLF as my Dark History of England's Kings&Queens show.
DR76 ["If I remember correctly in castles like Snow's, the Queen (or in many cases, lady) has a separate suites of rooms including a bedroom then the king (or lord) does. This is seen in Season 1 episode "Fruit of the Poisonous Tree" ' "] Separate sleeping quarters were common among the well born in the past. It finally went out of style sometime after World War II. When Rumpel deliberately injured himself in order to be discharged from the army, the population regarded his action as cowardly. In fact, that kind of behavior would still be regarded as cowardly by today's conservatives. Even worse for Milah, she had asked Rumpel if they could move to another kingdom so that they would not live under the shadow of his action. Rumpel refused. Why, I do not know. I find it odd that he would go out of his way to prevent further miiltary service, yet continue to live among people who were aware of what he had done and made his family's lives miserable in the process.
MadameLee well moving to another kingdom was basically like exile. You were born, raised and die in your hometown basically. But you caught all the other stuff on the head. 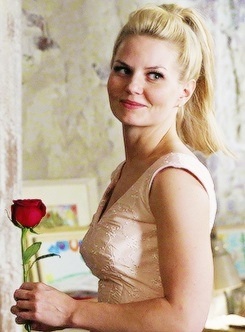 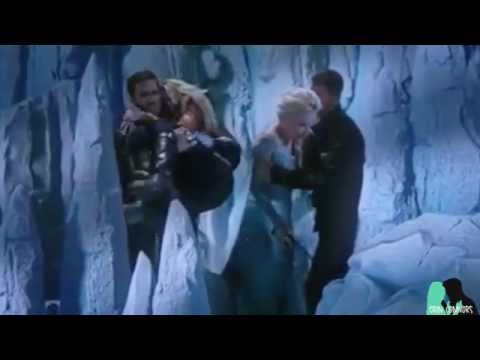 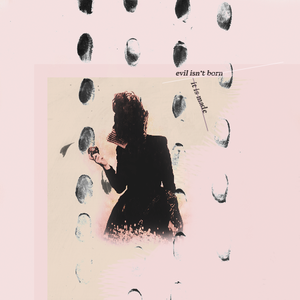 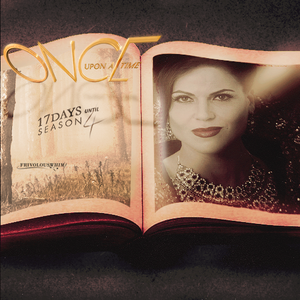 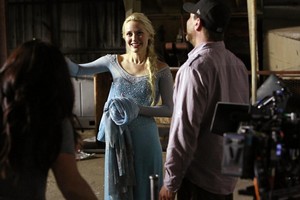 1
Once Upon a Time behind the scenes 사진 of Georgina Haig as Elsa
added by PrincessFairy
Source: http://stitchkingdom.tumblr.com/post/97079846692/once-upon-a-time-behind-the-scenes-photos-of 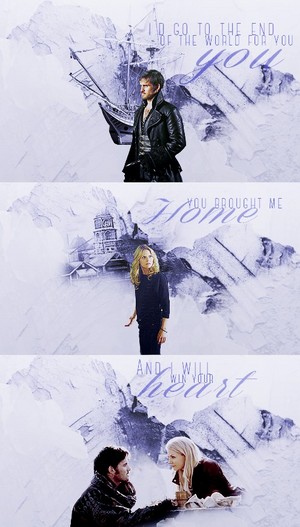 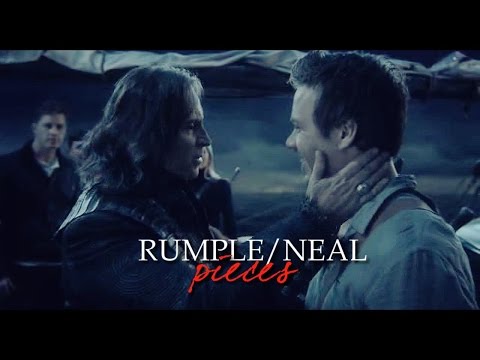 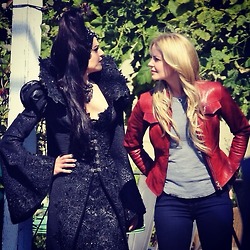 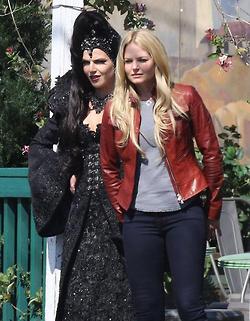 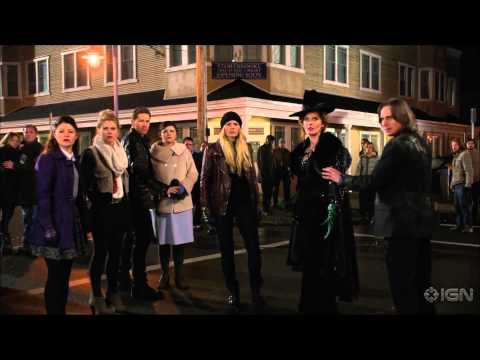 1
Once Upon a Time - S3 Highlights Video
added by Saejima
Once Upon a Time looks back at its history - and towards its 겨울왕국 future. Set to a seriously epic (and edited) 읽기 of John Milton’s Paradise Lost.
video
원스 어폰 어 타임
season 3
promo
highlights 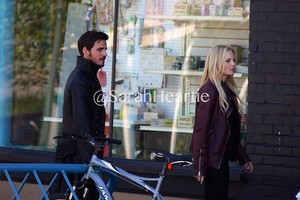 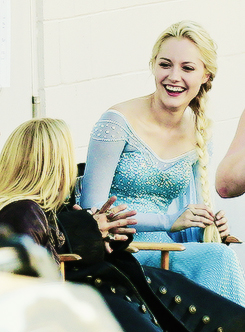 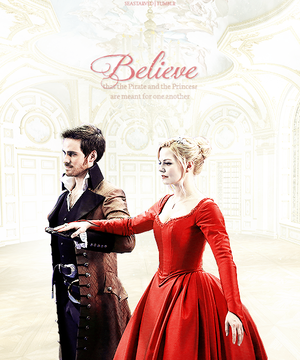 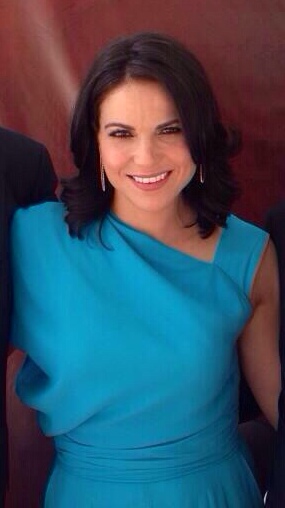