2
Princess Celestia, A Troll 또는 Jokester?
posted by karinabrony
Hello. I have been hearing from a lot of bronies that Princess Celestia is a troll. There are a lot of reasons to mark that, so I will show 당신 them.

Reason two: When Twilight Sparkle was talking to Princess Celestia about when she banished Luna to the moon, Celestia tried to change the subject, saying, ''Go make some friends!''. This redirected her attention.

Reason three: In the episode Bird In A Hoof, Mrs. Cake and Mr. Carrot Cake were stressing over every little thing. When they were filling her cup, she made it overflow on purpose.

Reason four: In the episode The Best Night Ever, everything was going bad. 사과 브랜디 wasn't selling, Pinkie Pie was sad because the ponies didn't want to party, Prince Blueblood was a royal pain, Celestia wasn't taking the time to talk to Twilight, all of the 동물 were scared of Fluttershy, and last, the Wonderbolts didn't take the time to pay attention to Dashie. Celestia planned all of this.

Reason Five: When Rarity was falling during the Flyers Competition, she didn't do anything but watch in awe. She could have saved her, too.

Reason six: In Dragonshy, she sent the mane 6 to defeat the dragon when she could have done it herself. The ponies aren't that powerful with put the elements of harmony!

Reason six: She is supposed to be the wise one when she doesn't even know what a parasprite even is. She knows everything, right?


Reason seven: She acted as if Philomena was dead when it just really shed it's ashes and made everypony worry.

This 기사 might have made 당신 dislike her, but I still like her. Below are some reasons that note she isn't a troll, just a jokester.

Reason one: When 무지개, 레인 보우 Dash picked Tank for her pet, Celestia put on something so he can fly. (You can see her yellow magic)

Reason two: She made Twilight an alicorn. (maybe some people hate that)

Reason three: In Griffon the Brush Off, she was 글쓰기 with the wrong ink. She was joking around.

Reason four: She didn't get mad when Twilight put her spell on Smarty Pants, she just made the whole mane 6 write letters from that 일 on.

Reason five: She has a jokester side which is revealed sometimes.

It's your option of whatever she is. I'm not saying that she is a troll. It's your choice.
tailsfan111 and cupcake2458 like this
Seanthehedgehog Trolls are pretty much jokesters. So she'd be both
karinabrony No, it's because when you troll, you are doing it on purpose and annoying others.
Dragon-88 She has done a lot of inappropriate things, but she is still good.
NocturnalMirage I agree with the theory about Celestia's jokester side. But just think about being in her place. She has to deal with serious stuff all the time, keep her emotions, manners and the word she speaks under control, like an alabaster mask, so she probably grabs the opportunity of a little fun when it presents itself, just to let off some steam every one in a while. I don't think she's annoying others on purpose.
karinabrony I agree.
2
A New Villian: Part 10
posted by applejackrocks1
Rarity: But we don't have any instruments.
Pinkie: We'll just use our voices.
Fluttershy: Who will sing to her first?
RD: Not me.
AJ: Not me.
Pinkie: Not me.
Rarity: Not me.
Fluttershy: *gulps* I-I'll do it.
RD: That's my winged friend!
Rarity: *rubs horn* (teleports her the others in the street)
AJ: Now we just wait for her to come.
Pinkie: Yep.

I was right too! Mirage thinks.

The Moon goddess said that her sister will probably greet her new guard in the form of a letter. And Mirage suspected that the alicorn of the Sun was listening. The cobalt stallion smirked. He imagined the picture. The all mighty Celestia, the ruler of Equestria nestles up to the door very closely. Probably with an anxious look on her face, for she worries because her calm loneliness is disturbed.

“Ha!” Mirage exclaims loudly, as the picture he imagined fills up his soul with luscious pleasure for a moment....
continue reading...
1
Dashing & Daring: 런던 Burnouts part 1
posted by Seanthehedgehog 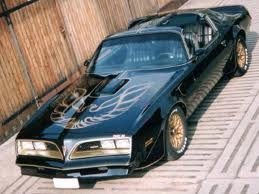 Sean's new Canterlot Firebolt
It was a busy time on the highway from Ponyville to Fillydelphia. Another truck carrying drugs was in a hurry. It had to go to Filly as fast as possible, 100 miles an hour.

All four upgraded their cars, and Sean's Firebolt was new. Courtesy of the Canterlot car company.

Sean: Alright. Let's see what this baby can do! *goes 110*
Nikki: I can go faster then you! *Goes 120*
Daredevil: I'll go faster then both of you! *goes 130*
Rainbow Dash: 당신 forgot about me *goes 140*
Sean: Ok. There's the...
continue reading...
1
License To Murder part 7
posted by Seanthehedgehog
Con, and his 프렌즈 found out that Mr. Sanchez smuggled drugs out of Svoboda into other places in the world, and the way he did it, was illegal. 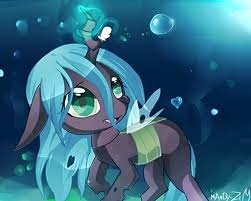 Sean: Where'd she go?
Pinkie Pie: She went to be with Scootaloo.

The two pegasi were at Cloudsdale celebrating for Scootaloo. She just passed flight school, and the two were having lunch together.

Rainbow Dash went to order the pizza, and drinks when she noticed a alicorn fly by....
continue reading...
1
MLP mafias are dangerous episode 1 part 7
posted by Seanthehedgehog 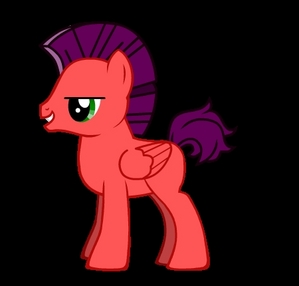 Mike the pegasus
무지개, 레인 보우 Dash was talking to the leaders of the other mafias.

Rainbow Dash: I called 당신 all here to stop this.
Fuku: Why?
Rainbow Dash: We're killing ourselves instead of Manehattan, 또는 others that don't live the way we do.
Nickel: Maybe we like it that way.
Boris: Da. Why should we set up a truce?
Rainbow Dash: Because I want to. All of your members killed Applejack, and I don't want anymore of my 프렌즈 being killed.
greaser leader: We supplied the guns, but none of us killed your friend.
Rainbow Dash: Your group counts, because 총 kill ponies.
John: It's not the gun that kills ponies, it's...
continue reading...
1
The Inglourious Hedgehog In Ponyville part 2
posted by Seanthehedgehog
We drove to Canterlot 성 where we were told to meet up with Celestia. The front of the 성 was gaurded 의해 jeeps with machine 총 on them. Soon we went in the castle, and saw Celestia standing with Twilight, and other ponies. "Hi guys." Twilight said when she saw us, "Hey." I said simoultaneously with 무지개, 레인 보우 Dash. Celestia then begun to speak, "As you're all aware, griffons have bombed Ponyville, and other places in Equestria. We need your help to stop them. I sent my army into Baltimare to defend it from the griffons, and that's where they'll be waiting for you, the inglourious hedgehog."...
continue reading...
2
Discord is back part 2.......Chaos begins
posted by applejackrocks 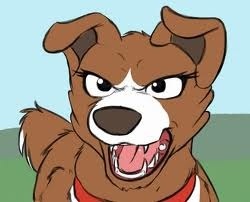 Suddenly the 5 ponies heard a deep evil voice laughing, not any kind of deep voice, a deep voice that made the whole ground shake.....

Stormy: What is that?!
Azura: I think it's a dinosaur
Score: No way! It's a duck!
Nikki: Maybe it's a Dragon!
CottonSwirls: Your all wrong. It's Discord....
All: DISCORD!?!?!?!?!?!
The shadow...
continue reading...
4
I'm planning to create......
posted by ILOVEMLPs
Hello 조랑말 fans!With help from my dad, I am planning to create an ULTIMATE 조랑말 CREATOR!!!!!
This 조랑말 creator will be nothing like anything that 당신 have ever seen before!It may take a few months to make, but I am working on it a quickly as possible.This 조랑말 creator will have EVERYTHING!!
You will be able to turn the 조랑말 in a different direction. 당신 will be able to get different outfits and hats and stuff. 당신 will also be able to do the following things: 디자인 your own clothes,
choose objects from the real movie, Choose from the provided cutie marks 또는 make one yourself,have 더 많이 than 2...
continue reading...
3
The 잔디 Isn't Greener on the Other World: One
posted by StarWarsFan7
I shut the doors and windows to my 나무, 트리 도서관, 라이브러리 and home.

"No distractions," I say as I head towards my special concentration book.

I lay down with my legs below me.

I stare daggers at my baby dragon and loyal assistant, Spike.

"Spike, I 사랑 당신 and all but please go away."

This was a time that I don't need Spike around.

Spike looks around. Then he sees my angry expression. He giggles nervously.

Spike looks at me with guilt in his eyes. Tears swell up and he leaves with his...
continue reading...
2
Best Friend's Brother: Chapter 2
posted by StarWarsFan7
사과, 애플 Jack arrives at the successful 사과, 애플 orchard. She sees Big Macintosh and her best friend, Twilight Sparkle, talking to each other. Apparently, it had seemed that Big Mac had fished up one of his jokes to Twilight which explains her giggling.

"Hey y'all." she greets the two as she approaches them awkwardly.

"Eeeeeeeyup." He says. She chuckles.

"Well that's good to know." AJ says to her brother and best friend. 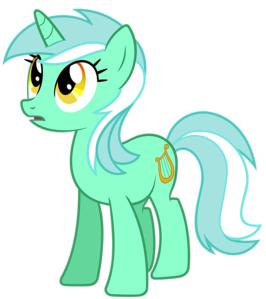 Lyra notices a rather dusty looking photo in a frame sitting on top of her brother's wardrobe. Why she never saw it before is unknown.
This rather funny story of discovery and prevention of pure embarrassment (which results in total failure) begins with Blue waking up and stepping out of 침대 and tripping on a pair of 담홍색, 핑크 panties laying on the floor (this is the first story in which the two sibling are wearing clothes. If there already is a 팬 fiction I wrote with them wearing clothes, let me know in the comments), belonging to none other that his sister Lyra. Up tripping, he slides across the wooden floor (on his butt) and runs into the bathroom door. And then...


Lyra: HEY! Keep it down, I'm trying to sleep! *Blue stands...
continue reading...
1
Magic of Friendship: Part 11---The Fight is on [1]
posted by alinah_09
well,after a lot of practice 레몬 finally got the hang of it,but the only problem is that i got too used to it...its okay though,because 레몬 and I were the fist ones who can do the martial art at a great pace without even making mistakes,we were like pros!

"good morning to 당신 too,Lemon" i said as she put down her bag and got her arnis

"yo,are 당신 guys gonna practice?" Blue said as he approached us,along with the other present members of our group "we'll 가입하기 you! okay guys! go to your practice partners! were gonna practice!" he said as they,indeed,got...
continue reading... 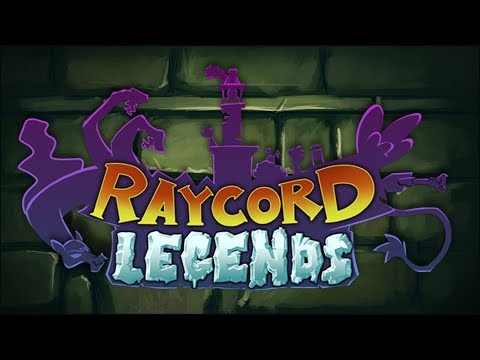 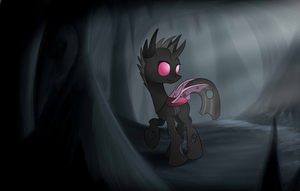 Cave
added by tinkerbell66799
Source: Original Owners (NOT ME!! 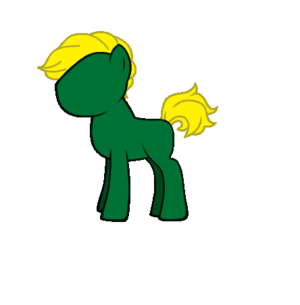