4
The last solstice - Chapter 2: The hermit of Ivory Tower
posted by NocturnalMirage 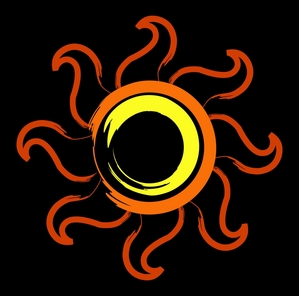 Chapter 2: The hermit of Ivory Tower

Nocturnal Mirage sits at the 침상, 소파 in the same room; he spent two hours yesterday. He arrived a little earlier and now struggles to stay awake. The cozy warmness is somnolent, the cobalt stallion yawns for some length. Suddenly, the door of the office throws open with a loud bang. This time, it’s not the secretary, but Captain Shining Armor himself. Mirage shakes his head, stands up and salutes instinctively.

Mirage obeys and takes the same 좌석 as yesterday. But, he cannot remain in that pose for long, because the other door of the office opens and Princess Luna walks inside with slow, placid steps. The alicorn towers over the earth 조랑말 and pierces her navy blue eyes into Mirage’s. The stallion gazes back. Luna’s steely features become soft.

“The pleasure is mine, your Highness!” Mirage replies and bows down.

“The Princess will brief 당신 on your assignment. If 당신 have any 질문 afterwards, you’ll find me here.” the white unicorn informs and leaves the premise before Mirage could react.

The dark blue 조랑말 blinks in utter confusion. He finds it odd that the Princess herself came here to inform him.

“Forgive me if I sound a bit harsh, but I do not have time for the regular courtesies. I’ll cut right to the case.” Luna begins after a few 초 of silence. Mirage nods as a sign of agreement.

“We are in desperate need of somepony who’s reliable, gets the job done and keeps his mouth sealed. Shining Armor says 당신 are the one and based on my first impressions, I tend to believe him. Now come with me, I’ll show 당신 to your post.”

Mirage stays quiet, and follows the Lunar Princess, who leads him through the maze of corridors and takes him up on eternal winding staircases. After a while, Luna stops in front of a door. Mirage huffs heavily from the extortion.

“We have arrived.” the alicorn declares. It seems she did not even break a sweat, her regal, graceful appearance have not changed a bit.

“This is the Ivory Tower, the highest tower of Canterlot Castle.” Luna explains.

Mirage suddenly starts to feel the reason of his presence. He gazes at the large, domed two-winged door.

“Behind this door, there’s a suite… Where… my sister lives.” the lunar goddess continues.

“I have a hunch…” the cobalt stallion sighs resignedly.

“Yes. I assign 당신 to be the personal guard of my sister, the Solar Princess: Celestia.”

“Understood.” Mirage agrees. Nothing is seen of his reluctance from the outside.

“I am here because of two reasons. One: this is an unofficial assignment. Nopony can know anything about the details of your work. If 당신 reveal anything, even the tiniest, most irrelevant detail you’ll experience here, it will be automatically considered as high treason. This is very important! Do 당신 understand?” Luna 질문 coldly.

“Yes.” the earth 조랑말 replies, while a thick, sinister 구름, 클라우드 of concern slowly settles on his mind.

“Good. Now, for the most important part: my sister’s… err... current state is not beatific, to say the least. She hasn’t come out of her suite for almost ten years now.”

“That is not important. All 당신 need to know, that my sister’s inside there and somepony has to attend to her needs.” the alicorn of the Night replies firmly.

Mirage glances at the door, then back at Luna. Perplexity and angst are written all over his features.

“You are mistaken. In fact, it’s almost zero chance, that you’ll ever see her. Celestia never comes out.”

“I… do not understand…” the stallion begins.

“You do not understand why 당신 have to be here then.” Luna interrupts.

“Somepony has to be here with her. Whenever my sister needs something, she leaves an envelope at the door. Your job is to get what she requires, place her 음식 in front of the door everyday and not to ask questions.” The Lunar Princess explains with sorrowful undertones in her voice.

“You’ll be working in weekly shifts. During your shift, 당신 are not allowed to leave the Castle, I’m afraid… but you’ll be provided with anything 당신 desire. There are only two suites up here. The other is yours, while you’re attending to the Princess. You’ll be spending most of your time here. Do 당신 have any questions?”

“Yes, your Highness. How am I supposed to protect the Princess, if there’s a massive door standing in my way?” Mirage inquires with a little cynicism coloring his deep voice.

“Listen.” Luna says on a warmer tone. ”You don’t seem to understand… My sister does not care about anything anymore… and it’s been like that for almost a decade.Technically she’s still the prime mare of the country, yet all the duties rely on my shoulders."

"The temple of her mind collapsed after what she’s been through. You’ll probably hear her shouting and rampaging in there sometimes. If 당신 do, DO NOT address her! Stay as far away from the door as possible. However, most of the time, she’s very kind. And quiet. She’ll probably send 당신 a welcoming envelope. 당신 can stay in contact with her the same way. Just leave your letter 의해 her door… I believe that’s all. Any questions?”

“Excellent. If 당신 need anything, use the speaking tube in your suite and the staff will get it for you… I wish 당신 good luck, Nocturnal Mirage! ” Luna smiles warmly and teleports away with a cyan flash.

As soon as the alicorn of the Night vanishes, deadly calmness settles down in the Tower. Mirage idles on the same spot for several minutes, digesting the information he’s been flooded with.

Great I’ve become a full time nanny… he thinks. Then the royal blue stallion slowly walks to the door. He still cannot believe it… The Princess of the Sun… is behind this door! Nopony has seen her for a decade…

Mirage moves closer… His muzzle is only an inch away from the wooden door. The earth 조랑말 perks up the ear. There’s no sound, but… he somehow knows, that Celestia is doing the same thing on the other side. She's got to be!

“What has happened to you, Princess?” Mirage whispers barely audibly as the spark of sympathy overcome the flame of reluctance for a brief moment.

The stallion turns to stone, not moving an inch for minutes. There’s no sign of life from the inside, just deadly quietness. Mirage takes a step back, but spots something: an envelope just slid out under the door. 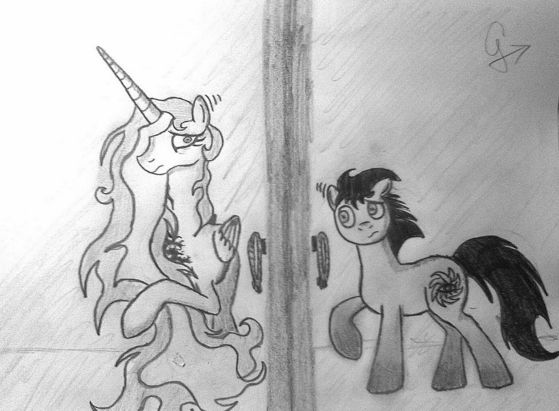 tailsfan111, HungaroBrony and 2 others like this
Seanthehedgehog Awesome drawing, and awesome story.
NocturnalMirage thank you. I will continue the Wheels of Evil series as well.
Seanthehedgehog Yeah!
1
Sweet Apple-Dash Acres ch. 2 prt 2 Farm troubles
posted by Dragon4322 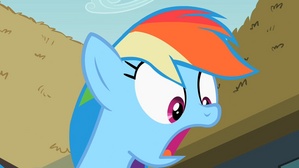 "Are you bucking joking?!"
무지개, 레인 보우 Dash woke up in the morning and flew down to Sweet 사과, 애플 Acres. 사과 브랜디 was already knocking down apples into a bucket. "Morning Rainbow" AJ said to her mare friend. "You get started on that side as she pointed with her hoof. "Got it" the Pegasus said excitedly. It didn't take long before 무지개, 레인 보우 Dash got tired, "AJ..." She yelled over to the other side. "Yeah Rainbow?" The farmer 조랑말 asked. "I'm exhausted" Dash managed to shout. "Well...if 당신 can holler, then get back to it" 사과, 애플 said to her. ," are 당신 bucking joking?!" RD said as if surprised. "Yep, 당신 said 당신 wanted to help me". "Yeah but I didn't know this is how hard 당신 worked every day" 사과 브랜디 stopped and walked over to her mare friend looking like she was coming over to hit her. "We'll Rainbow! I thought 당신 wanted to help me?! If y'all don't, then get outta here!" Her country voice was starting to show due to her anger. 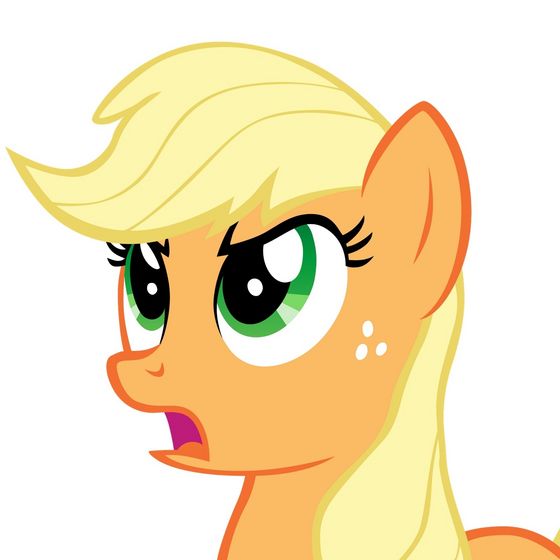 "If y'all don't , then get outta here!"
2
my little pony:tree 프렌즈 are magic chapter 5
posted by flippy_fan210

it was to weeks after Pop and Cub got to Ponyville, Cub came back, none of the ponies understood the system but they were glad it existed. “i wonder who's coming today.” Flippy thought. “hmm......judging 의해 who has come already............either Cuddles, Giggles 또는 Toothy are next, too many killers have come.”

“hey Flippy, could 당신 help me with something?” Twilight asked.

“what is it, I was thinking of who's coming today.”

“well, someone is coming today and they want a party but Pinkie is sick.” Twilight explained.

Applejack: let's see I needa clean mah room now
(rainbow dash come flying torwards AJ)
AJ: well howdy rainbow!
RD: yeah yeah hi.... So whatcha doing
AJ: I'm cleaning out mah room
RD: dude u needa chill why don't 당신 come to fluttershy's house
AJ: well I don't know....
(fluttershy comes flying to them)
AJ: howdy fluttershy!
FS: oh I'm sorry did I interrupted..... I should be going now
RD: wait fluttershy can we come over to your house with u
FS: I guess.... But please don't talk to loud in my house I don't wanna scare my little 프렌즈 (pets)
RD: don't worry those 동물 are...
continue reading...
3
Idea for an upcoming Fanfic.
posted by Alue26
Fellow Bronies and Pegasisters, hear me be. I have an idea for a new series of fanfics, but I want to hear your opinion from it.

I know that there already is a fanfic with the horrors of War with Ponies out there, but I want to write another fic with War in it. Now, what I want to hear is, is this a great idea, 또는 is it plain plagiarism?

It's an issue that keeps on bugging me. For the ones who want to know what the story is going to be like, let's just say that some Humans find the Portal to Equestria and that they don't have good intentions for the inhabitants of that world. Now, it's not going...
continue reading... 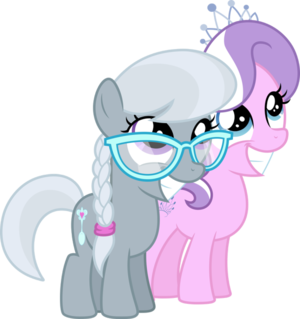 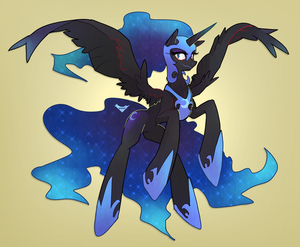 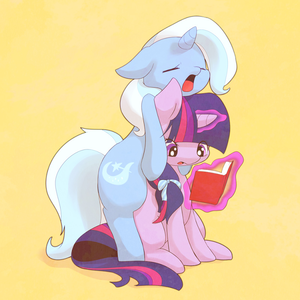 1
I need some attention!
added by tinkerbell66799 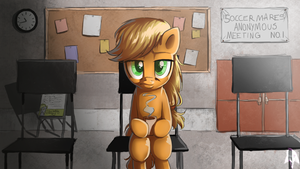 Soccermares Anonymous
added by tinkerbell66799
Source: Original Owners (NOT ME!! 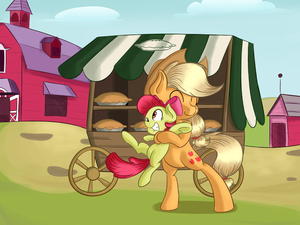 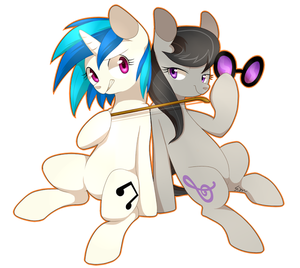 DJ and Octavia
added by tinkerbell66799
Source: Original Owners (NOT ME!! 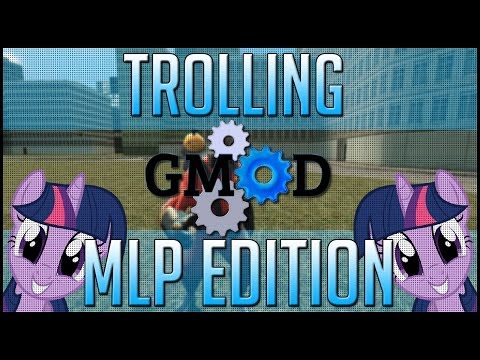 Beyond her tomb
added by Midnina
video 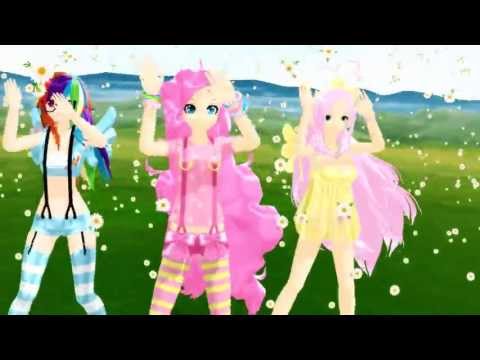 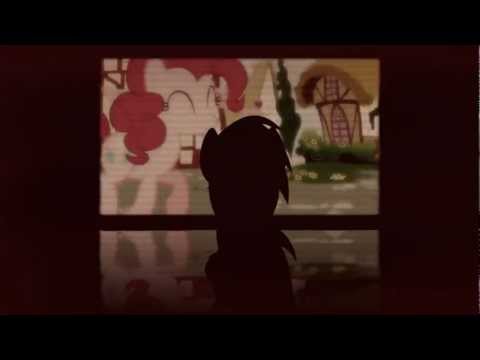 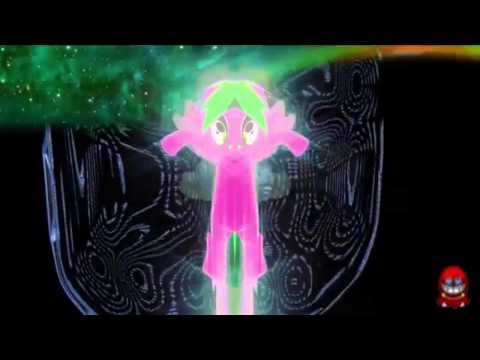 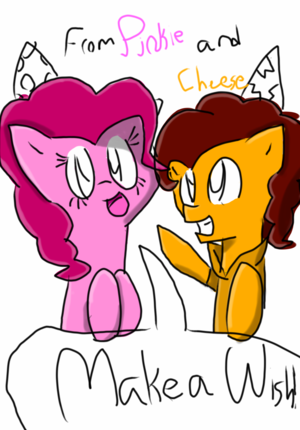 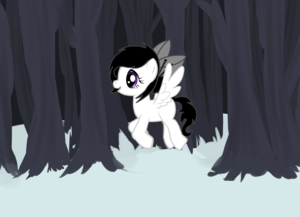 1
Ice Drop as a Filly
added by karinabrony
Source: Me 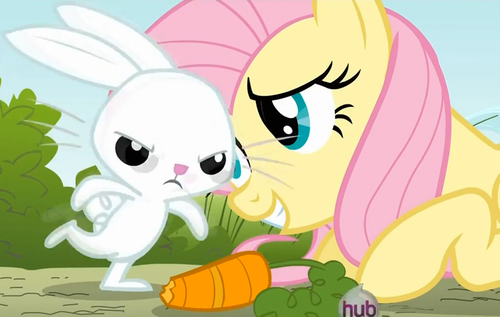