over a year ago BLAMargera123 said…

here is an example...
Name: Diablo
Age: Eternal
Resides: All Realms
Origin: Purgatory (Limbo)
Species: God
Description: He has pale skin, red glowing eyes, and white hair. His attire is A Black Suit with a Overcoat, he has Black Fingerless Gloves with spikes on each knuckle, and a White Fedora.
Weapons: Scythe
Fighting Style: Brazilian Ju-Jutsu.
Fatalities:
Man Eater- Diablo Transforms into a giant other worldly Venus Fly Trap with Large Tentacles growing out of the ground.
Dying Earth- Diablo hits the ground with his foot then a large crack follows over to the opponent THEN the ground under the opponent disintegrates sending the enemy plunching into a casome with large spikes.
Allies:
Raiden
Bo' Rai Cho
Sub-Zero
Ermac
Johnny Cage
Liu Kang

Enemies:
Shao Kahn
Shang Tsung
Goro
Baraka
Early Life: Born & Raised in the Darkness of Limbo, Diablo was the only person to be born dead in limbo. He seen all the other souls rest in peace but he was a restless soul. then a soul came to limbo
the soul didnt have name but diablo called him master. for Years Diablo and the soul have been training. when Diablo Learned all he could know he found a way out of limbo and into the Mortal World, he leaves limbo and starts living on the planet earth. there he can protect the innocent from evil.
Alignment: Good

over a year ago BLAMargera123 said…
scared huh?

over a year ago keeganc said…
name: Keegan
age: unknown
resides: all realms
origin: none
species: god
description: Staff in hands, mask, no shirt, and cyborg arm
weapons: staff and wrath hammer
fighting style: Hapkido
fatalities: I'M GONNA STEAL YOUR SOLE PUNK!-Keegan flies into the air and puts his hand out, now your sole belongs to him! popcicle-Keegan freezes you and trows knives.
allies:
cyrax
jaz
kenshi
sonya
johnny cage
raiden
enemies:
goro
shoa kahn
quan chi
shang tsung
shinnok
early life: like scorpion keegan's family was murdered. He seeks his family and the killer, but finds nothing. He was walking through a strange forest people were all around it he saw familure faces he realized it was his parent, he tried to speak to them, but they could not hear him or see him.
Alignment: good

over a year ago nirvandragon said…
name:scorpack
age:none
resides:orderrealm
origin:netherrealm
species:unknown
description:a male dark blue ninja with water powers a mask and kicks butt
weapons:water scythe sword bow and arrow staff
fighting style:dragon
fatalities:neck breaker-he jumps on the opponents shoulders and breaks his neck both ways then cuts it off with his water sword and squashes it under his foot
allies:none
enemies:everyone
early life:like every one in the netherrealm he was ahtief as a child and then a murderer and killed his clan.nothing else is known about his past life

over a year ago cyst said…
name:James
age:28
resides:earthrealm
origin:earthrealm
species:human
description:A male ninja colored orange can throw fireballs and harpoons.
weapons:dual medieval sword.
fatalities:Early Triassic death:He turns into a coelophysis,grabs the opponent by the leg and crushes him into the ground so poweful that he explodes.Ball explosion kick:James kicks the opponent in the balls so powefully that his opponent explodes.
fighting style:Shotokan
allies:Jade,Liu Kang,Kitana,Sonya,Jax
Enemies:All the badguys
early life:After losing his parents Jade adopted him and tought him to differrent fighting styles.

over a year ago bmanyugioh said…
Name: Archmage

Description: A *white* skinned male standing at 7'5" wearing Purple robes. hovers about a foot off of the ground. Bald with a Balbo beard. He has glowing violet eyes. In the centre of his forehead is a small amethyst.

Weapons: Two staves, one is white and resembles a caduceus whose snake eyes glow light blue, and the other is black and topped with a skull who's eyes glow dark red.

Fatalities:
Polarus Falling- Both staves glow their colours, and rays of blue and red shoot from the staves, twisting around each other and meeting when they touch the enemy, which then is ripped in half.
Crystal Focus- His amethyst glows, and shoots a small, concentrated beam of purple energy into the enemies head. The enemy falls, and their brains are visible as they leak from their heads.
Antimatter Field- Both staves and the amethyst glow, and then around the enemy forms a hemisphere of purple energy that shrinks around the enemy, crushing him.

Early Life: After being carried into Earthworld he was raised by a very rich family on the coast, and due to the immense number of parties held, had to stay in the family's library. There were to immediate consequences of this. The first was that he swore to never again have to face loneliness. The second was that he learned arcane secrets meant for no eyes other than the cultists that had previously owned the house.

over a year ago goodyb0y55 said…
Name: Anansi
Age: 27
Resides.Earthrealm
Origin: Edenia
Species: Demigod
Description: A man at. 6"2" that wears a black breast plate. Brown eyes and black hair that is simlare to johnny carlton. He wears gold pants that are plated with te same material of scorpion's, with the same material on his arms and underneath his brest plate. He has a drake sword at his back with a dagger strapped to his heel. His footware are a pair of all black noke high dunks whi ch he find perfec for battle because of the ligh wieght material.His complecton is of a well tan and a spider birthmark on his right palm, which is the same symbol on his breastplate. His face is hidden behind a mask simlare to mileena.
Weapons: Drake sword. Dagger, retractble wolverine like claws on his right glove.
Fightngstyle: Kung Fu
Fatalities: demigod's revenge: go behind opponent and slits throught and cuts in half when opponent falls to knees.
Headlines: takes drake sword and stabs opponent twice and finally decapitates opponent.
Allies: all who fight to save Earthrealm and justice
Enemies: all who side with Shao Khan, Onaga, or Shinnok.
When he was born he was out cast to Earthrealm because his father tried to overthrough on of the elder gods.
While on Earhtrealm he learn kung fu from a hermit that trained one of the fighters that competed in the past Mortal Kombat millenia ago. He moved to americawhere he met johnny cage and savedhis life from a gruop of tarkatan that planned to kidnap johnny. He then later meets raden that tells him who he is and wat his father did. He recently joined the Earthrealm warriors to make up for his father's acts.
Alignment: Good.

over a year ago nidoqueen said…
Name:molly
Age:27
Resides:where ever scorpion is
Origin:pokemon world
Species:human/fire bird
Description:born with the wings of moltres, she's extreamly crazy about scorpion or as she likes to call him hanzo, can be as wild as fire but watch out when she goes into rage mode it's not a good site cos she's worse then scorpion when she's in rage mode
Weapons:something she likes to call the claw blades cos thay look like bird feet
Fighting Style:like scorpion's except she loves to use the powers of moltres alot
Fatalities:1- throws one claw blade at aponet's chest then runs up cutting the off with the other
2-lets the flame turn into an inferno burning the aponet
3-a fire type move called the supernova
Allies:scorpion
Enemies:every one who has ever hurt scorpion
some how got sent from her world the pokemon world to here where she seen a pic of scorpion and fell in love and ever sense she's been wanting to get a chance to meet him and longs to be with him forever
Alignment:good 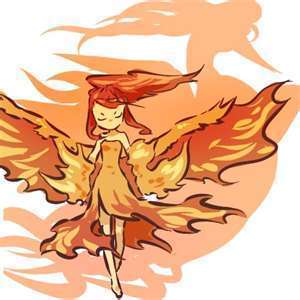 over a year ago FearGuns123 said…

Name : Kendra
Age: 0
Preferred Weapons: Kukri(main) and 2 Kunai strapped to her leg.
Species: Genetic Experiment
Appearance: Same outfit as Skarlet but yellow , Brown hair and Saphirre eyes.
Allies:Mileena and Skarlet also Shao khan
Enemies: Any who pose a threat to the Emperor
Job: Assasain
Bio: Shao khan trusts few apart from his creations such as Skarlet and Kendra, they are his Bodyguards til death

over a year ago xSweetEmma said…

Name: Krystile Ice
Age: 24
Resides: With her boyfriend Sub-Zero
Species: Xenovo (born at the age of 24 and die at the age of 123)
Description: Blue aqua marine suit covered in ice, thigh boots, lace gloves and scarf. 5"5, 123 lbs, and long brown hair. With a mask like Sub-0 and Iced Eyes. Or disguise as a human.
Weapons: Metal Fan like Kitana.
Fighting Style:Kitty (Primal, flight.)
Fatalities: Freeze Baby - Pushes them into a puddle freezing them down. Lays next to them for a second then cuts their arm, and beats them with it. Then finishes it by cutting them with her fan (through the middle), and freezing her in a cube Sub-0 then smashes into pieces.
Allies: Sub-Zero, Kitana (trainer), Jade, and Cage.
Enemies: Scorpion, frost and Mileena
Early Life: She was born at the age of 24, her race is born in a pod and comes out at that age.
Allignment: Chaotic Neutreul

This is her desguise. 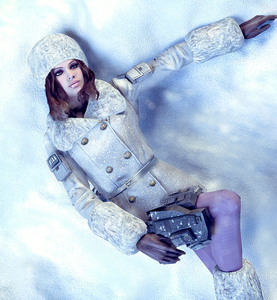 over a year ago WondersSoExotic said…
-Name:
Morgana

-Fatalities:
#1: Crushes the opponent with closest item, which stuns them, then sticks -the Javelin in the ground. Evading their next attack, she kicks them onto the Javelin.
#2:
Morgana teleports behind the kombatant, she holds her javelin out then pushes them onto. She then pulls it all they way through.

-Early Life: "We will keep it a secret Shao-Kahn! Please do not tell the empire.." Morgana's parents about her. "No.. Morgana is too powerful! If she gets angry.. she will kill anybody in sight." Shao-Kahn said to her parents. "No!" Her father said as he took the blow Morgana was about to get. Her mother grabbed her & ran. 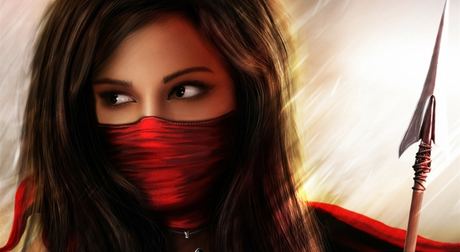 over a year ago TOVO said…
Name ~ Caia

#2 Dragon's Wrath ~ Caia shoots a flaming projectile into the air, that soon hits the foe.

#1. Sight for sore eyes ~ Caia throws her Karambit knives into the air, then roundhouse kicks them as they pierce the enemy's eyes.

#2. Heartwarming ~ Caia summons a fireball and proceeds to shove it into the enemy's mouth as it slowly melts the enemy's internal organs.

Early Life ~ Growing up in a wealthy family, Caia seemed more than Money. She longed for power, she was later recruited by Kabal himself and is currently a member of the black dragon clan.