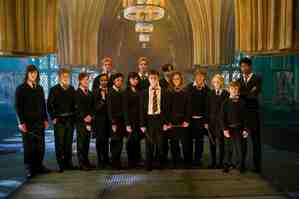 "HARRY POTTER AND THE ORDER OF THE PHOENIX" (2007) Review

I usually tried to avoid 읽기 reviews of 영화 I am interested in seeing in the near future. Instead of relying on the opinions of others, I prefer to form my own opinions. However, my curiousity got the best of me and I could not help but read several reviews and opinions on the latest cinematic release from the HARRY POTTER franchise - namely "THE ORDER OF THE PHOENIX". Mind you, the story was never my 가장 좋아하는 HARRY POTTER novel, but after the near travesty (okay, perhaps that 설명 is a bit exaggerated) . . . after the slight disappointment of 2005's "GOBLET OF FIRE", I could not help but wonder this 다음 movie would fare. After all, the novel was longer than even the fourth entry. Fortunately, my fears proved groundless and "THE ORDER OF THE PHOENIX" has become my 초 가장 좋아하는 HARRY POTTER movie.

Before I begin to wax lyrical over the movie, I need to point out what I consider to be flaws in the movie. My sister had informed me that the producers of the HP 영화 had originally intended Mike Newell - director of "GOBLET OF FIRE" - to helm the fifth novel. Somehow those plans fell through (thank the Lord above) and they found themselves scrambling for a new director before production was scheduled to begin. They eventually settled upon UK 텔레비전 director, David Yates. I must say that for his first theatrical production, Yates did an excellent job. But there is one aspect in which his years in 텔레비전 did the movie a disservice was the pacing. Quite frankly, I found the pacing a bit rushed. The movie felt 더 많이 like it had a running time of at least 100 또는 110 minutes, instead of a movie over two hours long. I understand that Yates planned to helm the 다음 HP movie, "THE HALF-BLOOD PRINCE", as well. I only hope that he will learn his lesson from this movie and maintain a better pace.

I also had a few other problems with the movie. One of them happened to be Evanna Lynch, who portrayed the eccentric Hogswart student - Luna Lovegood. Before I receive accusations of sacriledge, please hear me out. Ms. Lynch physically captured the essence of Luna perfectly. And although she managed to convey Luna's offbeat persona in a competent manner, there seemed to be something missing from her portrayal in the movie. Then it occurred to me that there were times when the movie Luna seemed to be devoid of any emotion. She came off as too serene. And as I recalled, the literary Luna was capable of expressing 더 많이 emotion - including anger at Hermoine's dismissive atttitude toward her. And Luna was not the only character I had problems with. Characters like Remus Lupin (David Thewlis), Percy Weasley (Chris Rankin in a non-speaking role), Nymphadora 통스 (Natalia Tena) and the Blacks' house-elf Kreacher, barely seemed to exist. Lupin's biggest moment came when he tried to prevent Harry from chasing after the murderous Bellatrix Lestrange (Helena Bonham-Carter)

One last problem I had with the movie was the lack of closure on a few plot points. We never learned the consequences of Harry's discovery that Umbridge had used veritaserum on Cho Chang in order to coerce her into exposing "Dumbledore's Army" and Harry's lessons. I never understood why Kreacher even made an appearance in the movie, considering he did not seem to have an impact upon the story. The movie failed to bring some closure 또는 allow Harry to discuss with Sirius and Remus about Snape's memories of the bullying James Potter. And what happened to Lucius Malfoy after Sirus (or Remus - I forgot whom) managed to defeat him? The movie never revealed his fate.

Despite the above flaws, I enjoyed "ORDER OF THE PHOENIX" very much. It still managed to be a 더 많이 than satisfying summer movie. The original novel happened to be the largest in the entire series. Yet, screenwriter Michael Goldenberg managed to pare it down to the novel's main narrative. I suspect many HP 팬 would have preferred an exact adaptation of the novel. Thankfully, Goldenberg spared the moviegoing audience of what could have been a long and excrutiating period in the movie theater. To this day, I still believe that "THE SORCERER'S STONE" and "CHAMBER OF SECRETS" could have faced a little 더 많이 editing. And some of the changes made to the story - Neville Longbottom's discovery of the Room of Requirement (instead of Dobby the house elf); no visit to the St Mungo's Hospital for Magical Maladies and Injuries (along with no repeat appearance of Gilderoy Lockhart and Neville's parents); Neville's own revelation of his parents' fate to Harry (instead of the discovery being made at St. Mungo); and Cho Chang's exposure of the Dumbledore Army (instead of Marietta Edgecombe committing the deed) - did not hurt the story at all. However, I am certain many 팬 would disagree. What made "ORDER OF THE PHOENIX" work for me was the combination of a mystery regarding Harry's connection to Voldemort and the growing fascist state at Hogswarts that also reflected within the wizarding world under Cornelius 퍼지 (Tom Hardy). I have to commend both Yates and Goldenberg for skillfully weaving these two elements within the movie's plot.

The movie also benefitted from excellent 연기 의해 the cast. In fact, I found this to be a great relief after suffering from the hammy 연기 found in the 이전 entry - "GOBLET OF FIRE". Both Daniel Radcliffe (Harry Potter) and Rupert Grint (Ron Weasley) were top-notched as usual. And so was Matthew Lewis as the likeable, yet clumsy Neville Longbottom. I especially must commend Radcliffe for conveying Harry's angst over Cedric Diggory's death in the last story and frustration at being ignored 의해 Dumbledore. And I want to sink to my knees and give thanks to the spirits above and David Yates for preventing Emma Watson (Hermoine Granger), Michael Gambon (Dumbledore), Ralph Finnes (Voldemort), Jason Isaacs (Lucius Malfoy) and also James and Oliver Phelps (Fred and George Weasley) from repeating their over-the-top performances in "GOBLET". Oh, such a relief! On the other hand, Helena Bonham-Carter's portrayal of the insane Bellatrix Lastrange did seem over-the-top. But considering that the literary Bellatrix was equally hammy, I had no problems with this. 의해 the way, I must applaud Imelda Staunton for her delicious portrayal of "Miss Hitler in Pink" herself, namely the ladylike, yet poisonous Dolores Umbridge, a Ministry undersecretary who became the new Defense Against the Dark Arts instructor. In the novel, she is described as being toadlike, yet Ms. Staunton is obviously a 더 많이 attractive-looking woman. But despite this, she managed to capture Umbridge's insidious and bigoted evil beautifully.

However, the movie's piece-de-resistance - at least for me - happened to be the battle that takes place inside the the Ministry of Magic. I must confess that the literary version of the battle usually left me slightly confused. I guess I simply found it difficult to visualize what took place. But Yates' direction not only clarified the entire battle for me, it left me feeling thrilled beyond measure. In my opinion, the battle has catapulted in what I now feel is probably the best sequence ever shown in any of the films so far. It was simply superb. Yet, there are other little golden moments in the film that I managed to enjoy:

-the Dumbledore Army's Defense Against the Dark Arts lessons

-Ron stands up to Seamus for Harry

-Filch's attempts to get inside the Room of Requirement

-Dean Thomas' (Alfred Enoch, who had 더 많이 lines in this movie than the last two combined) argument with Umbridge

-the fact that both Ron and Ginny helped Neville and Luna escape from Draco and the Inquisitor's Squad (I could be wrong that Ginny helped; if so, please inform me)

And one of my personal 가장 좋아하는 moments in the movie turned out to be 프레드 and George's torment of Umbridge before making their escape from Hogswarts. Classic moment.

Although "ORDER OF THE PHOENIX" possess have some flaws that prevent it from becoming my 가장 좋아하는 HARRY POTTER movie so far ("PRISONER OF AZKABAN" still holds this 제목 in my heart), I must admit that it reassured me that the movie franchise had not declined following the slightly disappointing "GOBLET OF FIRE". I do look 앞으로 to seeing it again before the summer ends.
angelbarbie20, medouri and 1 other like this
5
"HARRY POTTER AND THE DEATHLY HALLOWS - Part II" (2011) Review
posted by DR76 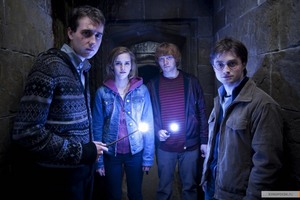 When I had first learned that Warner Brothers Studio and the producers of the HARRY POTTER franchise planned to divide the series' last novel into two movies, I had harbored strong doubts against this plan. Then I saw "HARRY POTTER AND THE DEATHLY HALLOWS, PART I" and my doubts were erased. I thought for sure that they would be able to pull this off. And after watching the last movie in the movie . . . I have changed my mind again. 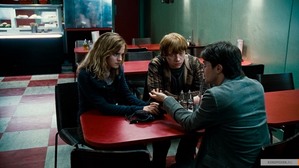 I have been a major 팬 of J.K. Rowling’s "HARRY POTTER" novels as much as the 다음 person. But I would have never become a 팬 if it had not been for the movie adaptations of the novels. Mind you, I have not harbored a high opinion of all the movie adaptations. It has been a mixed bag for me over the past nine years. Of the seven 영화 that were made, I have a high opinion of at least four of them. And last year's movie - "HARRY POTTER AND THE DEATHLY HALLOWS – Part I" - happened to be one of them. 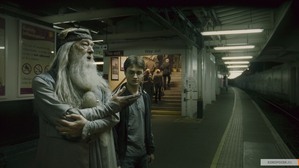 When the producers of the latest installment of the HARRY POTTER movie franchise had announced their intentions to push back the movie’s release 날짜 from November 2008 to July 2009, a relative of mine had expressed disappointment. My own disappointment was muted 의해 the possibility that the movie required further retakes for improvement. After...
continue reading... 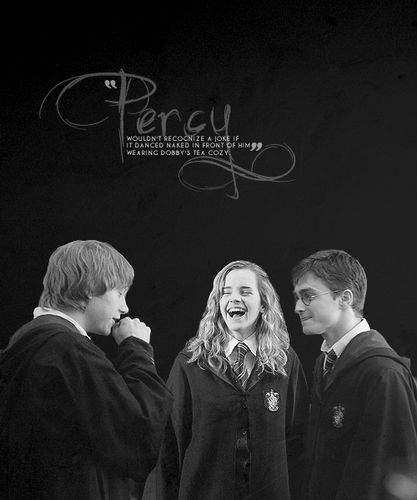 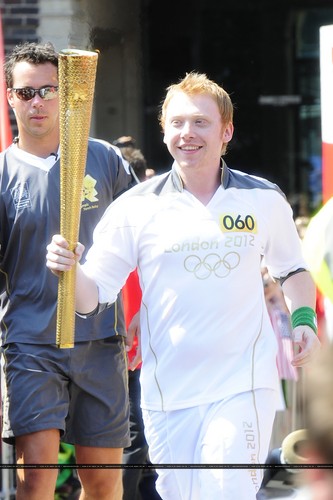 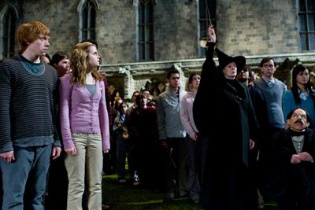 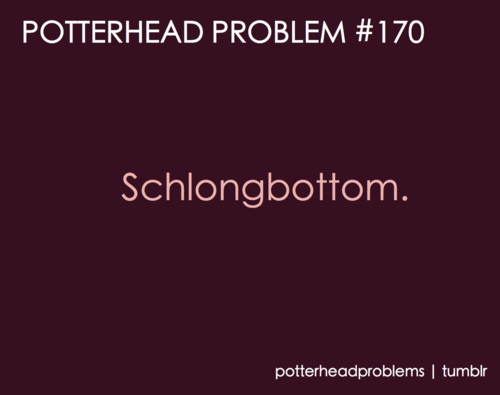 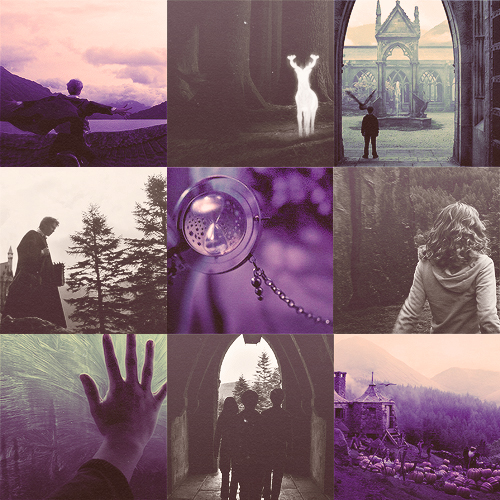 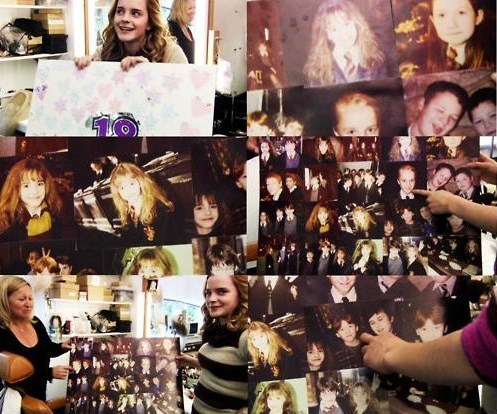 2
Emma's bday present from the cast & crew :))
added by iloveejasper 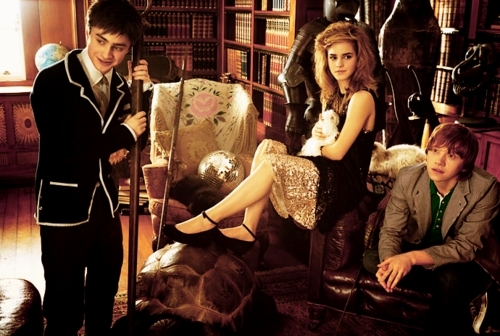 2
The trio :))
added by iloveejasper 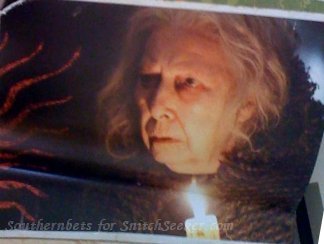 new Harry Potter and the Deathly Hallows: Part I promos from 2011 벽 calendar
added by JBDisneyDemi 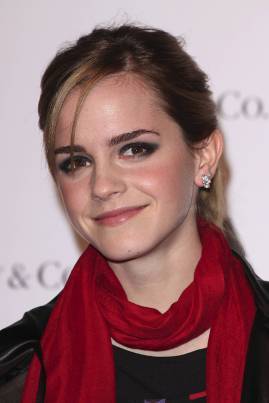 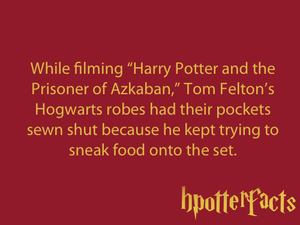 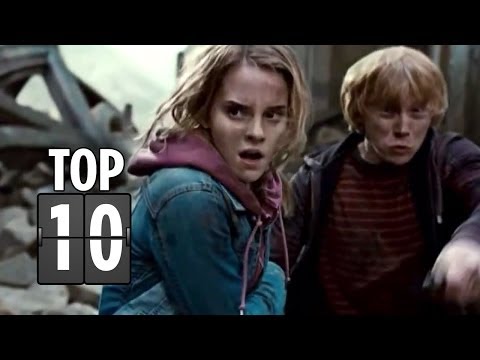 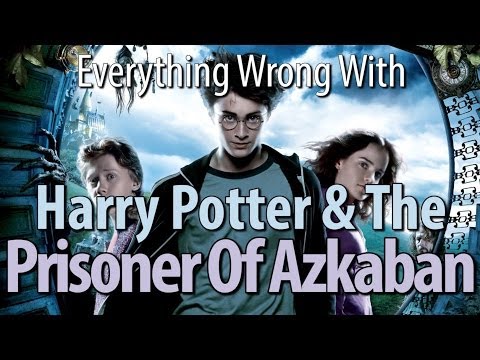 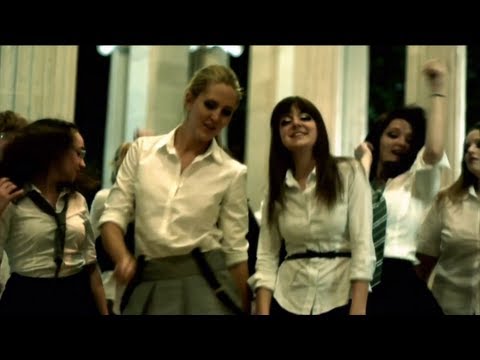