Watch the clock thicking
It’s the moment of truth
Whatever magical mess you’re in
The 참드 Ones will be saving you
Once they have your back
You’ll never get harmed
They’re the protectors of innocence
And that’s what...
continue reading...
1
R.I.P. Agent Parker
posted by HaleyDewit 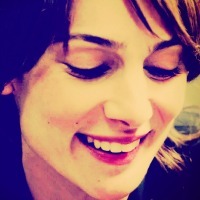 Let me start 의해 saying that I can easily develop a strong connection with fictional characters. I’m not sure why that is, but I suppose that’s what makes me a good writer. Because I can put myself in their shoes, see things from their point of view. So, when something happens to one of those characters I can be quite upset about it. I know it’s not real, but it feels real.

I was too blind to see the truth
But now I can...
continue reading...
4
Walk away
posted by HaleyDewit
당신 look upon me with all of your arrogance
And I never know what to say
But I just can't help but always giving 당신 another chance
'Cause when 당신 smile I just melt away

See me as a class mate
See me as a silly girl
See me as a zero
Treat me like someone 당신 don't know
But don't...
continue reading...
4
Leave my life
posted by HaleyDewit
I'm funny,I'm cheerful,I can make 당신 smile
I'd do anything for you,I'd walk a thousand miles
But 당신 killed the sparkle in my eyes
When 당신 started to tell all your lies
So grab your stuff and leave my life
I won't be the one to sacrifice

I'm broken,I'm sad,I wanna make 당신 cry
I'm a mess,I confess,I want 당신 to tell me why
I wanna push 당신 through hell like 당신 did with
I wanna cause 당신 pain,so bad 당신 couldn't...
continue reading...
2
Why Ron and Hermione? In Hermione's defense
posted by HaleyDewit
Source: ronandhermione.net

It seems that Hermione has replaced Ginny as the most hated female in the Harry Potter series.

First of all, she hasn't changed. She's still the same Hermione. There's just one change in her character, and it was one that many R/Hr shippers, including me, knew would happen. That...
continue reading...
2
Shades of Black
posted by HaleyDewit
What’s wrong with me
I no longer seem to find a reason to be happy
Trying to hold back the tears searching their way to my cheeks
Swallowing the scream that’s trying to escape my throat
What wrong with me
Trying to walk away from the darkness that’s surrounding me
Hoping there’ll be a 일 where I can see things clear
Hoping one 일 I’ll find my way back home

I’m a pile of misery
I’m a tormented soul
I’m a prisoner of loss
Captured between my walls
I beg 당신 nice from my knees
Take away this agony
I’m a wreck
‘Cause since...
continue reading...
1
Something This Perfect
posted by HaleyDewit
I keep running to places I should stay away from
I keep committing actions I can’t make undone
I keep spilling words that should remain in my head
‘Cause I don’t want to spoil something this perfect

I want 당신 to whisper my name
And make it sound like a scream
I want 당신 to take me to places
I’ve never been
But I know if I’d listen to my 심장 I’d regret
‘Cause I don’t want to ruin...
continue reading...
You Might Also Like...

I give this movie a three out of five stars. I thought a lot of scenes were dull and long-winded, and whenever there was some action, it didn’t last long. Add on that certain aspects of the plot were quite predictable. I did 사랑 Jennifer Lawrence’s acting, though. I had only seen her in The Hunger Games and unlike many others I wasn’t blown away with her performance, so this was a pleasant surprise. Michael Sheen’s 연기 didn’t differ much from his role in Twilight, so it begs the 질문 if he played so stiff, because he was playing a robot, 또는 because he’s just… stiff. Any Michael Sheen 팬 읽기 this, feel free to point me to a movie where this actor really shines. This was also the first time I experienced Chris Pratt’s acting, which was very good, very natural.
So, if you’re looking for an action-packed thrill, this probably isn’t for you.
If you’re looking for something romantic, you’re covered.
2
One 의해 One
posted by HaleyDewit
Take my eyes from their sockets
And squeeze them till there’s no tear left to cry
Take my tongue from my mouth
‘Cause there’s nothing left for me to speak about
Take the skin from my bones
Till all is left is a bloody mess
And then take my 심장 from my chest

Take the spine from my back
‘Cause now there’s no place left for me to go
Take my hands from my arms
‘Cause I have nothing left worth fighting for
Take the skin from my bones
Till all is left is my bare...
continue reading...
1
Tragedy (delena song)
posted by HaleyDewit
My first thought when I wake up goes to you
Just another 일 I have to get through
And I know I’m overreacting
And I know there are worse things
But right now I feel like I’ve 로스트 the only thing I knew

It’s like nothing I’ve ever felt before
And though I want it to stop, I keep asking for more
Guess I rather wallow in hurt, instead of moving on
‘Cause I know the pain, the drama, the tragedy
The tears and the misery
Was worth it all

My last thought before I go to 침대 is one of despair
‘Cause I can’t figure out how to be when you’re not there
You’re all see, hear, all I can breathe
You haunt...
continue reading...
4
The 암캐, 암 캐 Song
posted by HaleyDewit
They say we should stick together
Create a chain and never let go
But I’m not gonna act like a hypocrite
‘Cause I’m fed up with your over-dramatic show
Your criticism doesn’t make any sense
It’s nothing but a bunch of crap
And I doubt I’m on my own in this one
I think a lot of people will 확인 that

You must be so frustrated
You must be filled with hatred
Living with only a brain cell 또는 two
Knowing you’ll never fit...
continue reading...
How to say I 사랑 당신 without actually saying it (poem)
posted by HaleyDewit
I hate your Stephen Lynch shirts
and your Jurassic Park merchandise
I hate that I can’t talk to you
Without sounding like an imbecile (i know that doesn't rhyme)

Of all the guys I got to know you’re the one I will remember
And I won’t shed a tear, but inside I’ll cry a river

Acting like a 암캐, 암 캐 I abreact on my friends
Hoping...
continue reading...
1
Someday (DE song)
posted by HaleyDewit
It's been a while since I wrote a DE song, but here 당신 go :)

Don’t wanna leave this place
And leave 당신 behind
When I’m with 당신 every moment
I wish I could rewind
Don’t wanna feel so weak
With...
continue reading...
2
My votes for the People's Choice Awards
posted by HaleyDewit
가장 좋아하는 Movie: Maleficent
Favorite Movie Actor: Channing Tatum
Favorite Movie Actress: Emma Stone
Favorite Movie Duo: Shailene Woodley and Ansel Elgort in The Fault in Our Stars
Favorite Action Movie: The Amazing Spiderman 2
Favorite Action Movie Actor: Liam Neeson
Favorite Action Movie Actress: Jennifer Lawrence
Favorite Comedic Movie: Let’s be Cops
Favorite Comedic Movie Actor: Zac Efron
Favorite Comedic Movie Actress: Drew Barrymore
Favorite Dramatic Movie: The Fault in Our Stars
Favorite Dramatic Movie Actor: Robert Downey jr.
Favorite Dramatic Movie Actress: Shailene Woodley
Favorite Family Movie:...
continue reading...
1
Head Over Heels
posted by HaleyDewit
Elena:We met outside the male restroom and at the graveyard
I said hi, 당신 said hi and 당신 had stolen my heart
But now I know we were nothing but a high school romance
‘Cause how can one fall in 사랑 with just a word and a glance
How can one build on trust when the foundation is a lie
How can 당신 be Prince Charming when all 당신 do is hide
So I suggest we throw this thing in the garbage
‘Cause there’s no way we get out of here undamaged