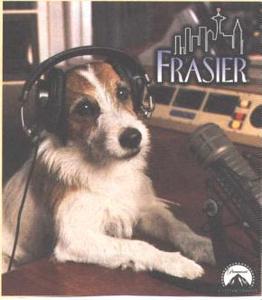 The Jack Russell 테리어 passed away of old age last week at trainer Mathilde Halberg's home, she told People magazine and the Access Hollywood show. "He just had an incredible charisma and was a such a free spirit," Ms Halberg said of Moose, who appeared in 192 Frasier episodes from 1993.

Moose shared the part of Eddie with his son, Enzo.
He made his first appearance on the long-running Cheers spin-off in the first episode on 16 September 1993, retiring 10 years later in 2003. The show finished in 2004.

During the height of Frasier's popularity, Moose received 더 많이 팬 mail than any of his human counterparts. 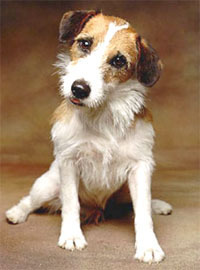