2
Sesshyswind’s Perspective on Human-Demon 사랑 (Part 1)
posted by sesshyswind
This 기사 is an extended version of a 코멘트 I made to a 팬 pick 질문 on the same topic that I 게시됨 some time 이전 on the 이누야사 spot. My views on human-demon 사랑 affairs, here it goes. Human-Demon affairs what does it mean to me, I’ll tell 당신 I HATE IT, yes, yes, yes, I am much to strait laced with this, but I can't help that it's what I feel. Human-demon relationships make me angry, I mean its complex, but where's the morality? 의해 Morality I mean how can two people from completely different worlds truly belong together? Like the Inu no Taisho for instance (Inuyasha’s and Sesshomaru’s father from the 아니메 Inuyasha)is supposed to be a Great Demon who is praised and honored 의해 other demons, how can he be a demon who is truly honorable in the Demon World if he spends his time concerning himself over the welfare of Humans? Don't most demons usually eat humans 또는 at least hate them? In this case would that sooner make him their enemy, should he turn against his own people and 또는 even his own family in order to protect a mere human? I believe that Demons hold their own brand of morality that’s truly theirs, and they have a right to it! Demon perspective isn’t necessary going to match up with human perspective. Demons may see killing humans as a sign of greatness and virtue in the demon world, like the man who kills the *evil demon* is the hero of the village, for demon’s it’s kill the right human, and it doesn’t necessarily make them evil either, because humans aren’t the only creatures that uphold value in our existence, we only think we are, Demons have their right of place in the world to.
It betrays demon integrity, demon dignity and honor; especially should the demon lover turn out to value a human’s existence over his own kind. The only right way is the correct way to stick with your own kind. (How can 십자가, 크로스 breeding between species that live worlds apart be a viewed as a good thing?) 더 많이 over should the human convince the demon that only her view (human views) are the only correct view and all other ways are Wrong, therefore turning his whole head around leading him astray from his rightful place in the world where he would otherwise belong, wouldn’t that make her a satan to demons?

Also I think that 사랑 affairs between humans and demons can only amount to tragedy. I mean how cruel is it when a demon, a living semi 또는 partial-immortal being who will most likely live on for centuries, falls head over heels in 사랑 with a human, a living mortal being, she lives for about 50 years, they have some good times, generate some fond memories, then she grows old and dies. Well I suppose it’s 안전한, 안전 to say she had a good life with the demon-man she loved, and possibly got the chance to die in his arms, but what about him. Humans fall in love, marry and grow old together and this is correct because as mortals they will both die soon enough, a Demon won’t. He’ll live. Yes, I find it a most romantic vision of a heartbroken demon, who fell in 사랑 only to watch helplessly as she aged, her beauty faded turned old, fell ill then expired all while things were still just getting warmed up for him. All he’ll end up with is a tombstone and a head full of memories he probably would have been better off without. Would he be able to forget about her and 옮기기 on, 또는 will he be dragging his feet over some miserable depression that could last for centuries and lose his spirit because she’s GONE! She died and there was NOTHING he could have done about it, no matter how great a hero he was.
This is why I disapprove of Human and Demon 사랑 affairs. No to HumanxDemon! (to be continued)
lalaland21 and emilyroxx like this
sesshyswind This is my first published article on Fanpop, so tell me what you think. I decided to extend my previous comment to the Inuyasha fan pick question 'which pair is better?', because the content I would otherwise have applied here would have been that same anyways, though in the future I'll be sure to take greater effort in making my articles more original. Though there are a few other comments that I've made that I'll like to elaborate on so be on the look out for those, along with the new stuff as well:] Of course these views are based on the perspectives of the demons in my own private works, where they live in a world that's all thair own, though does reflect my own person interests as well in many curcial points, and they are thorouhly against human-demon afairs. They have a connection with Heaven and to them love with mortals is considered an abominable sin.
KathyKiryu amazing work
LunaDragon WOW
sayomi641 THAT WAS FANTASTIC SESSHYWIND I AM ABSEFUCKINLUTELY AMAZED
emilyroxx That really changed my perspective on human/demon love. 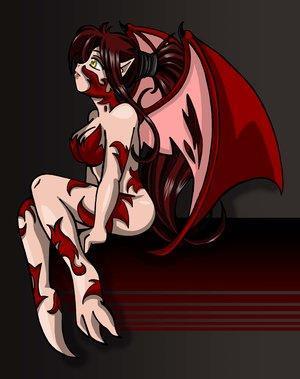 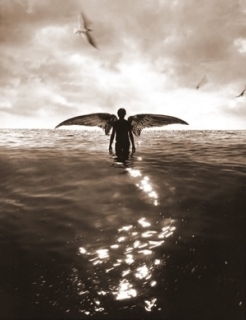 when in transformation
A Geisha Vampiress is very dangerous. They live off of attractive men's blood and are very SUDUCTIVE!! They way they eat is first, they luar a hot man, then they make out for awhile and then without warning she bites them and stabs them with a special 칼, 나이프 called "THE ABSORBER" which sucks up their souls. When they turn into a vampire their eyes are either red, crimson, black, aburn, 또는 brown and thier hair stays the same put they get paler. They can control the blood thirst well but, if they don't eat fast they get less pretty but are still pretty sort of like in the movie "Jennifer's Body" except they have to live off animal bllod for that time to keep their beauty. When there are no good men left in the village they leave to go to the 다음 one. In our time they are called a "Hooker Vampiress" same deal with them too except they hide in allies while they are weak.

geisha form when about to catch her prey 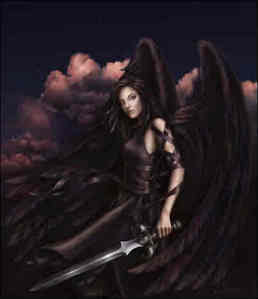 Shadow 천사 are 천사 that have been evicted from heaven. When they are sent to earth they start there “Life” as a normal human. They are sent to earth to help some one who desperately needs it, but they don’t remember who, where the person is. They don’t even remember that they are shadow angels. When they are born as a human on earth, they have birth marks of wings on there backs. When they turn nine, in human years, they birth mark wings become real wings. That they can use when ever they wont to. Ones they get there wings, they also get their powers. Their main powers are super human speed and strength, but one of their most famous powers is the power over the winds. What gives them the power over the wind is always been a mystery, but we know that because they have the power of wind makes them one of the original five. No 더 많이 is know about them because they are a very concealing race. 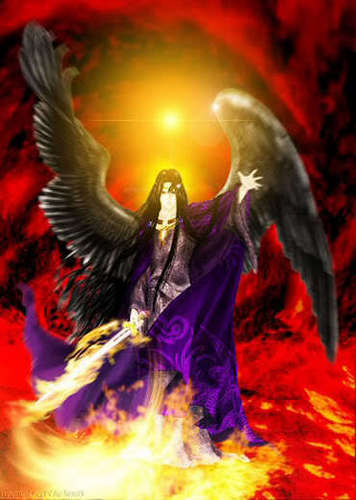 1
Dark 천사
added by sesshyswind
Here's a slideshow for the darker side of things, 천사 and their less positive side set to the 음악 of Avrigus (Album- The Secret Kingdom).
video
천사
feminine
dark
유튜브
avrigus
dark 천사

앤젤 의해 Sarah McLachlan
added by sesshyswind
Here is a slideshow for the nicer side of things, 천사 and the 사랑 and gentle beauty they represent, set to the 음악 of Sarah McLachlan.
video
천사
유튜브
sarah mclachlan
사랑
light
heaven
feminine
More Cards
1234567891011