Actually I didn’t see that movie yet, which is no slight to the movie 또는 M. Night. It’s just I lived with the animated series for five years and it became a phenomenon and I 사랑 the series. I just didn’t get around to watching it when it came out. There were all these reasons, I blogged about it[2] and then I ended up having lunch with the creators Mike and Bryan. They’re like, “Don’t watch the film. 당신 don’t even want to.” I’m sure I’ll catch it sooner 또는 later. I’m a big M. Night 팬 anyway. I 사랑 Dev Patel as an actor so I’m sure I’ll see it. I just haven’t seen it yet.

That’s the thing. When they were in pre-production and 당신 heard M. Night Shyamalan was making a movie of your show, didn’t that seem like a good idea?

Oh God, oh God, it seemed like a great idea. I’ve heard inner things from people about how things happened and what things happened. 당신 know, he’s an artist and he tried to put his stamp on it and it’s one of those things, it’s hard to put your stamp on something that’s already its own powerful entity. Who knows? Some people loved it. A lot of people didn’t like it. Who’d want to do 별, 스타 Wars if it was a famous comic book first? It would be so hard to accomplish that.

Well, look, John Carter just tried to do that.

I know, John Carter, it’s almost impossible. Maybe if it wasn’t as famous a director to do it who’d really follow the comic to the T, it might’ve been 더 많이 successful. But when you’ve got a powerful director, of course they want to put their stamp on it.

When James Cameron’s 아바타 came out were 당신 like, “Hey, that’s our name?”

Yeah, that was a little bit of a weird time again, like how did this happen? It’s just weird how a lot of things happen simultaneously, names but again great film. It kind of established the film as The Last Airbender. So now the cartoon’s “Avatar,” the movie’s 아바타 and the movie Airbender, so it’s distinguishing all the different Avatars.

What’s going on with “The Legend of Korra?”
We just started the new season, I think third 또는 fourth episode. I have a role in it and I’m always proud to be a part of the “Avatar” family. Everything is hush-hush with it always. I’d get yelled at for even talking about it but I’m excited. I 사랑 the new show. I think they did a great job and I can’t wait to see how the 팬 take to it.

FYI, I first heard about Bryke advising Dante "not to watch the film" from Ted from LastAirbenderFans, who was informed of it off-the-record while he did an interview of Dante with Jordan from A:TLA-online last summer. This is the first time Dante actually goes on record of what Bryke advised him.
gelele likes this
xDark_Angelx I'd love to see his reaction to the movie-or rather, I would love to see Bryke's reactions..
1
Just Give Me 10 Years
posted by zanhar1
Apparently today is Avatar's 10th anniversary...here have a fic!

In one 년 a person could accomplish much.
She had chosen to run away
Run away and not be found.

In two she mostly just stood alone.
Living only off of what the land would give her.
On most nights she was lonely.

The other three years became something of a blur as she counted them off. Everything seemed to be the same old thing. She didn’t know how she’d managed to go for five years all 의해 herself in such a strange place.

She decided after those five years she was tired of being alone, hungry, and silently afraid. Decided that...
continue reading...
2
Sun Dragon (Part 9)
posted by zanhar1
That night Azula dreamed.

After a long while of staring at the ceiling, the cold metal shackles biting her hands all the while, and enduring Ling-Ling’s attempts to make conversation, she had found herself in something of a sleep.

The dream was a bit of a blur; she was a little girl again. Ling-Ling and Heekul were both real people, her mother loving. Zuko had joined them in whatever game they were playing.

Azula, upon waking could most vividly remember the faces and the smells—freshly cut 잔디 and her mother’s floral perfume lingered on the fringes of her...
continue reading...
1
Sun Dragon (Part 8)
posted by zanhar1
“You see, Princess, I don’t like your kind.” Tang-Shin continued with his circling. “You. People like you, are sick. The lot of 당신 deserve to die. The lot of 당신 are only good for experimenting on. And of the lunatics in this asylum your breed is the worst—with your silly voices and your ludicrous visions…”

Azula’s upper lip twitched into a snarl. The man was speaking as if he didn’t have an issue 또는 two of his own.

"If 당신 thought we treated 당신 with neglect and abuse in the regular ward…the underground ward, well it’s a whole new world of torment."

Azula looked to the...
continue reading...
2
Sun Dragon (Part 5)
posted by zanhar1
With each step Azula felt her body grow 더 많이 and 더 많이 weary. Each and every one of her footfalls 더 많이 wobbly than the next.

Tang-Shin was leading her down a hall that was just as bleak as every other. She wondered how the man navigated the place—everything looked the same to her; white 또는 yellowing-white, lined with tightly sealed doors, and a floor that looked like it hadn’t been cleaned in millenniums. She chose to ignore the alarming red splotch near one of the doors.

Was that what she had been sleeping on?

They reached the end of the hall where stood a giant knobless door....
continue reading... 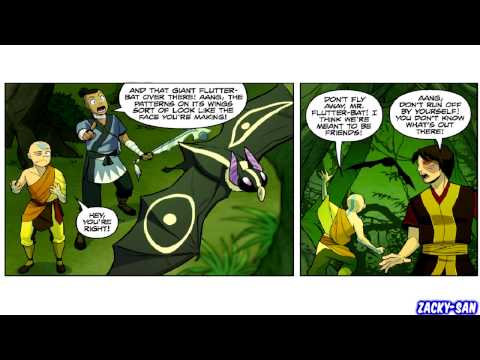 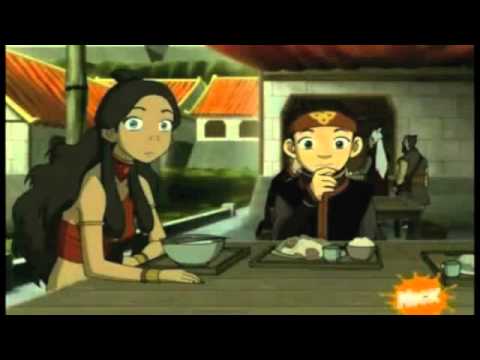 10
Yue & Sokka - My 심장 Will Go On
added by ClassicalNadia
This is a kinda sad video. For Sokka and Yue lovers. Even though it's Sukka now. Lol. ;) An excellent song too.
video
아바타
the last airbender 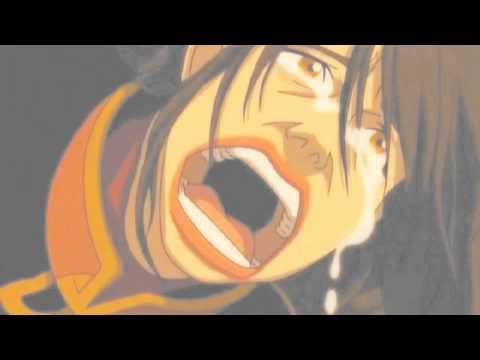 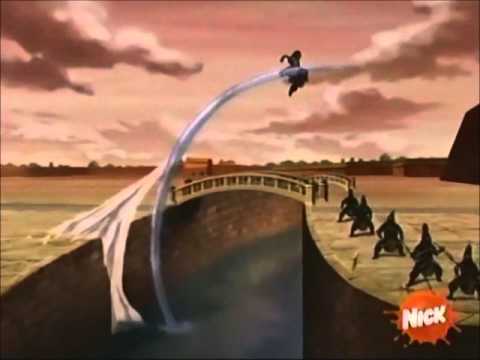 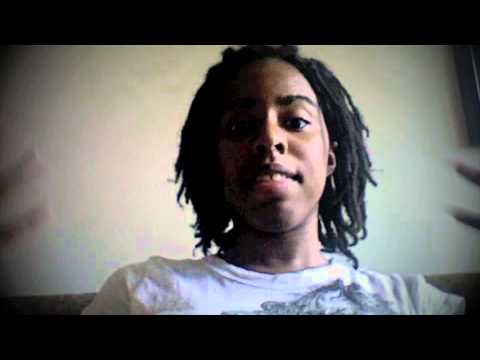 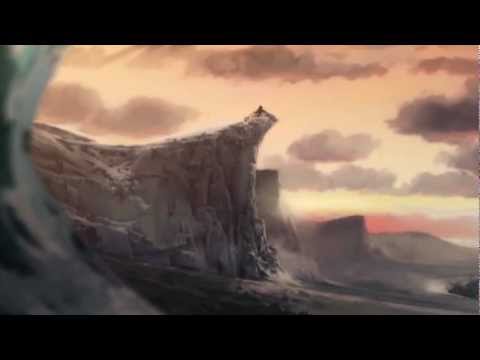 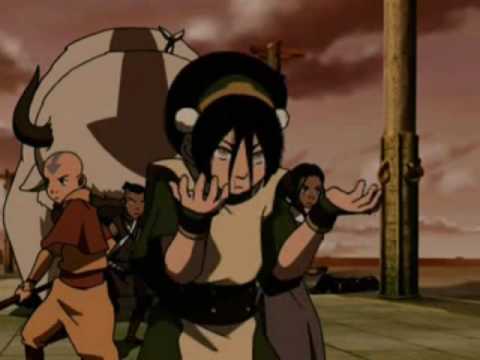 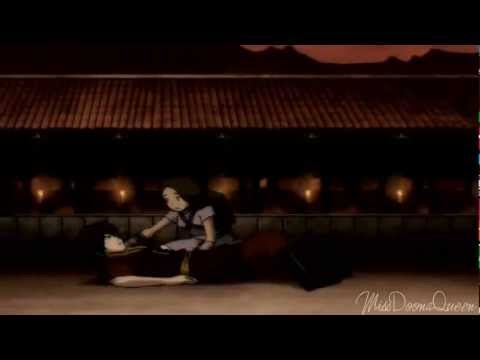 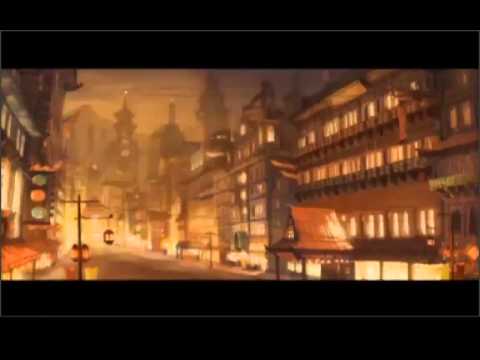