“…and then Guinevere thrust her knee into his bollocks, and he collapsed on the bench,” Arthur says, pausing to take a drink of water. Lance chuckles at Gwen’s bravery, already knowing that while she is small, she is not to be taken lightly.
“But then that other idiot Cenred decided to slap her and that was it.” Arthur’s face clouds.
“What? Gwen, 당신 didn’t tell me any of this,” Lance gasps, shocked.
“When did I get a chance?” she asks. “And stop looking like a scandalized old lady. I’m fine now. 더 많이 than fine,” she says, smiling at Arthur, reaching her foot over to him under the table.
“So what happened then?” Lance asks, looking from Gwen to Arthur and back.
“I punched him,” Arthur says. “Broke his nose.”
“It sounded really disgusting,” Gwen laughs. “Like a wet crunch.”
Lance makes a face, looking down at his plate. Somehow this 연어 doesn’t look so appetizing anymore.
“Sorry,” Gwen says, seeing him poke at his fish. She takes a big scoop of her risotto, just to needle him.
“Squeamish, Lance?” Arthur asks, amused.
“No,” Lance answers.
“Yes,” Gwen amends.
“All right, so then what? 당신 punched this… Cedric person…”
“Cenred,” Arthur corrects. “Beverly Cenred, actually,” he smirks.
“Beverly?”
“Family name. Allegedly.”
Lance laughs. “I’ll never complain about my name again.”
“So, yeah, I punched him, and then introduced myself to Guinevere like the proper gentleman that I am,” he says straightening in his seat.
“Right. And it was, what? 사랑 at first sight?”
Arthur is puzzled as to why Lance is so interested in how they met and their relationship. Seems odd for him to be so curious about his ex’s current relationship. But hey, this is my opportunity to be alpha male without getting in trouble.
“Well, truth be told, I’d had my eye on her for about a 월 before I actually talked to her. Rescued her. Whatever it was,” Arthur admits.
“Let’s just say he was very charming and sweet and he took me to meet his 프렌즈 who were standing across the 거리 so I wouldn’t have to feel like I had to avoid them any more. Then he drove me 집 to my flat to make sure I was okay and I got 집 safely,” Gwen says, setting her fork down across her plate and putting her napkin back on the table, full.
“And she invited me in and made me brunch.” Eventually.
“Oh, really?” Lance asks.
He’s not buying it, Gwen realizes.
“Okay, okay, I eventually made him brunch,” Gwen laughs, blushing a little bit.
“Gwen!” Lance exclaims, his eyes widening.
“What?” she challenges. Arthur wisely studies his steak, cutting a bite very carefully and precisely.
“Nothing. I just didn’t think…”
“Are 당신 insinuating that I have become a slut?”
“No! No. No. Honest,” he says, trying to dig himself out of the hole he’s somehow gotten himself into. “I’m just… surprised, that’s all.”
Gwen laughs. “I was, too.”
Arthur chokes on his bite of steak. Gwen pounds his back and he reaches for his water.
“Okay, Love?” she asks once he regains himself.
“I need some dessert,” he croaks out.
“Of course 당신 do,” she smiles.
Arthur gets a slice of 레몬 merengue pie, Lance orders crème brulee. Gwen steals bites of both.
“Pub?” Arthur asks, once the waiter leaves with the paid bill, that Lance insisted on paying, citing it as a business expense.
“What pub?” Lance asks.
“Yes,” Gwen says to Arthur, then turns to Lance. “You’re new in town again. 당신 need to meet some people. You’ll probably get to meet Gwaine, I’m sure he’ll be there.”
“All right, then. I’ll follow you.”

Part 33: link
arthurgwen12, MISAforever and 6 others like this
EPaws *snort* but Sir we have only just met lol...love your convo pieces. Quite the bug up his butt butt our LancieBoy.
Bonne-Bell Why am I still suspicious of Lance? Lol, I'm worse than Arthur. Anyway, glad Arthur seems to finally be getting his big break. I loved the little tender moment that A/G had in Gwen's office with Arthur telling her that he needed her.
fdarcy Loved the fact that Arthur's work is being exposed to so many, but I think that Lance is still a little hung up on Gwen?, if I am reading this correctly.
lailastar I am glad both Gwen and Arthur were very open with their relationship in front of Lance, left no doubt in his mind re their love for each other, just in case he thought he might get another chance. YOU SNOOZE YOU LOOSE LANCE. Ok lets move on, really glad that Arthur is going to get his big break in the art world, wonder if Uther will make it to the opening, havent heard much from him.
Nasty_Nat  Arthur watch out for Lance. He's a "snake", i don,t trust him at all. Keep your eyes open.
kbrand5333 What, no one has any love for Arthur's sleep-induced mumblings about hedgehogs?
7
책 and Their Covers - 31
posted by kbrand5333
Part 30: link


“Drag! Open the bloody door!” Merlin pounds on the door to Arthur’s flat, trying to yell over the blast of The Sex Pistols. He pounds again, still nothing. “Sod it all,” he says, trying the knob.
The door opens, and Merlin walks into the dark of the room. He is immediately assaulted 의해 Iggy, who slams him with his giant ginger body. Merlin absently bends and gives the cat a friendly pat and walks to the stereo, flipping it off.
“Hey!” Arthur yells, looking up from his spot slouched on the sofa.
“Drag,...
continue reading...
5
책 and Their Covers - 29
posted by kbrand5333 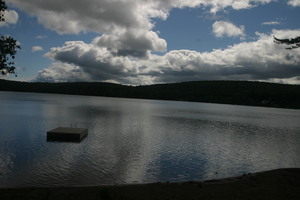 
Wheels have been turning in Gwen’s head all afternoon. She suggests they go back to Arthur’s flat again, even though they generally trade off.
“I need to stop at 집 first, get some things. Like a new pair of knickers,” she says once they are alone, outside the pub.
“Don’t 당신 dare,” he says impishly.
“What?”
“I’m thoroughly enjoying the thought of 당신 being, um, unencumbered under your proper little sundress,” he says, pulling her close....
continue reading...
5
책 and Their Covers - 28
posted by kbrand5333
Part 27: link


Saturday comes and Gwen leaves a pouting Arthur at his flat, promising to meet him and Merlin at the pub 의해 one.
“Or two,” she hedges. “Ish. I don’t know how long we’ll be. Freya is beginning to get a little anxious about her trip.”
“Gee, don’t know what that’s like,” Arthur rolls his eyes.
Gwen punches him on the shoulder, gives him a thorough 키스 that has him clutching at her sundress, and waves goodbye at him as she flounces out the door, blowing a 키스 to Iggy on...
continue reading...
5
책 and Their Covers - 27
posted by kbrand5333
Part 26: link


When they enter the pub, a very strange scene greets them. Phil is there, which is unusual in itself. She is seated at a table, and there is a cast from her toes to just below the knee of her right leg. The casted foot is elevated and is being cradled gently in Leon’s lap as he sits opposite her at the table. And they appear to be having a very nice and very intimate conversation.
“…The fuck?” is all that Arthur can manage as they stare.
“Gwen, what’s going on? Why are we just standing here?” Freya...
continue reading...
8
책 and Their Covers - 23
posted by kbrand5333
Part 22: link

“Arthur, 당신 already got your payback,” Gwen says, hands on her hips as he stands with her red silk scarf in his hands, idly winding it and unwinding it around his hands.
“Well, you’ll just have to owe me for this one, then,” he says, advancing on her with an impish glint in his eyes.
She stays in place and lets him come to her, knowing that he’s got his mind set now. No reason why I should let it be too easy, though. He can come to me.
Arthur loops the scarf around her back,...
continue reading...
책 and Their Covers - 20
posted by kbrand5333
Part 19: link

The jarring noise of a ringing phone snaps Arthur and Gwen out of the silent study they are making of one another as they lie together on her bed, holding each other, caressing, 키싱 softly. Reacquainting.
Arthur groans in irritation while Gwen rolls to grab the phone.
“Hello?” she says, sitting up.
“Gwennie, 당신 are home!” Freya’s voice exclaims on the other end.
“Yes, I am. I was going to call 당신 in a bit. I figured you’d be at work yet.”
“I...
continue reading...
3
책 and Their Covers - 15
posted by kbrand5333
Part 14: link


“William Gaius’ office, Gwen speaking, may I help you?” Gwen 답변 the phone pleasantly Monday morning.
“Gwen, sorry to call 당신 at work,” Freya’s voice comes across the line.
“Freya! Is something wrong?” Gwen replies, voice slightly hushed.
“No, no, I was just hoping we could do lunch today. I want to see 당신 before 당신 go, 당신 know. And I figured a weekday lunch wouldn’t take 당신 away from Mr. Wonderful the Kinky Punk.”
Gwen clamps her hand...
continue reading...
History, Facts, Fiction, Myths and Fandoms
posted by EPaws 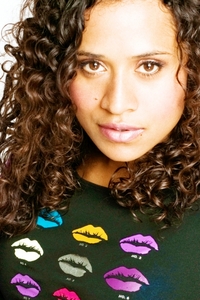 The below is written 의해 a dear mate of mine that goes 의해 the handle/monker Realityisfarfromideal. Oh dear, trust me, 또는 not *wink* 당신 really could not possibly get 더 많이 ARYAN lol. Anywho...from a learned one, I like my 프렌즈 SMART. Is that....good night. We have much in common. We do not suffer fools gladly. We just don't.

~~~~~~
In response to the Aryan 판타지 complaints that 앤젤 Coulby is unsuitable to play the part of 퀸 Guinevere because she is not white and therefore out of place in Merlin, which according to the complainants Aryan fantasists is apparently based on a white cultural...
continue reading...

Arthur and Guinevere ♥︎
added by VampyreFey
Source: me 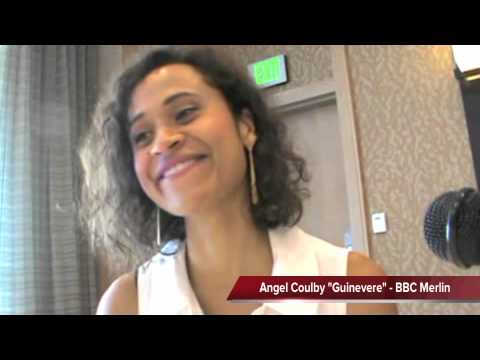 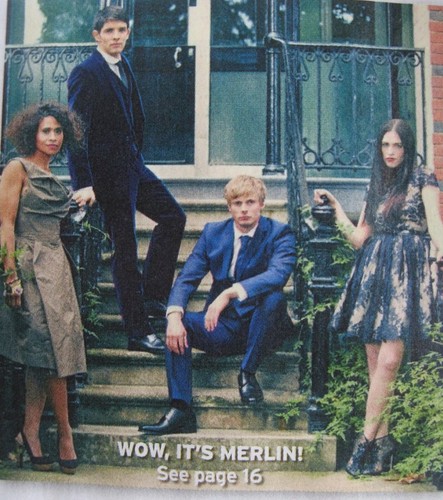 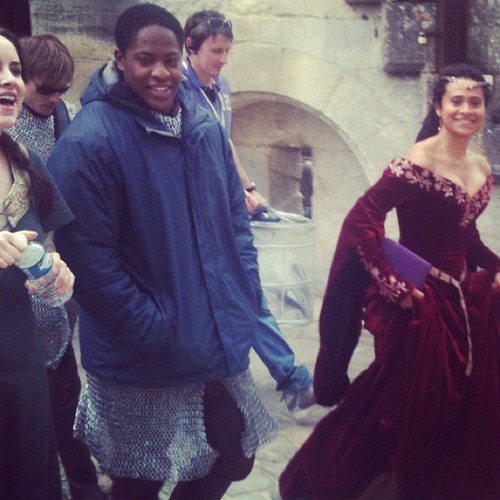