When I watched this show for the first time I was of course skeptical on their take of Guinevere/Gwenhwyfar. My this show truly took me at surprise. I was surprised that Gwen was a handmaiden in the first place. I was shocked to see that these writers where probably heading to a Arthur/Guinevere 사랑 story.

I came to 사랑 Gwen in this show as the adorable, awkward and shy young girl as my 가장 좋아하는 character of this show. As I watched Guinevere grow as a person to the 퀸 she is destined to be I couldn't be 더 많이 happier that this Guinevere would be 더 많이 like Gwenhwyfar then any other.

A/N: If 당신 want 더 많이 information about Gwenhwyfar here is a link of the Cymric Heroine of Arthurian Legend, and an essay called "The many lives of Gwenhwyfar"

link
Ozioma, mariatooo and 4 others like this
VampyreFey Wonderful article! I enjoyed reading this as it gives a very similar viewpoint to my own. I [i]hate[/i] the French version of the Arthurian stories and I'm not sure why it has become so popular. It degrades women and makes them look absolutely idiotic. But our Guinevere draws far more parallels to Gwenhwyfar and these two takes on the Arthurian legend show women who are strong with good morals. They are ingrained with faith in their King, they are loyal to him, and they are worthy, strong sovereigns on the throne. Very well said, my dear, very well said.
nsk amazing article !! <3 im gonna check it out the links thanks!
Tigerlily888 Totally agree-I speak welsh and we read legend and Gwehwyfar is exactly as you described-Graet article!x
AngelGirl1992 You speak welsh that's awesome. Gwenhwyfar is AMAZING. I was actually was surprised that how much the Anglo-Saxon where so much about equality between men and women. Gwenhwyfar was a baddass queen who did as much work as Arthur for Brittia. She was noble, kindhearted. you know the IDEAL queen. There is a reason why I despise Guinevere in the Arthurian Legend. It isn't not just the fact she cheated on Arthur, but the fact all she ever was for was looking pretty. That was what Arthur, Lancelot, Mordred and Melagaunt where after her. Because she owh so STUNNING. That is all she is for. TO LOOK PRETTY. What else does Guinevere have... *hears crickets*. Yeah nothing. So tbh I see no reason why the hell they where either in love with her. This is why Gwen is far more like Gwenhwyfar then Guinevere. She isn't just for looking pretty, even though I find Angel Coulby gorgeous woman, but she also has a personality, her flaws and yeah basically a PERSON. I like the fact how the writers of Merlin are shaking this up when it concerns the Legend. I am getting fed up with people saying that this show is nothing like the legend. Are those idiots ore what. There are SO MANY versions. There are versions where Lancelot doesn't exist. There are version where Guinevere doesn't cheat on Arthur and Lancelot DIES IN BATTLE *evil grin*. And so many more. This version is just like any other version of the Arthurian Legend. It never occurs to them that the writers actually want something original. Because honestly Lancelot/Guinevere are ridiculous, boring, flat and honestly no good romantic love story. THERE IS NOTHING ROMANTIC ABOUT ADULTERY. Maybe that is the reason why the writers of this show want a Arthur/Guinevere romance for the very first time in what CENTURIES> It is time these people should know the ORIGINAL love story. I despise those idiotic french people for ruining my favorite character. I hate the fact how they turned the Arthurian Legend some cheap medieval soap opera with rape, incest, women degrading shit. Woow that was some rant. mind me people I have this sometimes. Whenever I feel something strongly about something I can get to PASSIONATE. To put it delicate LMAO
LadyKnighton ^ I agree with all you have said.
MsLondon2u Not sure if AngelGirl1992 will see this but i loved this! Well said, well done. I am not of Welsh ancestry but i have always hated that I loved the Queen of Camelot but they made her a thing of only beauty and most times ...no substance. Angel has took Guinevere and put her where she should be. Further...Angel took a role and worked it. They played down her looks and she was ok with that. Yet ,like you when I saw the first episode i was kinda hooked and i thought where are they going with this. So i looked up Angel's bio and her bio pics. She is a very a beautiful woman but more than that she is vastly talented and was again able to play a humble role that has blown up and i so admire where she has taken Guinevere to as well. Thanks so much for your point. It was well worth it.
Arthur and Gwen Conversations season 3
posted by RosalynCabenson 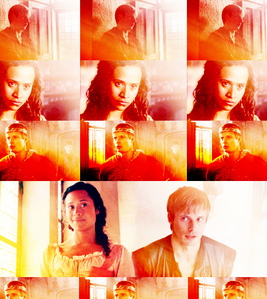 Arthur's Chambers. Gwen knocks on the open door and Arthur turns around]
Gwen: I'm sorry, I didn't mean to...
Arthur: No. Come in, please.
Gwen: How is your father?
Arthur: I could do with him here.
Gwen: 당신 should have 더 많이 faith in yourself.
Arthur: What are the people saying.
Gwen: They are glad that 당신 have taken charge.
Arthur: I've committed them to a siege. There's going to be casualties, Gwen.
[Gwen steps 앞으로 and places a hand on Arthur's arm]
Gwen: I trust you, Arthur. 더 많이 than Uther. 더 많이 than any man. Worry is not a wise counsel. Forget everything else....
continue reading... 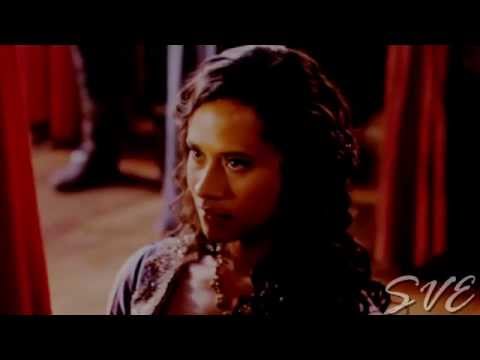 2
All in the Eyes of a Boy (Arthur/Gwen)
added by sk91
Credit: SVEvenstar
video
arthur
gwen
arwen
merlin
fanvid 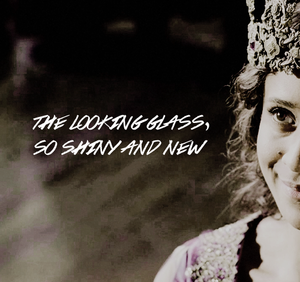 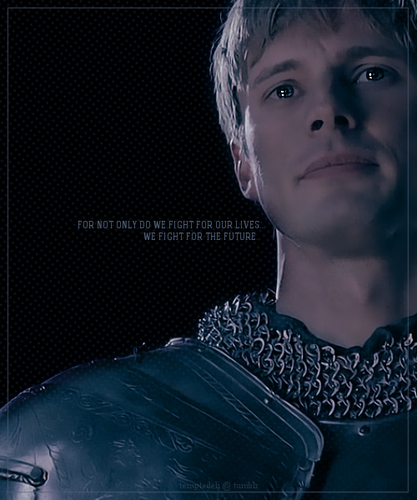 1
For the 사랑 of Camelot
added by EPaws
Source: temptedeli 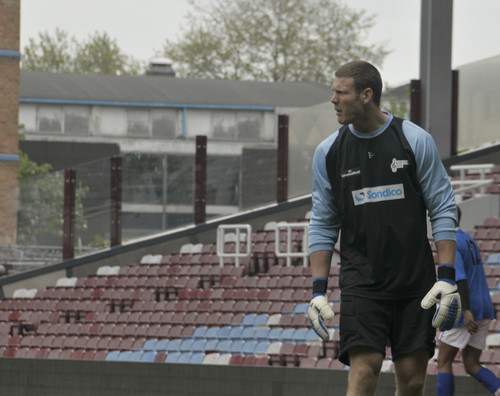 Cause We Did Not Have Nearly Enough Good 축구 Six West Ham Shots
added by EPaws
Source: colinbradley 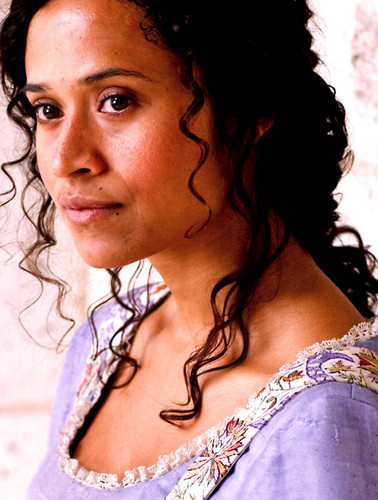 Guinevere turns at the sound of a soft knock at the door. “Oh,” she says, seeing it is only Merlin’s prat friend Arthur. “He’s sleeping, finally,” she says.

Arthur steps in. “Guinevere,” he greets her coolly, used to her standoffish demeanor. She notices melting snowflakes on the shoulders of his black greatcoat and on the crown of his blonde hair.

“Is it still snowing?” she asks, fussing over Merlin’s pale thin frame in the hospital bed, tucking his blankets up under his chin.


Lunch?
Three 분 pass, then Gwen’s phone vibrates on her desk. Sorry, I have a lunch meeting today.
Another one? Okay. She puts her phone down on her desk, trying not to slam it on the hard surface. There is a bad feeling in the pit of her stomach that has been plaguing her since Sunday night, when Arthur chose to go 집 instead of staying another night.
He’s allowed to sleep in his own bed. He’s paying rent on the place, he should spend some time there, she had told herself....
continue reading...
2
당신 will see at the Dance
posted by Arina0122
Ladies, thank 당신 for your inspiration. I have never written before and this is my first 팬 fiction. Please forgive any errors: grammar, typos and etc.

Okay, so I lied. The last chapter is not my last chapter. Tassja_G was supposed to finish us up, but real life has gotten in the way, so I once again have the honors.

Arthur stares into the rear-view mirror, watching the motorcycle parked behind him, its lights flashing, as he sits on the shoulder of Los Angeles’ I-5.
He sighs, watching the officer climb off the bike, remove his 헬멧 and set it on the 좌석 of his bike.
Scratch that.
He watches the officer...
continue reading...
More Cards
1234567891011