TARDIS Database - The Doctor
posted by MissChicky97
"The Doctor" is the primary alias of a renegade Time Lord from the planet Gallifrey who journeys through time and 우주 with various companions in his obsolete and stolen Type 40 TARDIS.

Though largely a believer in non-violent conflict resolution, he is at times a great warrior. Indeed, some civilizations in the universe translated the word 'doctor' as 'warrior', whilst others saw him as a compassionate benefactor, worthy of their admiration and assistance.

Numerous good deeds aside, he was indisputably responsible for billions of deaths at his conclusion to the Last Great Time War. He was virtually the only Time Lord survivor of that great conflict with the Daleks, largely because he ended it 의해 obliterating both races.

From the latter years of his first incarnation onward, he had a pronounced affinity for Earth and the human race. Even before the destruction of Gallifrey, the Doctor spent much 더 많이 time on Earth than on his homeworld. 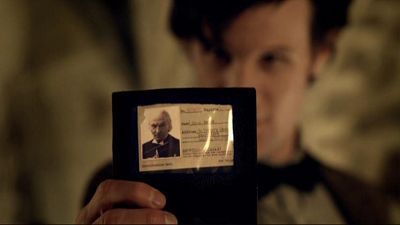