OCs for Before the After
posted by SilverWings13 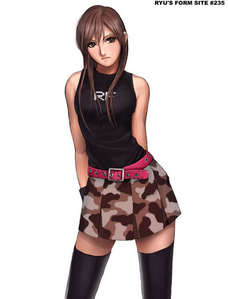 Saber Tooth
These three are all members of the Pack (Dunno what that is? I'm getting to it...). They are the only three (at the moment) that I'll be doing for this 기사 (I say this cuz I do know there are three not on here that are in the articles. First person to guess why, gets a shiny prop!) They for Before the After purposes only! No accounts, no using in other 기사 for 당신 peeps. I'll stop being bossy and make the bios now.

History: lived in south Georgia (speaks with a slight southern accent) until her parents divorced. Moved to Gotham with her father. Was recruited into the Pack as an initiate and Sam became head superior (basically the big boss man of the Pack).

Occupation: Junior Initiate of the Pack

Weapon of Choice: None.

History: Jumped from foster 집 to foster 집 until being recruited into the Pack.

Occupation: Junior Initiate of the Pack

Weapon of Choice: Bow and arrows

History: Lived on the streets until he was recruited 의해 the Pack.

Occupation: Senior Initiate of the Pack 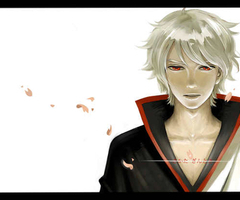 Bandit's Bow and Arrow's
AislingYJ Sweet!! Hmmm...taking a wild guess here: are the other 3 omitted because we already know them, possibly?
SilverWings13 ^Ding ding ding!

Bentley
added by Mclovin_69
Harley to skylar
posted by Obscurity98
Trying to explain to Skylar why and what she wont say, and why the past may not matter, and why life sucks

Why is it a sin?
Does it really matter where i've been?
Life can take us on journeys
that no one else would understand.

If life is a sin,
Why don't we just stop livin'?
For us life may not be true,
life throws us 불, 화재 and we wont know what to do.

사랑 is part of life,
But living is sin,
It makes no sense anymore,
we will never win.

사랑 is lie, that we just keep on livin'
becasue life is a sin,
i will never understand,
Even though i aint perfect,

I am emotional,
But 당신 wouldn't understand
i am some one else,
B/c i'm not really who u tihnk i am,
iam, iam.

Articles she WILL appear in: “The Triangle” 의해 Bakes2389

Powers: Ability of which she can control someone, 또는 a group...
continue reading...
Nudge info *updated*
posted by XxKFforeverXx

Past: Created as a experiment just like Fang, Nudge escaped at the age of 9 along with Max, Izzy, The Gasman, Angel, and Kylie. She traveled wherever Fang went, except when it came to dealing with Seraphs. Nudge was a hero, until her powers spiraled and went out of control. Turning her eyes completely red.

Notes: -Nudge has a 10 년 old brother named Keaton
-Nudge has long hair in civvies and short hair in villain
-She is part vampire
-Nudge now has black bat wings.

Abe&Cain
added by -BelovedRobin
1
15 Suggestions for Making Good OCs
posted by AislingYJ
Okay don't be hating on me for this, I'm not trying to start a fight. I just think that we'd all be better off if we at least read these and thought about them, even if just for a second. I'm gonna say this right now: these are not cut-and-dry rules. 의해 no means am I forcing 당신 to follow them, and there will be exceptions. These are just suggestions, on how to make your OCs well liked and better off. So, with that being said, in no particular order, here are 15 suggestions for making good OCs.
1. Ask yourself if making a new OC is really necessary.. Don't contribute to the overcrowding unless...
continue reading...

Since I kind of deleted Nudge.....

Name: Jessica “Jess” Crane
Age: 15
Alias: Sift
Occupation: Hero
Powers: Escape artist
Able to generate force fields
Sift is skilled in hand-to-hand combat. In addition to being a master of 기중기, 크레인 style Kung-Fu, which she utilizes in a self-created style of combat known as "violent dancing" which also uses drunken boxing and makes use of her long arms and legs.
Sift greatly understands the power and uses of fear. With this knowledge, she knows how to use words to affect a person's actions, once managing to drive two men to suicide with nothing but words. She also...
continue reading...
More Cards
1234567891011