11
Alice's Journal Part 9
posted by just_bella
We walked down a path that we had never been down before. We walked for about a mile without seeing anything, when we crested the 상단, 맨 위로 of a 언덕, 힐 we began to see a large building with many smaller buildings off of it rising over the 다음 hill.

I didn't know what this place was, but I was 더 많이 the sure that this wasn't going to be somewhere to eat 또는 get ice cream.

I'm sorry, I have to stop now. I hear someone coming down the hall. I have to hide this before it is taken away."

That must have been the end of that entry because Jasper put the book down and kissed the 상단, 맨 위로 of my head again, pulling me out of the dream that I was having while he was reading.

I picked the book up off the 침상, 소파 and put it on his desk. I took a deep breath and turned back towards him.

"Lets stop for today, I think we've read enough. We should go downstairs and see what everyone else is up to." I said smiling up at him.

We walked out of the 도서관, 라이브러리 and down into the living room. Emmett and Rosalie were fighting over what to watch on the televison, Esme was walking around straightening up even if it wasn't needed and Edward was sitting at the piano.

He was playing 더 많이 since he met Bella, it makes everyone happy to hear him play because he puts so much of himself into his music.

He smiled up at me as Jasper and I came down the stairs.

"How 당신 doing "tiny"" He thought and then laughed out loud.

Everyone turned and looked at him, Esme just shook her head. She was so use to all of our little isms that we all had. Rose and Emmett just glard at me and then looked to Edward and went back to trying to find out what they were going to watch.

Jasper let go of my hand and walked over to the computers and began searching Amazon.com for his 다음 books.

I went over and sat 다음 to Edward on the 피아노 bench, neither of us said anything. He kept playing the song that he was workingon and I began 노래 along working my voice into the melody.

We did this for a few 분 until the song ended, then he turned to face me.

"So, do 당신 want to talk about it 또는 would 당신 rather get to planning Bella's birthday?" He laughed.

I got super excited, I don't get to plan partys often but when I do I tend to go all out. I got so excited that I started bouncing on the chair, it must have gotten pretty bad because Edward put his hand on my shoulders to keep me from bouncing off.

"Ohhh, this will be fun!!" I said excitedly.

I closed my eyes and searched into the future trying to see how she would react to the party. Everything was kind of fuzzy because the plans hand't been made complete.

I saw lots of pink, which I knew she would probably hate. I also saw a large white cake with 담홍색, 핑크 flowers, I would have to get to ordering that soon so it would be ready in time for her party.

"Ok, I think we should go all out, I mean she's 18 and that only happens once for us." I said quickly wishing I would have thought it through before I said it.

Edward looked at me and growled quietly. I knew how he felt about this whole topic, but what I saw is usually how it is going to be and I saw origionally either Edward killing her 또는 Bella being one of us. Since he hadn't killed her in the meadow, I assumed that this would happen.

Edward however had diffrent opinions about all of this. If he had it his way she would stay human and age normally with him 의해 her side as long as she wanted him.

"It's not like 당신 don't know what all of us are thinking anyway." Rose said jokingly.

"Well everything is still kind of fuzzy, I know that Jazz, Alice and Emmett are going to get her a stero for her truck since 당신 say often how bad hers is. 당신 want to get a 피아노 so 당신 can play for her in her room? Oh come on!! She will never go with that, 당신 know she will FREAK OUT about that!" I laughed.

I saw an image of Edward climbing into Bella's window with a super keyboard and getting it set up while she was gone so that he could play for her. She would NOT like that, in the last 6 months Bella and I have become very close and I know she would spaz about that.

"Esme and Carlisle aren't positive about their gift." I began to say when Esme interrupted me.

"Don't go looking into that Alice, we want that one to be a suprise as long as possible." She said in her stern mother voice.

Now that my intrest was peaked I looked into the future and saw what could be plane tickets, but that quickly changed into a car, a new outfit, some flowers, and finally a pony. I couldn't help but laugh at the last one.

I tuned to Esme and stuck my tongue out at her, she just laughed at me and went back to cleaning.

"We should invitie...wait no, we should tell her when and where so she can't back out." I said laughing as I imagnined the look on her face.

"She's not going to be happy is she?" He asked in a somber tone.

"Maybe not at first, but things will go perfect and she will 사랑 당신 even 더 많이 after." I said smiling at him.

He was so much happier since meeting her, it's changed him in so many ways. I don't think he would be able to survive without her anymore.

"Hello?" He asked as he pushed on my shoulder.

"Oops, my thoughts gave me away again huh?" I laughed.

"Yeah, and your right. I don't know how I would survive without her. So how's the book?" He asked changing the subject again.

I noticed that everyone was paying attention now, with the exception of Jasper. He was still looking for new 책 and already knew what was happening in the journal.

"Well, after he slapped me to the ground my father made me tell him a story that we could use when people asked about what happened. Then we went to chuch and looked like a big happy family. Cynthia and I got really excited when he announced that we were going to make a side trip on the way home. We thought it would be ice cream 또는 possibly lunch, but I think we were both wrong. We walked over a 언덕, 힐 and saw this large building coming up over a 언덕, 힐 and that's where I had to stop writing." I said quietly.

Esme came over and put her hands on my shoulder and gently kissed my head.

"Oh honey, 당신 must have been so scared. I'm sorry to hear that your old family was so horrible to you." She said, I smiled at the way she said "old family."

I smiled up at her and looked around at my true family. Esme the caring/loving mother who would do anything for us. Emmett the big/strong/caring brother who acted tougher then anyone but has a "heart of gold." Rose who was very difficult at times but was so caring if 당신 got to know her. Jasper my true 사랑 who knew me better then I knew myself. Carlisle must be at work already, but he is the leader of this family, he was the wisest and quickest of any of us, and Edward my closest brother.

He and I were closer then any of the other siblings, we understood everything about eachother and I knew that we would go to the ends of the planet for eachother if needed.

I was so lucky to have the family I have now, we were a little strange, but we were strong and united and nothing could break us apart 또는 change that.
SonyLoveJustin, Nikkiekierans and 9 others like this
just_bella ok this one is really long now too, man I must be in the zone tonight. This story is going to change, I am still going to have her journal entries but I'm also going to go into some New Moon from her perspective. Hope people enjoy it as much as I do.
jamiesue00 AMAZING!!
bitten_byedward I love it! Really good! Your awesome!
lovethecullens This is very good!!I love Alice it is great to get to hear her point of view!
teamalice_0 sweet
alicecullensBFF omg need more of alice reading from her journal!! and of course i dont mind the length... make it longer even if u wuld lyk every1 enjoys it! :D
EdandJa i like its cool 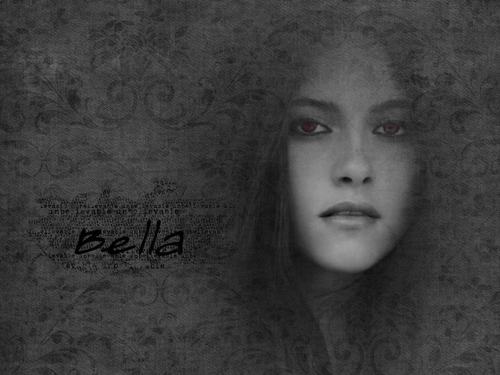