6
LJC News: Edward Cullen and Bella 백조 AND Renesmee.
posted by LinaJC
OMG. Finally, I was able to get an- oops sorry, I forgot to introduce myself. This is LJC News. I'm your host, Lina. So, as I was saying, I finally, got an interview with Edward Cullen and Bella 백조 AND Renesmee! I was so pumped, that I got to the Cullen's house 10 분 before the time we agreed on! I sat there for about 5 분 practicing what I was going to say when, I saw Edward and Bella come out of the blue with, *GASP* Little Renesmee in Bella's arms! "Hi!" I say excitedly. "Hello, Lina" says Edward in his alluring, velvet smooth voice. "Hello, Bellla" i say to Bella. Then I turn to Renesmee and say "Hey, Nessie!" and she smiles at me! Her smile was just so vibrant and happy, 당신 can't help but smile, too. Her smile is contagious. "So... Are 당신 guys happy?" "Of course" Edward says. "I wouldn't imagine myself with anyone else than Bella Swan." Awww! "So, why did 당신 name Renesmee, renesmee?" i ask Bella. "Well, because I 사랑 my mother and I also 사랑 Edward's mother, cuz she makes me feel like I'm a daughter to her. And I wanted the baby's name to have something to do with the 2 most important ladies in my life." "And I also understand that if your baby was a boy, 당신 would have named it EJ? Why EJ?" "Because Edward is my soul mate obviously and Jacob is my best friend and I 사랑 him to death, and, like Renesmee, I wanted to have both of them to have something to do with the name of my child.'' "So tell me, how is Renesmee doing? Is she healthy?" "Well, I don't know much about vampire babies, but according to Carlisle, she is very healthy, and she should be staying like that." "Well, I have to go, so is there anything else 당신 would like to add to this interview?" Edward speaks up and says, "I just want to say that I am very proud to be the father of this beautiful child and I 사랑 Renesmee and Bella! And LJC News is my 가장 좋아하는 News broadcast!" Haha. Oh Edward. Such a gentleman. Well there 당신 have it. An exclusive interview with Bella 백조 and Edward Cullen! This has been a LJC News broadcast. UNtil 다음 time!
babsexylouise, JoseVanders and 4 others like this
JoseVanders Lol cool :)
4
Tainted Blood chapter one
posted by Pirate_4_life
I have thought about 글쓰기 my own story for quite some time, with my main influence being twilight-7. She has an amazing 글쓰기 style and has kept me and many others enthralled 의해 her captivating story. I don’t want anyone to think that my stories will be in any way shape 또는 form nearly as good as hers but I will give it a try and if no-one likes it then I will simply give up and try something new.
Suggestions and 코멘트 will be kindly welcomed throughout.


I sit alone in my room in silence, 7pm, another sleepless night ahead. Although I don’t seem to get tired, I just sit and...
continue reading...
9
Bella's alternative- chapter 6
posted by yazangi 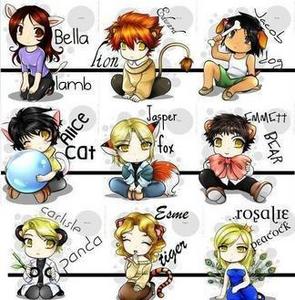 Okay well I don't know where this is going but I hope it turns out good.
So Bella's getting ready to 옮기기 into the huse that Billy gives her 의해 the river right in the middle of the treaty line.
"Bella, 당신 sure 당신 can go live out there all alone in the middle of...nowhere?" Charlie asked concerned.
"Actually dad I never really thought about that, wow, um, I really didn't think about it!" Bella replied stunned.
So Bella calls over Seth and Leah- Bella's friend bcause they know how eacher other feel. They were perfect to live with her in her house, good company and good protection.
The boys down...
continue reading...
3
Midnight sun Chapter 2 Suprise
posted by H20girlH20
i woke up like at 8:09 i was walking to the kitchen. i saw Esme and Carlise. also Rosalie and Emmett. "good moring" "hi Karina how was you're sleep?" said Emmett. "fine thanks for telling me" i said "were bella and Edward also Renesemmen?" i said "well Renesemmen is in her room, and Edward and Bella are outside hunting." said Esme. i heard footsteps it was renesemmen "hi aunt Karina.!!" said renesemmen. i smiled. Esme pulled out 빵 "here 당신 go." she said "thanks" i cried. i saw the door open it was Bella and Edward. "Bella!!!! Edward" i yelled i ran up and gave them a hug. "hi Karina."...
continue reading...
4
Chapter 3. Sweet Sweet Revenge
posted by twerdx24x1
Edward comes into the house and says” What the hell is all my stuff doing in the garage?” Then i stood and looked Edward in the face and said “we have company who is living with us now. Don’t be rude come 가입하기 us.” In my head i was thinking to him. ‘They just showed up and knew our names and everything about us. It was awkward at first and then i gave them a tour and Alice saw your room and wanted it. So I helped her with your stuff. Paybacks a pain in the butt, 당신 shouldn’t have of been mean to me while i was being transformed. Oh yeah, I heard every word 당신 said about me.’...
continue reading...
26
Chapter 13: THE WEDDING!!!!!!!!!!!!!!!!!!!!!
posted by mrsblack_1089
Yup, the wedding.


The week passed in a blur. Alice was able to successfully invite all of the guests. Rachel, Paul and Rebecca stopped 의해 on Monday, taking the quickest flight to Washington they could manage. Jacob had been overjoyed to see Paul (who had married Rachel last year) and they had a boys-night-out, I guess you'd say. I talked endlessly to Rachel and Rebecca, my new sisters-in-law. I loved them immediately.
Leah and Emily came 의해 더 많이 often as well, first to try on their dresses, then to simply visit me. Emily was a sweetheart, while Leah took some 더 많이 getting used to, but we became...
continue reading...
27
Chapter 8
posted by mrsblack_1089
Chapter 9, here we come!! =D


Aunt Rosalie drove up a little later, avoiding all eye contact. Dad kept a smug smile on his face as he read her embarrassed thoughts. She held her head up high as she tossed Jacob's keys to him. "Your engine is terrible, 의해 the way," she said. She walked in the house, her nose still in the air, trying to hold on to what dignity she had left. I would have laughed, except I liked my head on my body. "I like it that way!" Jacob yelled after her. As soon as she was out of earshot, Jacob turned to Dad, his face falling a little. "Does it run badly?" he asked. Dad shook...
continue reading...
8
My Opinion of The Twilight Movie (WARNING: SPOILERS)
posted by 1treehillfan
I had an original 기사 that was like 8 pages that said my opinion on every single scene (lol) but I decided to shorten it and put it up here ;D. Ummm... I'm pretty critical, but please don't bash me if 당신 don't agree. This is simply my opinion. It's not like it even matters... LOL

One Word: Disappointment. If anyone asked me to describe the movie to them, that is what I would say. It was a disappointment. And, I think that's a generous statement for how awful it was.
(Now, to the people that loved the twilight movie, I'm sorry I don't agree with you. But, again, don't get really angry......
continue reading...
6
Twilight 팬 Sites
posted by cherry6chick
Hey! Do 당신 guys know a good twilight 팬 site? Help us all out and tell us... so we can go on!
Heres the cool site I found: www.freewebs.com/twilighttrailer
I think that 당신 all know of stephenie's website..... stepheniemeyer.com

Speaking of stephenie's website... did any of 당신 see the "quote of the day" thing she's doing!? I 사랑 that idea! what do 당신 guys think? I like the idea.. and I just cant wait to read Breaking Dawn! The movie should be good too :) 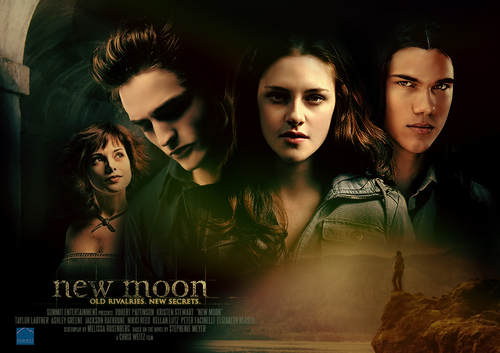 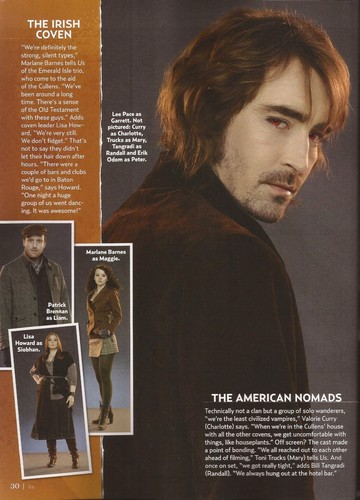 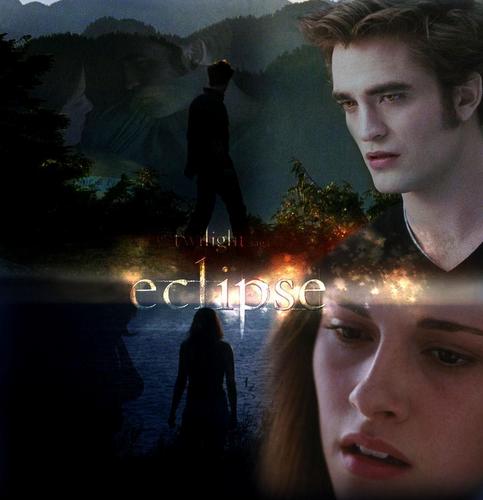 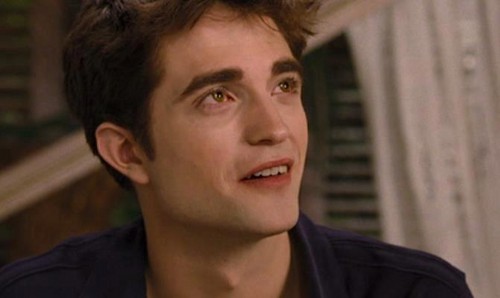 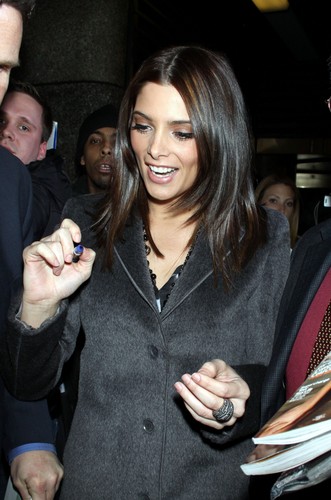 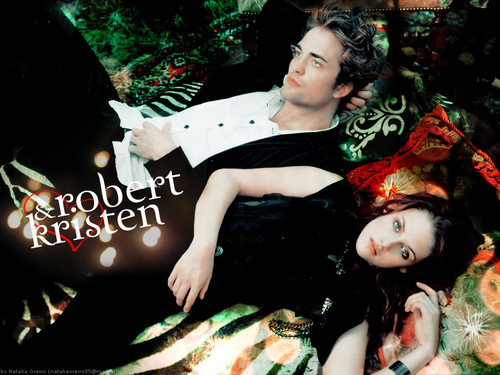 6
Bella and Edward
added by xIsax 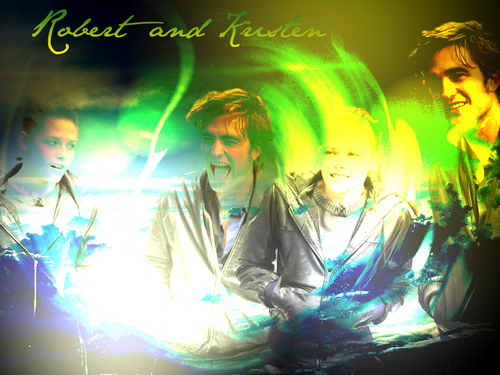 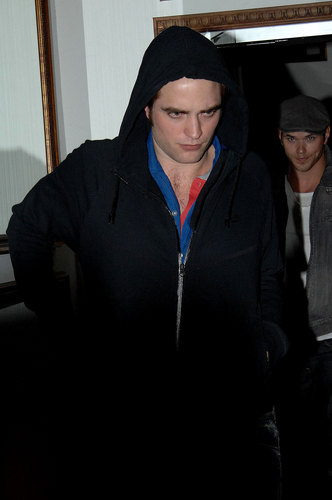