Note: Manu and Maya are the two Asian elephants from Madagascar 3: Europe’s Most Wanted. While they did not have any lines, I thought it’d be interesting to play with their characters. I wanted to go in a direction that would show a close bond between the two siblings. As a side note, in the movie’s commentary, it is revealed that they are German. The term “Mutti” means mom.

It was dark. They were in a large shipping crate, with only a strip cut along the 상단, 맨 위로 of the long sides to provide them with some fresh air, which were lined with bars, like a partial cage. Now, only night air seeped in, along the sounds of water crashing along the side of the ship outside. The starless night offered no light to them; only the very dim fluorescent light that just barely crept overtop the other shipping containers that surrounded theirs from the ship’s decks.

“Where do 당신 think they’re taking us? What’s a circus?” Maya asked, reaching in the direction of her older brother’s voice. He was only a few inches away from her, and he wrapped her 트렁크 in his.

“I don’t know, Maya,” Manu replied. “Those, um, things—Mutti told me they’re called humans—said something about this circus buying us, whatever that means.”

Maya squinted, trying to see Manu’s face in the dark. “Where is Mutti? The humans said something about—what were they called?”

“Poachers,” Manu said regretfully. “They, um, took Mutti away.” He was six, and Maya was only a 년 old. She was too young to know certain things.

Maya winced. She remembered that dreadful day, just last week, when Mutti rushed them through the jungle and told them to hide in this cave covered with thick brush. Maya and Manu tried to ask what was wrong, but Mutti said that everything was fine. She said they were playing a little game, that was all. She said that to win, they had to stay absolutely silent and not come out until she came to get them. She said she loved them both, and to look out for each other. Then she hurried off.

Not too long after, they heard these loud pops in the near distance. Manu had hugged his sister close as they heard the sound of an elephant’s trumpet, and then silence. They didn’t 옮기기 from their hiding place until morning, and they couldn’t find Mutti anywhere. Then these humans found them. They said something about them being very young, and that they wouldn’t survive on their own. Manu overheard them cursing the poachers for taking their mother under their breath. They took them in, and then this nice lady human told them that a nice circus would take care of them. Mutti had never taught Manu about circuses, and the thought of the unknown scared him. He had to be 메리다와 마법의 숲 for his sister, though.

“Where did they take her, Manu?” Maya asked innocently. She still didn’t understand exactly what happened that day.

Manu remained silent for a moment. “They took her to a very nice place, Maya,” he said softly. “She’s in a much better place than anywhere we could ever find.”

Maya tried to feel relieved, but Manu’s 트렁크 was tense around hers. She didn’t know why he seemed so upset, but she didn’t ask. Mainly because she was afraid to. “Will she come back for us?” she asked hopefully.

Manu squeezed her 트렁크 tighter. “No, Maya. But it’s not her fault. She loved us dearly. It was just out of her control. You’ll understand one day,” he assured her, grateful for the darkness hiding his expression.

Maya felt sad again. She rested her head against her brother’s. “What do we do now, Manu? I’m scared.”

“I know, Maya. I am, too. But as long as we stick together, we’ll be okay. I promise. You’re all that I have, Maya. You’re my sister, and I’ll always protect you,” Manu said holding her closer.

Maya found comfort in her brother’s embrace. “I 사랑 you, Manu,” she said softly.

Manu looked at the pitch black sky from the opening in the crate. “I 사랑 you, too, Maya.”
Sassl, hitechinstitute and 1 other like this
27Kowalski Aw, that was sad. Good work, though. :)
peacebaby7 @27K: Thanks. :3 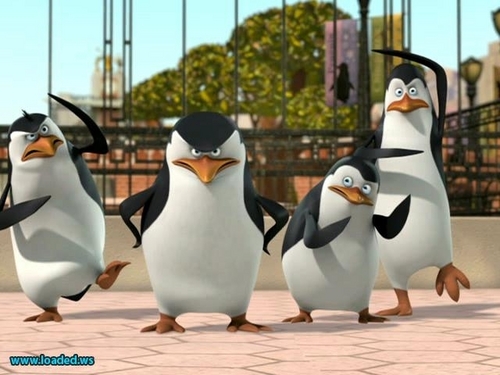 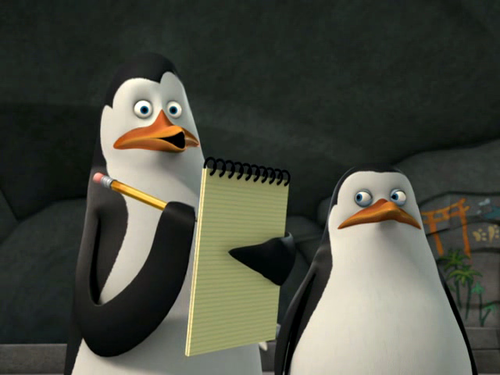 3
Oohhh....
added by candlefairy_13
Source: Roomies
4
It. Chapter 11: Huha Huha
posted by 67Dodge
After the toilet incident, the Penguins grew constantly vigilant, they blocked the toilet everytime they were done using it, they put a slab of concrete over their sewer entrance, and they covered up everything that could drain into the sewer. " Everything's in check Skipper, is it a great job so far?" asked Kowalski. "Not entirely, we can't just assume anything Kowalski, we will have to do a challenge to determine who will stay here to guard the HQ while the rest of us will be up on the 상단, 맨 위로 level exercising and training," said Skipper. "I think it would be a good idea, as long as everyone...
continue reading...
2
Operation: Challenge— Prompt 11: Eyes 04.08.15
posted by peacebaby7
Eyes 04.08.15

Note: This may contain spoilers for the Penguins of Madagascar Movie.

Dave the octopus grinned as he picked up a ping on his sonar in his submarine. Just as he’d expected.

He turned to one of his octopus henchmen. “Will Smith have my cages ready?” he asked.

The henchman mumbled a response in octopus speak.

Dave smiled. “Excellent. Tell the others to get in position,” he ordered. The henchman saluted with a slimy tentacle and hurried off.

Dave slithered out of the room to his large storage room, where all the penguins from zoos and aquariums around the world were...
continue reading... 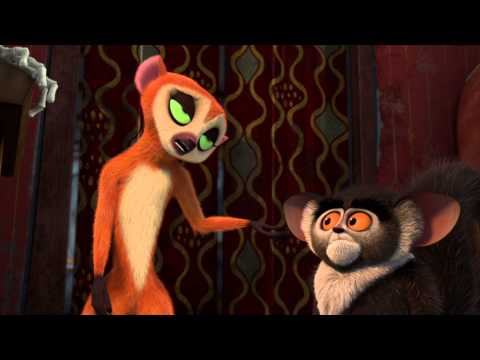 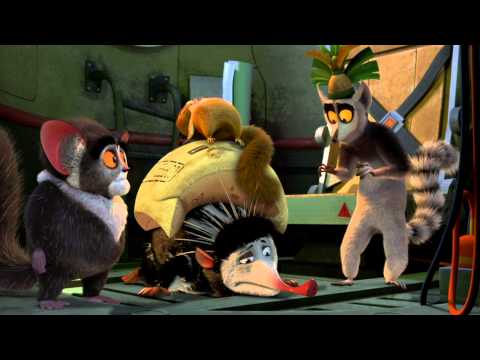 Big news!, this has never been done until now, apparently there is research being done on Fanfiction!. I couldn't believe it when I received a survey in my inbox. Who knew so many people were interested in our work?!.

Take ten 분 to fill out this survey, it doesn't matter weither your a writer 또는 just enjoy 읽기 fanfics, your information will help. Don't worry it's completely anonymous, who knows? maybe this could be the start of something great for Fanfiction, maybe finally our work will be recognized!. :D

3
Look what I found on 9GAG!
added by 27Kowalski
Source: 9GAG 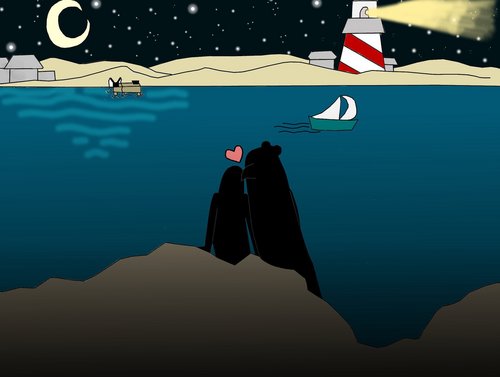 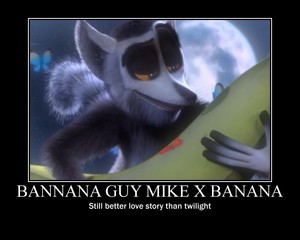 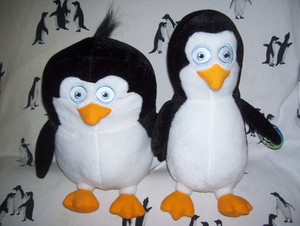 Note: This installment is humanized.

Skipper sat in the emergency room waiting area, his face in his hands, as he waited for the doctor to come back with news. His college roommate and best friend, Kowalski, sat 다음 to him, wishing he could think of something to say to bring him comfort. They’d been waiting there for almost an hour. Finally, a surgeon stepped out of the operating room, her hands and arms wet after scrubbing out. She pulled his face mask under her chin.

“Mr. Guin?” she inquired toward Skipper, who stood. 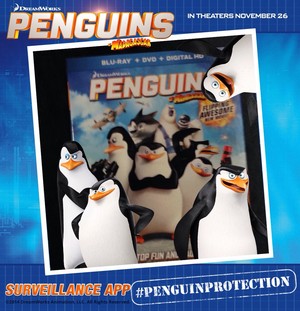 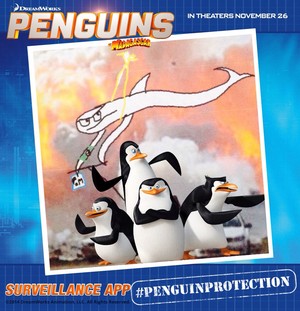 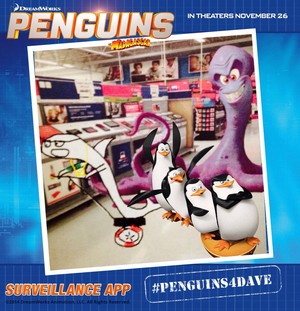 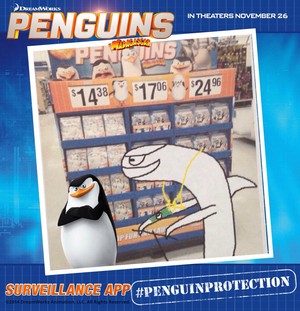 Found the DVD!
added by DrBsNumber1Fan
Source: ME! 펭귄 Surveillance App
1
What Does The Julien Say 의해 Marlene
posted by MorG14
Marlene: I know how to teach Eva her bird sounds Skipper in a song but there's one I don't know Skipper: Start 노래 Marlene: (sings) Skipper Freaks People Out Rico goes jerk and the Private goes will 당신 go out on a 날짜 with me Eva is dumb and Kowalski stresses out shyly Alice goes my great great grandparents Classified runs away from Dave the Octopus but theres one sound that no one knows what does the Julien say

4
♪Skilene ~ Could it Be♪
added by 27Kowalski
Happy Valentine's Day, guys! :3 I hope 당신 like the video. It's just a lil' something I put together for today. Also, the song "Could it Be" is from "Kim Possible" if 당신 were wondering. I thought it was great for Skipper and Marlene. :3
video
마다가스카의 펭귄
skipper
marlene
valentine's 일
could it be
kim possible
song
음악 video
valentine
14th february
skilene