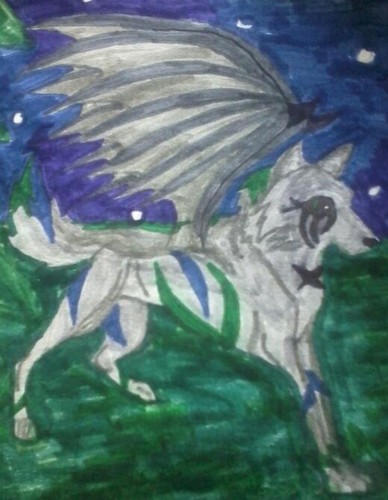 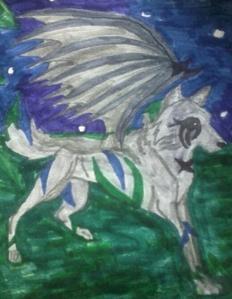 half demon half regular wolf
Name: finnvarra
Sex: female
Eye color: glowing green
Fur color: grey with green, blue, and black markings.
Rank: lone wolf, but would be an alpha if she was in a pack.
Bio: she was outcast from her pack when she was a pup, because her pack was very supersticious and found markings on her that were disturbing to them. She was left to die in the northern reaches of the land. She discovered that she had powerd at an early age.she learned from some of the 늑대 in the north who had almost no rules in their packs.she joined a pack there and learned to kill.she ended up leaving that pack because the...
continue reading...
More Cards
1234567891011