before i beggin, i have to make clear that i don't have the intention to ofend anybody, and my english is a little bad,so am sorry for it

For this is i am going to ignore sequels
note: i didn't add 이미지 cause i still have to learn how

i have to say it always bother me the fact than he didn't went to find her himself , it would had been easer for the duke as he knows how the girl looks.
i also sometimes doubt that he would pick her if he had seen her in her maid costume.
My biggest problem is that 신데렐라 have a lot of positive attributes , she is kind,persistent, and also has a bit of sense of humor , all of this he just seem to 사랑 her beauty , it´s a little shallow for me and she deserves someone who really apreciate her
I always find 신데렐라 had confussed 사랑 to her desire to leave her 집


[b] 10.Snow white and the prince[b]
I also think this is 더 많이 physical , and even the 키스 didn't convice me of be true love.
Is 더 많이 than ,she is looking for a handsome prince ,he is looking for a beautiful princess and they decide there is true 사랑 because the other is what they are looking for and not because they like each other for who they are

[b] 9.Aurora and Phillip [b]
phillip add points to these figthing a dragon for her and choosing her over a princess
i think it would had been better (i mean if there was another story ) if one of them would not be royalty ,things just came perfect for them
About their relationship; he fell in 사랑 with her for her voice and beauty,also did her , they should had at least talked but they just danced together and already fell in 사랑

[b] 8.Pocahontas and John Smith[b]

they do have a romantic 사랑 story,they have good scenes and both are good characters.
He takes a shoot to protect her dad and she would rather him being sane and 안전한, 안전 even if that means they could be together in the moment,Still a little shallow from his side

My problem is actually 더 많이 personal
I saw pocahontas for the first time when i wasn't really younger
The pocahontas movie i saw was another (that i can't remember which company belongs) but that pocahontas was a girl (like 12 years old) and John Smith was a grow man (more than 20) , i loved that movie and when i saw pocahontas and john smith i just couldn't picture that girl and that man
i know,not really fair for them

They do fit as a couple, and he risk his life for her and kills the villain. They get points to Eric thinking about give up the mystery girl for her (before being controled 의해 ursula).
Unfortunely,nothing conviced me that their 사랑 is beyond the looks (and voice)

i am not a fan,but i like their interactions
뮬란 is not a 사랑 story,it´s her story , so i can understand why their relationship is not developed.
They are actually realistic as he at the ending ,reminds me of a modern boy askind out a girl 또는 looking a excuse (in his case gave her the helmet) to see her.
The part of if he fell for her being Ping 또는 not still concerning me a little

[b]5.Rapunzel and Flynn[b]
i 사랑 their interactions,they have the best first meeting ever,Rapunzel showed be smart as don't flirt with the strange guy for much good looking he is
They had an atraction at first sight and they travel together first for a deal.
Then began to really fell for each other and loved each other's personality.
Finally they choose the other over their own exactly at the same time.
Also acording to Eugene,they married after a time ,so they got to know each other better for 더 많이 time

[b]4.Anna and Kristoff[b]
I also 사랑 their interactions,as the 사랑 in the story is elsa and anna , they don't have a great role as a couple.
i admit it´s forced , but they are just starting their relationship at the end of the movie
Kristoff to my eyes is an opossite of Hans and i reallt they compliment each other

[b]3.Aladdin and Jasmine[b]
재스민 속, 재 스민 is not looking for a prince,she really wants true 사랑 and a good man.
I don't think she rejects all her suitors for she thinking they don't deserve her (she herself said she is not a prize).
She didn't show interest in prince Aly until she found out he was Aladdin,the guy she knew in the market and was the first human to like her not because she is the princess
The problem was Al´s insecurity to thiking she wants a prince ,that was the reason why he lied a lot

Yes,they are forced
But i 사랑 their interactions and the fact that they still having their dreams,but with the other being part of it
It´s not shallow as Naveen could have all the girls he want but he wanted her ,i´m really sure they don't 사랑 each other just 의해 their looks but their personality
I think the match of their characters is what i really 사랑 and the way they compliments each other

Is one of the few couples that actually conviced me there is true love.
She had the change to leave him when he was hurted 의해 the wolves,but she decided to be grateful and save him.
After that (and a discusion about who was the guilty) they became to be friends, after a time she took care for him as he was become nicer
She is really hurted when he is about to die and her "i 사랑 you" sounds genuine to me
And she was joyfull when she found out the beast was the prince,more than anything cause he was alive ,i really think she would still with him even in his beast from, the thing that made her leave is cause she loved her father 더 많이 (and it is okay for me)
On his side,at first he was forced himself to 사랑 her to broke the spell,became nicer cause finally there was someone who dare to stand to him and didn't wanted to scared her again.
But the real thing is when he decides free her to her be with Maurice, and a few hours before the spell ends,
That scene showed that he really loved her 더 많이 than himself , 당신 don't do that for someone 당신 just 사랑 for beauty.
They teached me when i was a child that when i got married i want someone to 사랑 me for me (i am not a very pretty person)

324anna, BATBfan4lief and 2 others like this
MaidofOrleans Great article! I agree with a lot of your placements. Just a hint on the formatting: when you want something to be bold, you got the first b correct, but you have to put a slash in front of the second one to indicate that you want the bold to stop. So the second one should look like this: [/b] Again, great article! Your English was very good :)
324anna Great article! I was going to say the same thing with MaidofOrleans about your formatting, but anyway, it's not that important. I don't agree with many things, but you explained well why you liked or disliked each couple. Only two observations about Charming and Cinderella: First of all, they BOTH fell in love with each other mainly because of their looks, so in my opinion we shouldn't say that only Cinderella deserves someone who truly appreciates her. Maybe Prince Charming has an equally wonderful personality, doesn't he deserve someone better as well? I'm just saying that we shouldn't blame them, it was love at first sight and that's all. Also, you said: [i]it always bother me the fact than he didn't went to find her himself, it would had been easer for the duke as he knows how the girl looks.[/i] But it wasn't Prince Charming's fault! He said to his father that he would marry the girl who fit in the glass shoe, meaning [i]Cinderella[/i], but the King was eager to see his son getting married, so he took his words [i]literally[/i] and without asking him for his permission, he started searching for a random girl who had the same shoe size as Cindy. Sorry for ranting, I truly enjoyed your article! :) 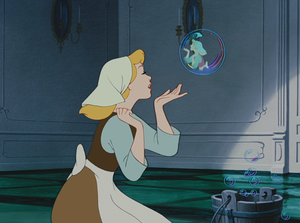 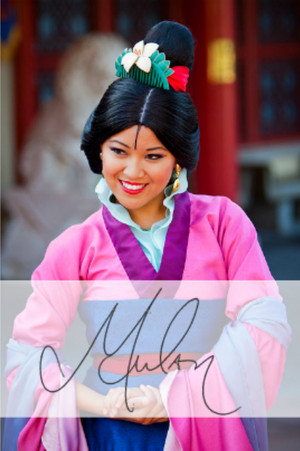 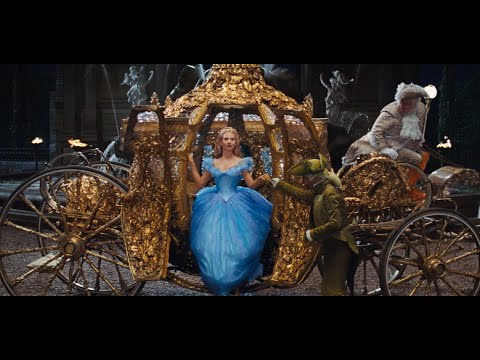 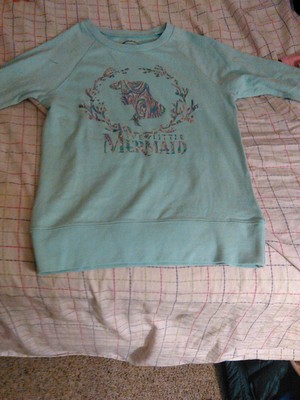 The Little Mermaid 셔츠
added by Winxclubgirl202
Source: Me
1
New Movie featuring Rapunzel, Elsa and Anna!
posted by eilonwygeek1
We can't seem to get enough of these three, who have recently become the most 인기 디즈니 Princesses!! So, why not bring them back in their own film? When a family crisis breaks out the two blonde cousins (which is revealed, as well as the fact that all blondes in the family have powers, thus Anna does not as she is a brunette) must head into action, leaving Anna behind to feel left out. However, as expected, they underestimated the situation and send a distress call. Anna does not believe she will be of any use, but checks it out anyway to see if she could get help for them elsewhere. But what she doesn't know is that she has a different power, one of 사랑 and determination. She must get them out without magic (or cliches!). It is not an easy task, and audiences will be on the edge of their seat! 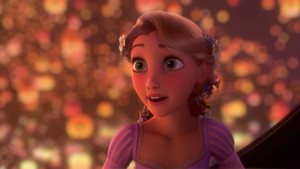 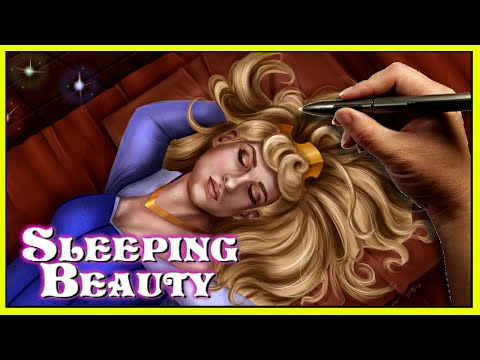 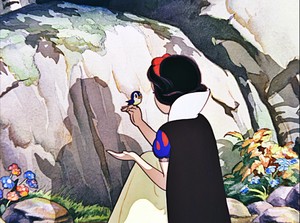 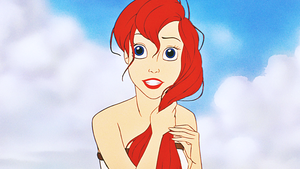 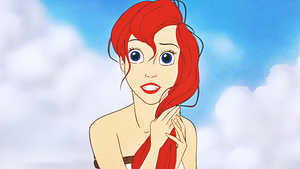 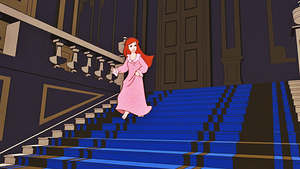 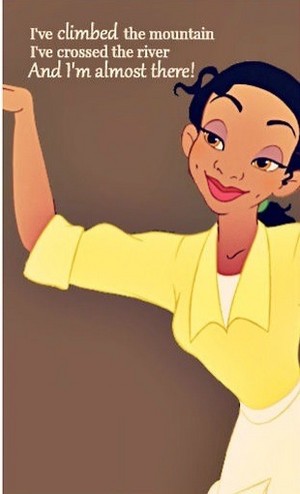 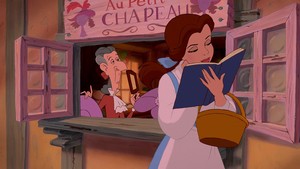 1
~It's No Wonder That Her Name Means Beauty~
added by _CatWoman_
Source: Screenshot 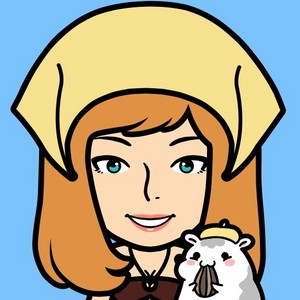 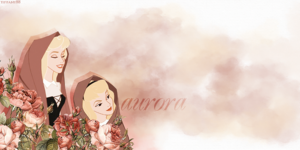 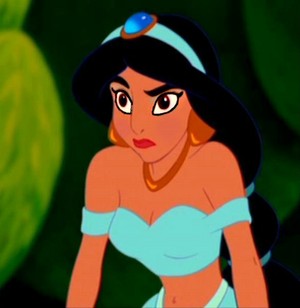 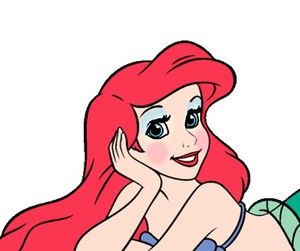